This article is over 12 years, 6 months old
John Rose criticises the recent talk given by philosopher Noam Chomsky in London on the prospects for defending the Palestinian people
Downloading PDF. Please wait...
Wednesday 04 November 2009

Noam Chomsky, publicised as the world’s greatest philosopher, addressed thousands of students in London last Thursday on the subject of Palestine in the era of Obama. The talk at the Institute of Education and sponsored by the Palestinian student society at the School of African & Oriental Studies (Soas), London University, and similar student organisations, was beamed to universities across the UK with additional links to the Middle East. It was chaired by Soas progressive scholar Gilbert Achcar and introduced by Tariq Ali.

Chomsky was listened to in complete silence with a respect bordering on reverence. This placed an enormous responsibility on his shoulders. Here was a young, radical audience – including many Palestinian, Arab and Muslim students, many new to politics, looking for radical answers for a region engulfed in senseless killing and demoralisation.

However, in my opinion, he seriously mishandled his central message which may even have deepened the sense of despair. This was because he gave the impression that Palestine was on the brink of a defeat so severe that Palestinians faced nothing less than in Chomsky’s words “the death of the nation”.

Just to underline the point, he used the ominous concept pioneered by the radical Israeli sociologist Baruch Kimmerling: politicide – “to bring about the dissolution of the Palestinian peoples existence”. To make matters worse, on not one occasion did he even mention briefly the Palestinian liberation movement, appearing to give them no role in resisting the destruction of their own movement. This was to be left to the Boycott Disinvestment & Sanctions (BDS) movement in America and Europe. But even here he mishandled the argument by calling for the BDS movement to focus exclusively on US, UK, EU relations with Israel rather than on Israel directly.

It would be astonishing if many students were not upset by this meeting. Chomsky came very close to defining a Palestinian future akin to the existence endured today by native Americans in the US.

There are even questions marks over the way he began the talk. He argued that the US today defines the Israel Palestine conflict exclusively in terms of the US need to contain Iran and its nuclear threat. Indeed he gave a very powerful piece of evidence to reinforce this view. He said that the day before the Nobel peace prize award to Obama, the Pentagon announced it was accelerating delivery of the most lethal weapons in its arsenal, short of nuclear weapons – 13 ton bombs to be delivered by Stealth bombers designed to destroy deeply hidden bunkers. Planning for this began with the Bush years but languished. The policy was revived when Obama came into office.

The implication here is that Obama is not merely continuing Bush’s policies but is worse than Bush. This, at least, required some explanation, given the high hopes still riding on the Obama presidency. Otherwise the despair generated by his pessimistic predictions for Palestine will be laced with cynicism with a risk of driving students out of politics just as they were about to embrace it. In any case there was an anomaly here. Chomsky later praised former US President Clinton for being ready to “tolerate the diplomatic settlement” that came very close to success between Israeli and Palestinian negotiators at Taba in Egypt in January 2001.

He is right about Taba and for all its limitations, it would have been a vast improvement on the present situation. But if Clinton, of all people, can do it, why not Obama who faces an Iranian president very adept at exploiting the Palestine cause, aided by the most extreme and fanatical Zionist regime in Israeli history. The case for Obama to impose some minimal curbs on Israel even within the narrow confines of cynical US self interest is obvious.

It is exactly the character of the current Israeli regime that makes Chomsky’s failure to discuss prospects for renewed Palestinian and indeed wider Arab resistance so mistaken. His description of the day-by-day deepening crisis driven by Israeli fanaticism, with the US turning a blind eye, was faultless. He described the relentless pace of Israeli settlement annexation of arable land and water resources on the West Bank.

He dramatised it with a peculiarly ugly and thoroughly racist and sexist remark from Moshe Dayan, former Israeli Defence Minister, at the time of the original Israeli land seizure in 1967. Dayan said that the situation resembled the relationship between the Bedouin man and the girl he kidnaps against her will. “You Palestinians as a nation don’t want us today, but we’ll change your attitude by forcing our presence on you. You will live like dogs, and whoever will leave, will leave, whilst we take what we want, land, water. The US pays for it and protects us.”

Chomsky continued with this catastrophic image of hopeless defeat.

The Palestinians will be left out “up in the hills. In fact I wouldn’t be surprised if the Israeli tourist agency subsidised that nice biblical landscape for the American tourists zooming by on the Israel-only superhighways. They could see a man leading a goat up on the hills that reminds you of the bible, maybe the man goes to one of the wells that’s still accessible to get a bucket of water…”

The day Chomsky was speaking there were renewed clashes in East Jerusalem as Israel prepares public opinion for the annexation of the whole city – with all that implies for the city’s Muslim holy places. Israel’s one and a half million strong Palestinian Israeli population in the Galilee area are constantly denounced as “traitors” and face a very real threat of ethnic cleansing. Elsewhere in his speech Chomsky described the increasing authority of the fanatical rabbis in the Israeli army who invoke the bible to justify Israeli purity.

Most commentators take for granted that this is a tinder box waiting to explode. Of course Chomsky is correct to discuss what we can do in the West with an audience in the West. But with no reference at all to Palestinian resistance, there is a risk that the BDS movement is seen as a substitute for the liberation movement. It is not and can never be. It is a solidarity movement.

Nevertheless it is now widely accepted that the BDS is a genuine movement of international solidarity with the Palestinians. Here Chomsky cautioned against targeting Israel rather than Israel’s Western backers on the grounds of hypocrisy – the bigger villains being the Western backers. But this ties our hands quite unnecessarily.

Of course he was right to see BDS as a set of tactics which need to be thought through. And, yes, turning an “Israeli dance troupe into a pariah” may well be silly tactics. He also pointed to British Gas with its negotiations with Israel effectively to rob Gaza of its natural gas resources as a really powerful potential target. An excellent idea but is Chomsky really saying that for example UCU, the University & College Lecturers Union, was wrong to discuss the feasibility of an academic boycott of the Ariel colonial settler university on the West Bank? Or to discuss how the union should respond to Israeli universities deeply complicit in the West Bank settler expansion?

Still, let’s end on a positive note. The best part of Chomsky’s talk was his praise for the anti war movements on both sides of the Atlantic. He described how education, organisation and good tactics led to those huge demonstrations that helped undermine US/UK war aims in Iraq. Here was proof that mass movements can work.

Chomsky took for granted that a BDS movement could also work. Nevertheless, as Chomsky would be the first to agree, genuine mass movements must be full of democratic debate over strategy as well as tactics. And the time has clearly arrived for a debate with Chomsky himself.

John Rose is author of The Myths of Zionism and co-author of The Nakba: Why Israel’s Birth Was Palestine’s Catastrophy And What’s the Solution, both available from Bookmarks, the socialist bookshop » www.bookmarksbookshop.co.uk 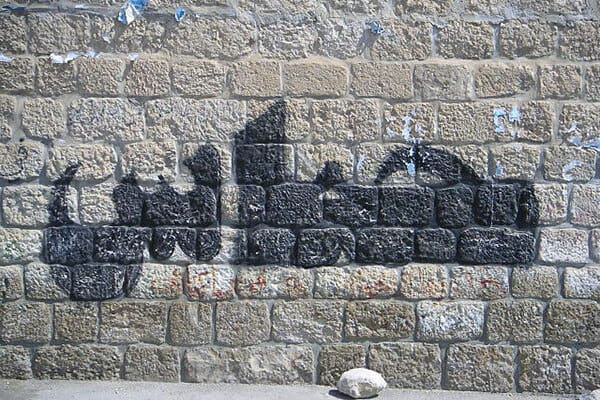 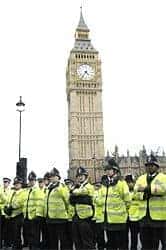 Even the cops say Gordon Brown’s robbing us