This article is over 11 years, 8 months old
For far too long there has been a big gap between the anger that millions of people feel over the cuts and the timid response of most union leaders.
By Mark L Thomas
Downloading PDF. Please wait...
Tuesday 07 December 2010

For far too long there has been a big gap between the anger that millions of people feel over the cuts and the timid response of most union leaders.

Rightly, many activists haven’t waited for union leaders to act or officially sanction resistance. They have energetically got on with organising local anti-cuts groups and protests, pickets of Vodafone and other corporate tax dodgers or leading walkouts from universities, colleges and schools.

But while it’s tempting to dismiss the importance of official calls for action, to do so is a mistake.

We shouldn’t let the union leaders off the hook. We should demand that they call action on a scale that matches that of the attacks— major demonstrations, strikes in areas facing cuts, coordinated strikes and a general strike.

That’s why the national demonstration against the cuts called by the TUC for 26 March is important.

Official calls for action make it much easier to achieve a mass turnout.

While some workers may simply take matters into their own hands and act “unofficially”, this isn’t the general picture.

The legacy of defeats that workers suffered in the 1980s still mean most lack the confidence to strike without the backing of their union leaders.

Some activists have to learn how to use the official calls for action to deepen the militancy and organisation of the rank and file.

That way the outcome can be more far-reaching than those who called action may have expected.

Ultimately such mobilisations can lead to the creation of “unofficial” leadership bodies based on the rank and file that can initiate action themselves and challenge attempts by the official leadership to betray struggles.

The huge mobilisations in France recently over pensions were one example of this. The trade union leaders called what they regarded as “routine” protests when President Sarkozy announced his attacks.

But activists seized on the fairly low-level plans to demand more extensive and hard-hitting action. This pressure from the base then forced the union leaders to call more militant action.

At its height this led to days of action involving mass strikes and 3.5 million people on the street.

Workers and students set up assemblies in dozens of towns and cities. The movement grew so strong that it threatened Sarkozy’s government—although in the end the rank and file was not strong enough to stop union leaders winding down the resistance.

The actions of the leadership of the National Union of Students (NUS) provide another example.

Although the NUS had been dominated by supporters of New Labour for years and has not seriously fought the introduction of fees, the leadership felt they had to call a national demonstration over the huge hike in tuition fees.

That demonstration on 10 November tapped into a mood of anger. It was much bigger than anyone expected and much more militant.

It opened the door to the occupation of Tory party headquarters at Millbank. This then unleashed further student mobilisations, drawing in college and school students and a wave of university occupations—organised “unofficially” by networks of activists.

Aaron Porter, the NUS president, initially denounced the occupation of the Tory HQ. But as it became clear that the movement was growing and radicalising, he had to come out in support of “peaceful” occupations and the new round of protests.

This in turn makes it easier to win more support.

Of course, Porter will continue to vacillate and try to draw back from fully endorsing the most militant protests. But the lesson is clear. When the official leaders of the unions open the door to action, the job of socialists to make that action as big and effective as possible.

It’s another chance for the energy and initiative of the students to flow into the workers’ movement.

The demonstration could coincide with strikes by UCU and NUT union members—and possibly others—over pensions.

If there is a monster demonstration and hundreds of thousands of public sector workers on strike then the argument for a general strike becomes much more concrete.

That’s the sort of action that can bring down the government. 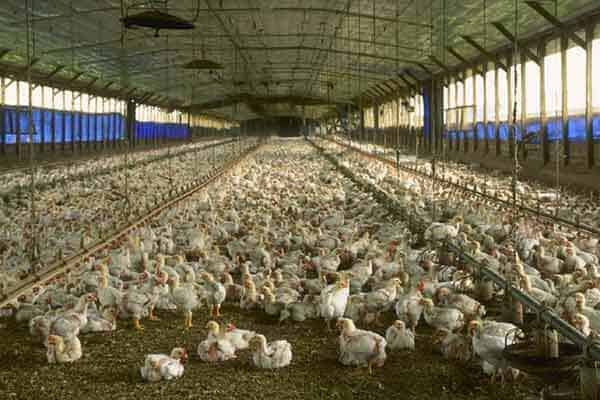 A kick in the teeth from Ken

Trying to have it both ways over the economy