The National Shop Stewards Network (NSSN), which has recently got involved in anti-cuts activity, has organised a national anti-cuts conference on 22 January.

At the NSSN officers’ meeting last week, a proposal from the Socialist Party was tabled for debate at the forthcoming conference.

The proposal, if accepted, would see the NSSN set up an “All-Britain Anti Cuts Campaign” and “organise support for anti-cuts candidates in the local elections in May”.

At the moment no single organisation has any mandate or wide enough support to set itself up as the sole national organisation against the cuts.

Any attempt by the Socialist Party to railroad the NSSN into proclaiming itself as this national body is a recipe for division and disaster. The proposal to support anti-cuts candidates is also very divisive.

It will inevitably mean standing candidates against the Labour Party, and therefore will likely exclude any supporters from the left of Labour.

With tens of thousands of people recently joining the Labour Party, and a real debate opening up across the country about Labour’s attitude to the cuts, excluding them from any national anti-cuts initiative would be very damaging.

Although the Socialist Party proposal was withdrawn from the officers’ meeting after facing widespread opposition, it is likely that it will be tabled at the steering committee on 4 December.

Activists are now debating how we can stop any moves that could split the movement and damage the NSSN. 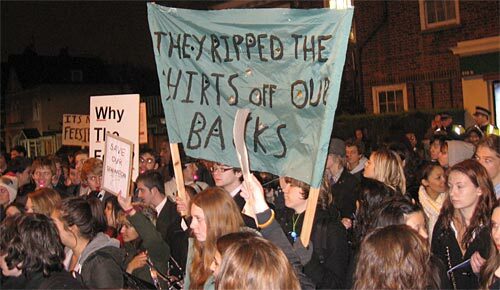