Don’t leave Unison: stay and fight to get the action put back on

This article is over 10 years, 0 months old
The fallout from the unions’ response to the government’s "heads of agreement" on pensions is still being felt.
By Michael Bradley, SWP industrial organiser
Downloading PDF. Please wait...
Tuesday 24 January 2012

The fallout from the unions’ response to the government’s “heads of agreement” on pensions is still being felt.

For many the decision by the leaders of Unison and the GMB to sign up to the deal was the last straw.

Why pay your subs to a union that won’t fight?

Even before the events of recent weeks, some Unison activists had “gone over” to other unions.

Now the pensions deal has sparked a new round of Unison members quitting to join Unite.

Although understandable, there are real problems with this approach.

They are writing off Unison as “unreformable”. But despite its pro-Labour leadership, Unison was pushed by members to fight on 30 November.

Many Unison activists are campaigning to get the action back on. Those who jump ship are leaving in the middle of a fight—and weakening those activists they leave behind.

And it’s not true that “the grass is greener” on the other side.

Unite’s general secretary, Len McCluskey, has made militant speeches about mass strikes and has denounced the Labour leadership’s refusal to oppose the cuts.

But he has been reluctant to call more action.

Similar arguments have taken place in the private sector. In recent years some London bus activists joined the RMT from Unite.

Sadly this left these activists marginal in the big bus strikes that hit the capital in 2008.

All of us would rather have left wing leaders than right. But every union, no matter how progressive its leadership, still has a fundamental division—that between the bureaucracy and the rank and file.

Even the most left wing officials earn higher wages and work in different conditions to the workers they represent.

The most militant union officer still exists in a world of negotiation and compromise. So even they can find themselves selling deals and pulling back from struggles. That means members who bail out of one union may find they face similar problems in another.

It’s not true that there are simply “left” and “right” unions.

The ATL, a union that boasted it had never struck before, led the strikes on

Of course there can be circumstances when it is necessary to choose between unions. But in most cases breaking away merely weakens our side.

There is a long tradition, going back to the early 20th century and beyond, of workers impatient with right wing leaders creating militant “red unions”.

But there is a big problem in a union movement being divided in this way. It can isolate the most militant workers, helping the bosses.

One union “poaching” members from another can lead to battles between unions rather than concentrating on building the unions through struggle.

At the moment our advice would be to “stay in and fight”. But this is a genuine debate that will only get sharper as Tory attacks intensify and the unions are truly put to the test.

What do you think? Email [email protected] 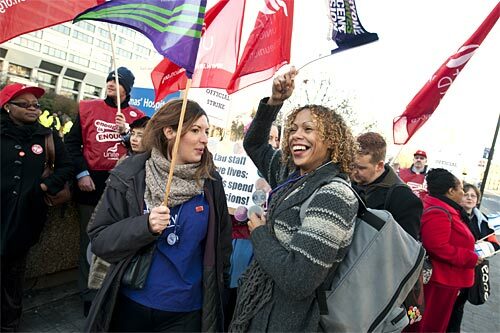 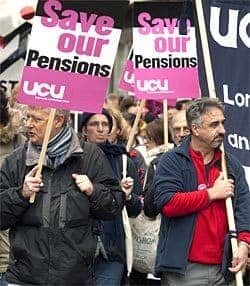