‘Economic growth’ is not the way to solve child poverty

This article is over 13 years, 7 months old
Gordon Brown tells us that ‘economic growth’ is the solution to poverty, but in reality this growth benefits the rich, writes Esme Choonara
Downloading PDF. Please wait...
Tuesday 17 June 2008

It is a damning indictment of New Labour that figures released last week showed a leap in child poverty for the second year running.

Behind the statistics is a growing reality for millions in Britain who see their incomes fall far behind the soaring costs of living and who face mounting debts just to make ends meet.

According to campaign group Credit Action, total personal debt in Britain is now rising by an average of £1 million every five minutes. These are largely for household bills and housing.

Around 6.8 million households in Britain are now in debt to their energy supplier and 2.3 million paid their council tax bill late or not at all in the last six months.

Gordon Brown has made eradication of child poverty a flagship policy – but his goal of halving numbers of children in poverty by 2010 is slipping further and further out of reach.

The central problem with Brown’s strategy is that he thinks the best way to reduce poverty is by promoting economic growth and “regeneration” of communities through a reliance on big business, the finance sector and the market.

New Labour ministers repeatedly insist that the way out of poverty is work.

This is the thinking behind increasingly draconian methods to push people off benefits and demand they work – even if the jobs they get are dead end with low pay and long hours.

Brown doesn’t seem to care too much where the jobs come from. He has even defended private equity companies – which unions criticise for asset stripping and cutting jobs – for their role in “creating jobs”.

Last year the government announced it would create 250,000 jobs through Local Employment Partnerships, insisting on the “value of work as the best route to tackle child poverty”.

This scheme relies on employers including Asda, Sainsbury’s, Tesco, Primark and Wetherspoon to provide jobs trials for unemployed people.

In return the government pays their wages for a trial period – so the retailers are getting free workers for a period of time.

There is an obvious question here as to whether a company such as Tesco, which this year announced record pre-tax profits of £2.5 billion, should be subsidised to employ people.

But more importantly work doesn’t necessarily lift people out of poverty. Around half of children in poverty in Britain have at least one parent in work.

And a combination of rising prices and the government’s own pay restraint policies are making it even harder for most working people to get by both above and below the official poverty line.

Brown sees the key role of government as being to attract and boost the rich through investment incentives, tax cuts and making Britain a “business friendly” environment.

Yet policies that boost the wealthy do not drag up the incomes of the poorest.

In Britain, the gap between rich and poor has widened.

Last week’s figures showed that the richest fifth in Britain now receive 42.6 percent of the national income, up 1.7 percentage points on ten years ago while that of the poorest 20 percent has dropped to 7.2 percent.

This should destroy any notion that wealth “trickles down”.

Yet Brown continues to apply the exact same model to the issue of global poverty – insisting that free trade is the answer.

But the world picture shows the same thing as Britain – capitalist “growth” has increased inequality.

On a global scale the figures are stark – the richest 20 percent now own 75 percent of global wealth.

The free market has enriched a minority while wreacking ruin on millions of lives.

Of course there are many things Brown could do to tackle poverty in Britain.

He could raise public sector wages and the minimum wage, redistribute wealth from rich to poor, link benefits and pensions to earnings, put a cap on the profits of the utilities industries and build council housing.

But all these things would mean challenging the rule of profit to which New Labour, like all the mainstream parties, is wedded.

We will have to fight to break the dominance of the market if we are going to really achieve the goal of ending poverty. 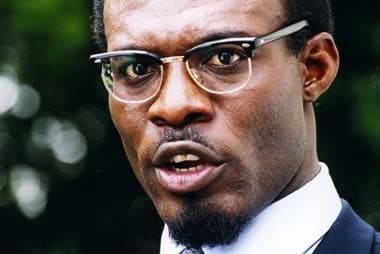 The horizon is expanding 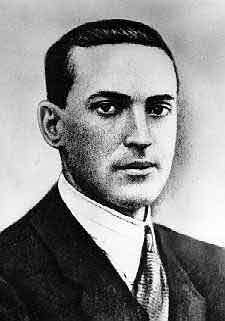 Lev Vygotsky: A revolutionary way of understanding how we think