Fraud is a symptom of the profit motive in research

The search for truth that should be at the heart of science is seriously compromised both by capitalism’s profit motive and its current crisis.

But what is it about stem cells and scientific fraud?

made headlines after reporting he had obtained stem cells for the first time from cloned human embryos. He was then found to have fabricated his work.

So why does fraud seem so rife in this area of research? Does this mean all scientific claims should be treated with mistrust?

Stem cells are one of the most exciting but also controversial areas of science today. The cells are found throughout the body, but are particularly active in tissues that need continual replenishment like skin, blood and the gut lining.

Such cells can divide indefinitely, but also generate all the cell types of the organ or tissue in which they are found. But it is “embryonic” stem cells that have excited most interest since it was shown that they can turn into any cell in the body—they are “totipotent”.

Ever since there has been interest in the idea of using human embryonic stem cells to regenerate new tissues or organs to replace diseased or damaged ones.

Woo-suk claimed to have obtained such cells from embryos cloned from a skin cell. This opened up the possibility of creating stem cells that are “tissue-matched” to a particular individual, and therefore will not be rejected by their immune system.

Unfortunately his cloned stem cells turned out to be merely figments of his imagination. Although other researchers do now seem to have succeeded in generating true stem cells from cloned human embryos.

But things have also moved forward in recent years with the discovery that ordinary skin cells can be made totipotent by introducing into them genes normally turned on only in the embryo.

Such cells are seen as particularly attractive to those who oppose research on human embryos because they equate them as living people, despite the fact that the embryo at this stage is just a ball of cells.

Yet the efficiency by which such “induced” stem cells can be made is extremely low.

The technique also involves the use of viruses to transfer the required genes, raising issues of safety were these cells to be transplanted into a patient.

As such, a report in January by young Japanese scientist Haruko Obokata was greeted with much excitement.

She claimed that skin cells could be efficiently made totipotent simply by stressing them with low oxygen or acidic environments.

But irregularities have been identified in the report. Obokata says these were merely careless mistakes, but she is now being investigated for fraud.

It would be a great shame if scientific fraud led to public cynicism about the potential of science. Stem cell research continues to reveal important insights about how our bodies work and new possibilities for medicine.

Capitalism has given rise to these amazing new areas of science. But its distorting effects are increasingly becoming a fetter, instead of a stimulus, to really fundamental scientific progress with the power to benefit all.

Stem cells and the ‘end of men’ 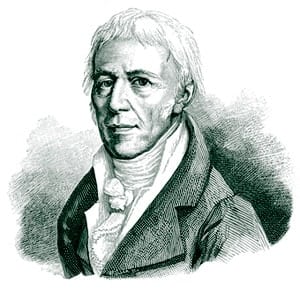 Struggle could change you, genetically speaking