George HW Bush – a killer and a crook

The fawning praise of the life and legacy of the now deceased mass murderer George HW Bush was as predictable as it was tedious.

According to one television obituary Bush enjoyed “wearing socks”. His dog Sully looked sad at the funeral.

Some of this is because people want to suggest that anyone is better than Donald Trump. But if the best alternative to Trump is a blood-soaked, died-in-the-wool imperialist, descended from a line of ruling class crooks then we are in real trouble.

Bush was born to a very affluent, establishment east coast family. His grandfather was a banker who became president of the US Golf Association. His father was a Republican senator.

A political rival once quipped that Bush was born with a silver spoon so far down his throat “that you couldn’t get it out with a crowbar”.

Bush mocked what he called “the vision thing” in politics. His was the politics of cynical entitlement. So when Bush first stood for office as the Republican’s Senate candidate in Texas in 1964, he opposed the Civil Rights Act as an infringement on freedom.

He was a key part of a long-term Republican strategy to encourage racism to undercut the base of the Democrats in the Southern states.

So on abortion he moved from pro-choice to staunchly anti-choice as the religious right offered votes. Inevitably he recently faced allegations that he had sexually harassed a number of young women throughout his career.

It is no surprise that Republican president and crook Richard Nixon liked and promoted him.

Bush became director of the CIA where he was in charge of Operation Condor. This was the plot to overthrow the left in central and Southern America by training, arming and encouraging brutal right wing violence.

Bush ducked blame for the 1986 Iran-Contra scandal. He claimed not to have known that the proceeds of secret arms sales to Iran had been illegally diverted to Nicaragua’s right wing “Contra” rebels. He later pardoned those who were caught in the scandal.

Finally making it to President Bush after a nasty racist campaign in 1991, he used the end of the Cold War to launch assaults on Panama and Iraq.

The justification was the notion that Panama’s formerly CIA-backed president Manuel Noriega was in league with malicious drug barons.

The real reason was that Noriega’s commitment to the US proxy war against Nicaragua’s left wing government was in doubt. The US wanted a more pliable government in Panama before administration of the strategic Panama Canal was handed over to the Panamanians.

So on to Operation Desert Storm, when Bush invaded Iraq in January 1991 supposedly to punish former client Saddam Hussein for attacking Kuwait.

Bush saw Iraq as a threat to US control of Middle Eastern oil and a welcome opportunity to flex American muscles without fear of Russian retaliation.

The assault destroyed Iraqi infrastructure. In February 1991, for example, an airstrike on an air raid shelter in the capital Baghdad killed at least 408 Iraqi civilians. The US knew it was an air raid shelter. US forces also massacred tens of thousands of surrendered, retreating Iraqi troops.

The journalist Joyce Chediac said, “US planes trapped the long convoys by disabling vehicles in the front, and at the rear, and then pounded the resulting traffic jams for hours.

“‘It was like shooting fish in a barrel,’ said one US pilot. “On the 60 miles of coastal highway, Iraqi military units sit in gruesome repose, scorched skeletons of vehicles and men alike, black and awful under the sun for 60 miles.”

Bush spoke of creating a “new world order”, allegedly “a world where the rule of law supplants the rule of the jungle and the strong respect the rights of the weak”.

He also put it more simply. “The US has a new credibility,” he said. “What we say goes.”

He did his class some service.

The terror unleashed by the US 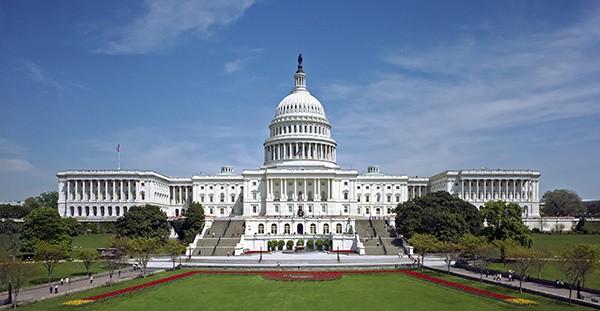