Is society moving to the right?

This article is over 12 years, 7 months old
Europe and Britain are shifting right, that is one common sense explanation for the meltdown experienced by Labour and its European counterparts.
By Chris Bambery
Downloading PDF. Please wait...
Tuesday 09 June 2009

Europe and Britain are shifting right, that is one common sense explanation for the meltdown experienced by Labour and its European counterparts.

In Britain, we have the prospect of a Tory government, the success of the United Kingdom Independence Party (UKIP) and the election of two Nazis to the European parliament.

Yet it is important to say that there is little evidence for a shift by Labour voters to right wing parties. Instead the vast majority simply did not vote.

There is a disparity between people’s beliefs and how those who voted crossed their ballot papers. A majority of people in Britain remain opposed to Labour’s wars in Iraq and Afghanistan.

And there is a clear majority against privatisation. Only 19 percent of people believe that private companies should run state schools, while 55 percent oppose the idea outright.

However, on one issue there has been a clear shift to the right—immigration. We should be clear that this has been driven from the top.

Every day the media tells us migrants are taking our jobs and homes. And Labour MPs such as Margaret Hodge, Liam Byrne and Phil Woolas argue that the party has to address “legitimate” concerns over immigration.

Gordon Brown was the first to use the “British jobs for British workers” slogan, before it was taken up by some union leaders and, ultimately, the fascist British National Party (BNP).

The BNP has also seized upon the Islamophobia, which has been so central to the US and British governments’ “war on terror”.

In the past Labour acted as a cap on working class discontent but also as a shield against the very worst right wing ideas. That’s not true today.

Labour’s vote has collapsed because, like the centre-left across Europe, it has ignored the concerns of its working class supporters.

No party, neither UKIP nor the BNP, saw a surge in their vote. But Labour’s collapse handed them success.

The failure of the left to offer a united alternative is also important. What remains of the left in the Labour Party has kept quiet throughout the corruption scandal out of loyalty to the party. Such slavish loyalty also holds true for the leaders of the main trade unions.

Fragmentation among the left ensured that the overall radical vote in the European elections was tiny. In Italy, divisions ensured that no radical left candidates were elected. Yet in Germany and Portugal a united, radical left did well.

Following the shock of the election results some things are worth bearing in mind.

Firstly, we face the likelihood of a Tory win at the next general election. But Tory leader David Cameron is not Margaret Thatcher.

If anything he models himself on Tony Blair. He is someone trying to reposition his party to the centre in order to win back votes. There is no evidence of any wave of enthusiasm for the Tories from Thursday’s polls.

Secondly, while the BNP has polled nearly a million votes it still has a problem consolidating its initial gains. So it failed to win council seats in Staffordshire and other target areas.

The BNP is a Nazi party but it tries to hide it, downplaying street marches and rallies. Its support is softer than that of the National Front in the 1970s.

There will be a lot of pressure on BNP leader Nick Griffin to go back onto the streets. Anti-Nazis must be ready to confront them and to help strip away the softer elements of their support.

Finally, there has been resistance to the idea that working people should pay for the crisis.

Not only have we had victories at Visteon and Prisme but there have also been huge votes for strike action in London on the tube and in the post.

This Saturday’s Fight for the Right to Work conference can start to build fighting unity between the employed and unemployed, and black, white, Asian and migrant workers.

Succumbing to gloom would reflect an inaccurate reading of the election results and would be the worst thing for the left, anti-fascists and trade unionists to do. We have a job of work to do. 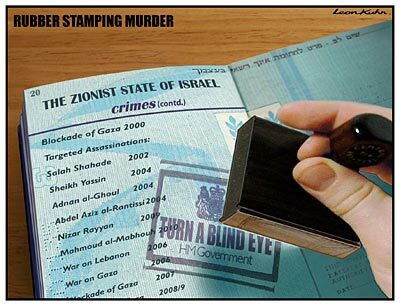 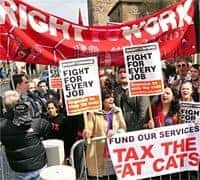