Will we see a national strike by large numbers of workers ever again?

The Tories announced last week that key elements of their Trade Union Act will be fully implemented on 1 March next year or soon after.

MPs voted through the Act last May, but it was not fully enforced until the “commencement order” spelling out the details.

To have a legal strike, a ballot must have a 50 percent turnout.

Strikes in “important public services” are valid only if there is a yes vote by 40 percent of those who are entitled to vote.

The first requirement means that if 100 people are balloted then at least 50 must vote.

In important services, not only must at least 50 take part, but at least 40 must vote yes.

All this from a government which received the votes of 24 percent of those eligible to vote.

The level of strikes is already at historic lows in Britain—but it could slump further.

A study by Professor Ralph Darlington and Dr John Dobson looked at ballots from 1997 to 2015. It found that although 440,000 workers could still have taken action under the new laws, 3.3 million could not.

It’s a disgrace that the Tories passed this law so easily.

The unions put up only token opposition. There was never a serious effort to mobilise on the streets, let alone to encourage strikes.

Many trade union leaders have used the spectre of the law as an argument against struggle. Now some are likely to accept that big national strikes are impossible.

The only solution they will see is to wait until 2020 and hope for a Labour government that reverses the new law.

The starting point ought to be that, just as in the 1970s, these openly class-based laws have to be defied and destroyed.

If, for example, there is a 70 percent vote for strikes by health workers on a 50 percent turnout, a strike would breach the new laws.

But if the unions were bold enough to call their members out, millions of other trade unionists—and NHS campaigners—would be on the strikers’ side.

We shouldn’t accept that a union can’t hit a 50 percent turnout. A union which has a strong network of confident reps can mobilise a large vote. But that requires systematically encouraging struggle.

This has been wholly lacking from the trade union leaders, especially since they abandoned the public sector pensions battle in 2011.

Last week Unite union leader Len McCluskey resigned his post so he could stand again and be in charge at the time of the 2020 general election.

He will be challenged by Gerard Coyne, a more right wing candidate.

But that’s not the end of the debate.

McCluskey has failed to encourage real resistance from Grangemouth oil refinery to the NHS to steel. He openly opposed Jeremy Corbyn on Trident renewal.

There is a clear case to be made for a left candidate. Even if that doesn’t happen there can be no blank cheque for McCluskey.

The anti-union laws pose new challenges. Activists need to think how they can build more struggle locally as well as nationally. 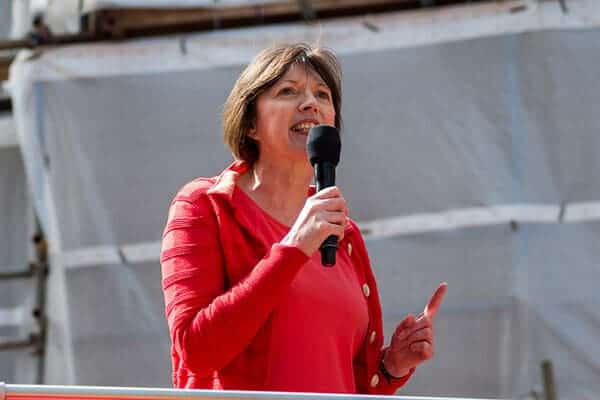