Jeremy Corbyn was probably right to claim that Labour has become the “political mainstream” under his left wing leadership.

Every rally for Corbyn is a reminder of how much the political landscape has been transformed since his election as leader just over two years ago.

And Labour’s success at the general election meant that Corbyn could go on the offensive with his leader’s speech at conference last Wednesday.

In it Corbyn said the general election result “has put the Tories on notice and Labour on the threshold of power”.He suggested that a transformed Labour Party would lead a different type of government.

“Our democracy needs to break out from Westminster into all parts of society, and the economy where power is unaccountable,” he said.

“Democracy must mean listening to people outside of election time, not just to the rich and powerful who are used to calling the shots.”

Big parts of Corbyn’s speech will have angered those Labour MPs who still want to move back towards the right.

He nodded to that when he admitted, “There’s quite a few who would prefer to do politics the old way.” But he insisted that “we will do politics differently”.

Corbyn even took a veiled swipe at right wing Labour councils, such as the one in Haringey in north London, for “regeneration schemes”. He said such schemes that replace social housing with luxury flats “really mean forced gentrification”.

Yet being the political “mainstream” comes with its own dangers. The closer Labour gets to government, the more pressure Corbyn will come under from forces inside and out of the party to show he is “responsible”.

Parts of Corbyn’s speech were aimed at reassuring the bosses and pitching Labour as the safest government party. His plans to transform the system were pitched as a way of rescuing it.

Ten years after the financial crash Corbyn said, “now is the time the government took a more active role in restructuring the economy”.

Alongside attacking the Tories over austerity, he also attacked them for being “reckless” and threatening the “national interest”. This is the idea that bosses and ordinary people have a common stake in the system.

Corbyn said the change that Labour wanted to make must be “credible and effective”. Yet being “credible” often means having to accept limits to what a Labour government will do.

So Corbyn said, “Scrapping the public sector pay squeeze isn’t just an act of charity—it’s a necessity to keep our public services fully staffed and strong.”

That same pressure to be credible can also mean distancing Labour’s leadership from struggle outside parliament.

Tens of thousands of people marched in Manchester last weekend on the first day of the Tory party conference. It’s the sort of demonstration Corbyn and shadow chancellor John McDonnell used to join without question.

Not this time. Instead Corbyn and McDonnell spent the day of the march mass canvassing in Tory marginal seats.

For a party focused on elections and changing society through parliament, all of that can seem like common sense.

But Corbyn’s popularity isn’t just because of the better society he promises—it’s also because he has tapped into an anti-establishment mood.

Launching Labour’s election campaign earlier this year he promised to “overturn this rigged system”. And Labour’s election success wasn’t just because it managed to mobilise masses of new activists to canvass for it, however impressive.

It’s because the huge rallies gave the campaign a sense of insurgency, and struggle from below. 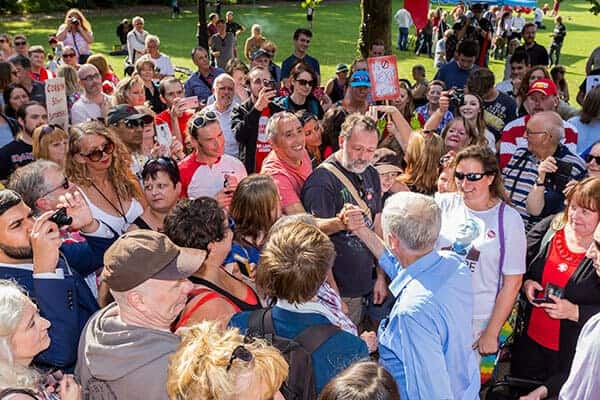 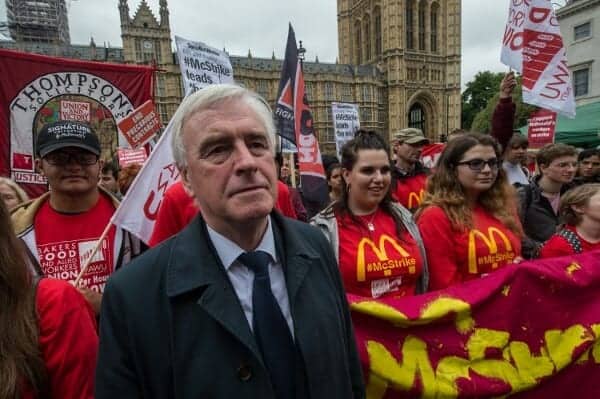 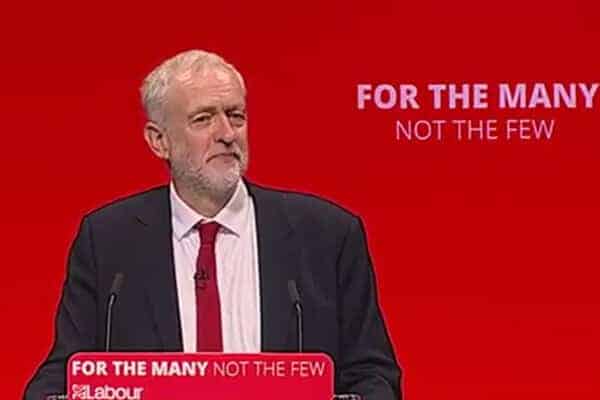