This article is over 15 years, 9 months old
US support for Israel’s attack on Lebanon is about destroying Hizbollah and sending a warning to those resisting imperialism across the Middle East, writes Alex Callinicos
Downloading PDF. Please wait...
Saturday 29 July 2006

The war in Lebanon is as much George Bush’s as it is that of Israeli prime minister Ehud Olmert. And it is being waged for very high stakes.

According to the Washington Post, “In the administration’s view, the new conflict is not just a crisis to be managed. It is also an opportunity to seriously degrade a big threat in the region, just as Bush believes he is doing in Iraq.

“Israel’s crippling of Hizbollah, officials also hope, would complete the work of completing a functioning democracy in Lebanon and send a strong message to the Syrian and Iranian backers of Hizbollah.”

A former senior official in the Bush administration sums up the thinking, “You have an opportunity really to grind down Hizbollah. Let’s take it, even if there are other serious consequences that will have to be managed.”

The New York Times reported that the US is also rushing consignments of precision-guided bombs so that the IDF can carry on battering Lebanon.

Bush’s accomplice Tony Blair justifies his part in this latest war crime by invoking “an arc of extremism right across that region that wants to disrupt the process towards democracy and freedom”.

There is one particle of truth in this. We are confronting a crisis that extends across the west Asian region from the Mediterranean to Afghanistan.

Its roots lie in US efforts to dominate the region, especially after the worst blow these suffered – the 1978-9 revolution that toppled the pro-US regime in Iran.

It was to contain this challenge that the US backed Saddam Hussein in the bloody Iran-Iraq war of 1980-8.

US policy has, however, consistently been self-defeating. The administration of Ronald Reagan supported Israel’s 1982 invasion of Lebanon.

That war succeeded in its formal objective of driving the Palestinian resistance out of Lebanon, only to create a far more formidable enemy in the shape of Hizbollah.

Founded with Iranian help, Hizbollah has overwhelming support among the Shia Muslims who may today form a majority of the Lebanese population.

It enjoys enormous prestige throughout the Arab world thanks to the guerrilla campaign that drove the IDF out of Lebanon in 2000.

The Bush administration’s own efforts to remake the region have further tipped the balance in Iran’s favour. The removal of Saddam Hussein’s Baathist regime increased the political power of Iraq’s Shia Muslim majority, who were ferociously repressed under Saddam.

Close networks of kinship and education connect the Shia clergy of Lebanon, Iraq, and Iran. The US has responded to the armed resistance to its occupation of Iraq with a divide and rule policy.

It has been forced to lean on Shia political parties that have been prepared to further their own objectives through collaboration with the occupiers.

Thus, to fight one enemy, the US has increased its vulnerability to another. A retired US general told the investigative journalist Seymour Hersh that, despite the British troops occupying southern Iraq, “the Iranians could take Basra with ten mullahs and one sound-truck”.

Nuri al-Maliki, the head of the client regime in Iraq, whose survival is dependent on US military power, has denounced Israel’s attack on Lebanon.

According to the New York Times, “the comments by Mr Maliki, a Shia Arab whose party has close ties to Iran, were noticeably stronger than those made by Sunni Arab governments in recent days”.

The US cannot entrench its domination of the Middle East unless it follows up the conquest of Iraq with “regime change” in Iran. Hence the detailed Pentagon planning, revealed by Hersh in April, for a military attack on Iran’s nuclear installations.

But attacking Iran is no easy task. Russia and China are unhappy even about imposing sanctions as punishment against Iran’s alleged nuclear weapons programme.

Meanwhile the Iranian president Mahmoud Ahmadinejad has mounted a rhetorical campaign against Israel that is clearly directed at winning over public opinion in the Arab world, with a considerable measure of success.

Militarily Iran would be not be a pushover. Ahmadinejad’s domestic popularity shows that the regime still has a social base that any US or Israeli attack would only widen.

The independent journalist Mark Gaffney revealed in October 2004 that Iran is armed with Russian-made Sunburn anti-ship cruise missiles against which the US navy has no defence.

These pitfalls help to explain why the Bush administration, after hyping up an international crisis over the Iranian nuclear programme, has for the past couple of months adopted a more cautious policy. Its offer of direct talks with Iran infuriated many of Bush’s neo-conservative supporters.

Bush’s underlying strategic commitment remains to removing the obstacle that the Iranian regime represents to US dominance of the Middle East. Hence the speed with which Bush backed Olmert’s attack on Lebanon. Here was a heaven-sent opportunity to weaken Iran.

But it’s not obvious that this policy will work. The guerrillas of Hamas and Hizbollah have shifted the balance of military power by relying on missiles.

Israel’s artillery and airpower are insufficient to halt the missile attacks, as Hizbollah has demonstrated since the Israeli offensive against Lebanon began.

Incursions by ground troops might be more effective in eliminating the Hizbollah missile launchers.

But deploying ground troops would increase the Israeli casualties, which have already been quite high. And killing Hizbollah fighters would not destroy Hizbollah – every Israeli bomb or artillery round recruits plenty more fighters.

Israel could easily get dragged into the kind of debilitating war of attrition it lost in Lebanon after 1982 and that the US is losing in Iraq and Afghanistan. A veteran Israeli war correspondent told the Washington Post, “In order to get rid of the rockets, you have to occupy the territory.

“If you took south Lebanon, you might solve the short-range rockets. Then, people will tell you, Hizbollah will just find longer-range missiles. So do you occupy northern Lebanon?”

This dilemma may explain why Israel is now backing the idea of a European “peacekeeping” force to take on the task of trying to disarm Hizbollah.

Just as in Iraq, failure in Lebanon may push the US and Israel to widen the war – not just against Iran but also against the regime in Syria, which backs Hizbollah.

This is unlikely to produce a general global conflict, as it might have during the Cold War. Russia and China will content themselves with letting the US weaken itself, rather than intervene directly themselves.

But the US and Israel have created an appallingly destructive and dangerous situation that will breed yet more terrorism. The only way to end it is to address the real cause – US imperialism and its drive to dominate the world. 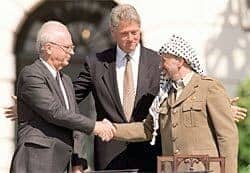 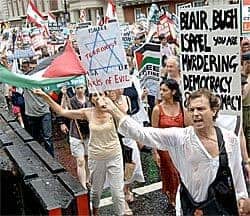 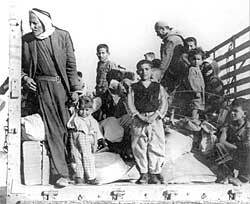 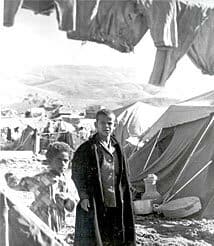 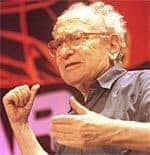 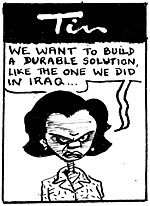 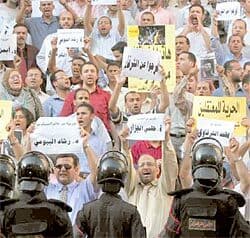