The Love Parade was a disaster waiting to happen. It seems that almost everyone involved in the event knew that but, in the end, profits mattered more than human life.

In the weeks before the million‑strong techno music festival opened in the city of Duisburg, police chiefs told organisers that the use of an old railway tunnel as the main entrance and exit was a mistake.

Rainer Wendt, head of the national police union, said his warnings about the dangers of holding the festival in the city were not heeded.

“I told them a year ago that Duisburg was not a suitable location for the Love Parade. It’s too small and too cramped,” he said. “But I was called a killjoy and a security fanatic.”

And in the days before the gates opened, revellers on web bulletin boards were already predicting calamity.

One posting read, “They seriously want to organise entry through a single-lane TUNNEL? I don’t believe it!!!!

“I can already foresee deaths after the final concert, if everyone wants to leave the site together along this pathetic path.”

But organiser Rainer Schaller and Duisburg mayor Adolf Sauerland brushed all such warnings aside. Now both men are claiming that the disaster had nothing to do with them.

Millionaire Schaller bought the Love Parade trademark in 2006. His Lopavent firm runs the event and uses it as a marketing tool for his McFit fitness studios, which last year raked in 134 million euros.

Lopavent wanted to keep costs low. It seems that the local authority was so desperate to attract the Love Parade that it would do almost anything to keep Schaller happy – including handing the company 640,000 euros to bring the festival to their town.

The town’s building supervisor relaxed safety regulations. Compulsory fire rules were waived in the festival licence that was issued just hours before it began.

According to the published plans, a maximum of 250,000 people should have been on the site. By midday there were already around one million.

Police and crowd control staff panicked and desperately tried to block entrances – particularly at the tunnel but this led to crushing and, eventually, to deaths.

The organisers’ plan for crowd control detailed 24 access gates around the perimeter of the festival grounds. Police found that eight of these gates were unmanned and left open – meaning that thousands of people poured in in an uncontrolled way.

Why were the Duisburg officials so willing to allow their rules to be broken?

The answer lies in the economic destruction that has hit the town. In 1987, more than 70,000 people worked in the steel mills.

After a brave, but ultimately unsuccessful, strike to save jobs at Krupps, today the number has fallen to just 16,000. Over 14 percent of the town’s population are unemployed.

The state and the bosses see events like the Love Parade as central to the revitalisation of towns like Duisburg, which intended to sell itself as a “capital city of culture 2010”.

The Love Parade began in 1989 in Berlin, created by people who loved techno and were committed to ideas of peace and social justice.

It was conceived as a political demonstration and way of bringing people together through music.

Its original motto was Friede, Freude, und Eierkuchen (Peace, Joy, and Pancakes) and stood for disarmament (peace), music (joy) and the fair distribution of food (pancakes).

Love Parade founder, DJ Dr Motte, distanced himself from the festival in 2006, complaining of increased commercialisation. He went on to describe Schaller as a “marketing locust”.

But just as profit-driven, top-down organised festivals can do little to reverse the economic devastation that has swept much of industrial Germany, they do little to advance culture either.

Sponsorship deals and town hall kick-backs are by no means confined o the Love Parade – in fact, they characterise most mainstream festivals across Europe.

The originality and flair that once emitted from these events has long since passed. Now it seems that this is not the only price of big businesses’ takeover.

Twenty-one young people are dead. Over 500 are injured. Thousands are mentally scarred.

But those responsible are too busy washing their hands of the disaster to learn any lessons.

Rosemarie Nünning is a member of the German left party, Die Linke, and is a supporter of Marx21 magazine 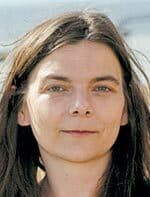 We must resist bosses’ laws

The tax system and the social wage