This article is over 15 years, 5 months old
The ten days since the verdict in favour of Tommy Sheridan have been marked by ferocious attack and counterattack within the SSP.
By John Aberdein Orkney SSP
Downloading PDF. Please wait...
Saturday 19 August 2006

The ten days since the verdict in favour of Tommy Sheridan have been marked by ferocious attack and counterattack within the SSP.

It now seems increasingly unlikely that the chasm in the party can be bridged at the special conference scheduled for early October.

There has been much talk of perjury flying since the verdict, but informed legal opinion (see Alistair Bonnington on the BBC website) suggests that a perjury trial arising from a civil case is very unlikely.

The News of the World has lodged an appeal, but at the time of writing the grounds for this are unclear.

But it is the intra-party battle that is crucial at this stage. The United Left Network (ULN), some of whose members gave evidence in court for the News of the World, utilised the party machine to issue a diatribe against Tommy Sheridan in the form of an “all members bulletin” over a week ago, without even seeking approval from the national executive.

Allan Green, the national secretary, was reported as intending to cancel the national council due at the end of this month.

There was word also that the membership lists had been closed. In addition, officials aligned with the ULN are reported to have changed the locks on the SSP’s headquarters in Stanley Street, Glasgow.

In riposte, the SSP Majority group posted out their call to action to all members at the end of last week, in effect seeking to suspend the current executive until fresh elections can be held in October.

The executive signally failed to carry out to the national council’s decision in June to give political support to Tommy Sheridan.

Meanwhile, Tommy Sheridan was nominated as the next convenor by some branches last week and other nominations are in train.

Some SSP Majority members are very keen to see the ULN defeated democratically in October. Others are wary of continuing to devote energy in a negative war against those who chose to line up with the Murdoch press.

It seems improbable that the ULN and the SSP Majority could coexist in the same room, never mind the same party.

Party members, individually and collectively, are considering a wide range of options. Exploratory meetings are therefore expected to be organised by the SSP Majority across a broad range of loyal grassroots members. 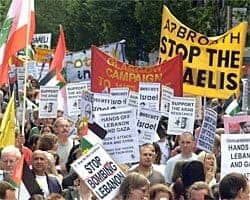