Robert Geffrye was a brutal slaver who profited from the slave trade. This new pamphlet makes the case that his statue must fall
By Sophie Squire
Downloading PDF. Please wait...
Monday 16 May 2022

Campaigners have fought for years to remove the legacy of Robert Geffrye from the museum (Pic: Stand Up To Racism)

Robert Geffrye was human scum. A ­murderous slaver, he built his considerable personal empire by investing in the buying and selling of human beings. Geffrye is celebrated at the Museum of the Home in Shoreditch, east London, where his statue looms over the grounds.

Local residents and anti‑racist campaigners have been fighting for years to oust his image from the museum. Author Steve Cushion makes this case in a new pamphlet, co-written with Caribbean Labour Solidarity and Stand Up To Racism. Born in 1613, Geffrye became an investor and officer in The Royal African and East India companies and was part owner of a slave ship the China Merchant.

Conditions aboard were a horror beyond imagination. The ship, “left the Gold coast with 555 kidnapped Africans, of which only 422 survived,” notes Cushion. In a later voyage in 1692‑3, 400 Africans were snatched from the Gold Coast. This time, just 262 survived the crossing. But Geffrye reaped profits—the trip netted him almost £4 million in today’s money.

But he was an even bigger player than simply an investor profiting off the ­exploitation, torture and death. Geffrye was actually instrumental in organising the process of the slave trade. He supplied ­ironmongery to the Navy, so the fleet could better protect slave ships from pirates. And he also got rich trading tobacco—a ­product produced exclusively by slave labour.

Geffrye was part of the rampant corruption of the ruling class. He tried his hand at different roles in politics and ­business and used every opportunity to grow his ­personal wealth and connections. Cushion writes that “many politicians found no difficulty in using their offices to enrich themselves and their cronies. Geffrye was a past master at operating in the gaps between politics and business.

“He combined a profitable business of a property speculator, slave trader and East India merchant with being an accountant, administrator, politician, magistrate and chief of police.”

The pamphlet also takes apart any notion that Geffrye’s charity work is ­anything to celebrate. It notes, “Honour and ­reputation were very important to the ruling class of the 17th and 18th century, so whitewashing and public memory of a slave trader would have considered money well spent. Even in death Geffrye served his class well.”

When Geffrye died, he had amassed a ­fortune almost £30 million in today’s money. Some of his property would later become the Geffrye Museum, rebranded in 2019 as the Museum of the Home. His likeness remains at the museum despite its own survey that showed 71 percent of respondents wanted rid of it.

The Black Lives Matter movement led to a resurgent campaign to dispense with Geffrye’s statue. The pamphlet argues, “The protests at the murder of George Floyd have sparked a global response, part of which was the joyful removal of one slave trader’s statue. We need to finish the job and radically change society that continues to rest on the exploitation of human labour and racial divisions to ­maintain the domination of the wealthy few.”

This pamphlet is vital ­reading for those wanting to hit back at the ruling class that sanitise history for their own ends. 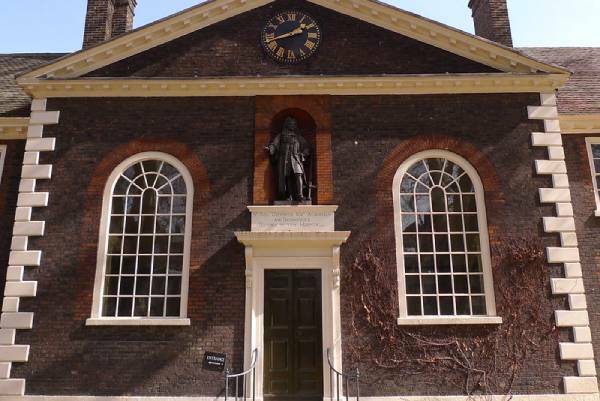 Letters—Museum is wrong, we won’t walk in under slaver’s boot