This article is over 18 years, 4 months old
'THE FAR Left Is In Fashion'. That was the headline in the right wing French daily Le Parisien on Wednesday last week.
Downloading PDF. Please wait...
Saturday 06 September 2003

‘THE FAR Left Is In Fashion’. That was the headline in the right wing French daily Le Parisien on Wednesday last week.

It was part of the deluge of media coverage that attended the summer university of the Revolutionary Communist League (LCR), which took place in Gourette in the Pyrenees last week.

I was lucky enough to attend, along with 700 activists from all over France.

The event-like French society generally-reflected a growing radicalisation. This began with the wave of mass strikes that swept France in May and June in protest against the right wing government’s attack on pensions.

The strikes marked, with May-June 1968 and November-December 1995, one of the great peaks of the class struggle in modern France.

Though the government won that round of the struggle, the French summer has been fizzing politically. The deaths of thousands of old people in the heatwave have fed the anger against the ruling right.

The signs for the next great gathering of the movement, the European Social Forum in Paris in November, are excellent.

Surprisingly, these developments are not welcome to everyone. Chief among these is the opposition Socialist Party.

Since its humiliating defeat in last year’s presidential and legislative elections, the Socialist Party has been in disarray. It is caught between two strategies.

On the one hand there is ‘social liberalism’, the French version of Tony Blair’s Third Way.

On the other hand there are the social movements – rank and file union militants, the anti-capitalist networks, the anti-war and anti-racist coalitions.

Larzac’s anti-capitalist festival showed that these are growing in strength and confidence.

The French political world is obsessed with next year’s elections for the European parliament and regional councils. To do well in them, the Socialist Party needs the support of the social movements.

But the movements despise the Socialist Party for its record in office.

The party’s stand at Larzac was overturned.

Moreover, the movements have more natural political allies. In last year’s presidential elections, the far left-principally the LCR and Workers’ Struggle (LO)-won over 10 percent of the vote.

The LCR and LO are discussing running a joint slate in next year’s elections. In the present political climate, this could provide a focus for all the different struggles and activist networks.

The Socialist Party is desperate to stop this happening.

The party leader, Francois Holland, and other prominent figures have been mounting frenzied attacks on the far left, accusing it of doing the dirty work of the ruling right.

Strangely enough, these attacks have found echoes within the anti-capitalist movement. Jacques Nikonoff is the president of ATTAC, which campaigns against financial speculation.

After the Larzac festival he wrote an article in the left-liberal daily Liberation that denounced the far left in the crudest terms.

‘Free market liberals always prefer the far left, because they know it has never won and that it will never win,’ Nikonoff wrote.

More recently Nikonoff has repeated his attacks on the far left. He has been backed up by the founder of ATTAC, Bernard Cassen.

Cassen has accused the Fourth International-to which the LCR belongs-and the Socialist Workers Party of trying to manipulate the movement.

These are absurd accusations. LCR activists played a prominent role in founding and building ATTAC.

The SWP is generally acknowledged as a driving force in the Stop the War Coalition, the heart of the biggest mass movement in British history.

At ATTAC’s summer university a fortnight ago, Nikonoff and Cassen found themselves isolated.

The very vehemence of their attacks reflects their fear that the movement is growing and radicalising beyond their control.

Meanwhile at its own summer university last week the LCR stood firm against the right’s blackmail.

‘There needs to be a force on the left that is as firm in its anti-capitalism as the National Front has been in its nationalism,’ says Francois Sabado, a leading LCR member. With all this going on, the European Social Forum should be great.

The European Social Forum takes place in Paris from 12 to 16 November. All meetings are translated. To book you must register at www.fse-esf.org

The English mobilisation for the ESF has booked a Eurostar train leaving on Thursday 13 November from Waterloo, central London. Tickets are £80 return. For more information phone 020 7053 2072 or go to www.mobilise.org.uk 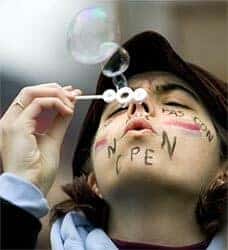 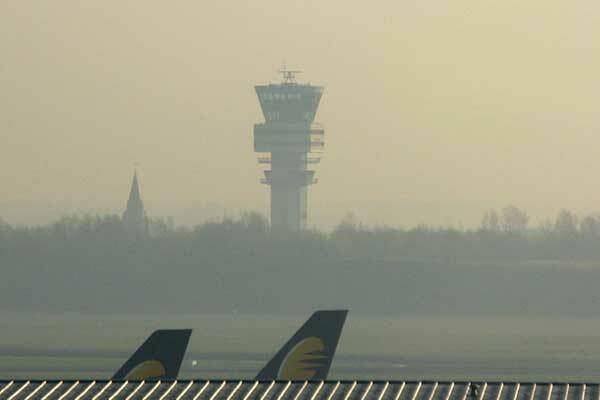 A chance to spit at Bush