This article is over 9 years, 11 months old
European Union (EU) leaders held yet another summit meeting this week as the crisis of the euro continued.
By Panos Garganas
Downloading PDF. Please wait...
Saturday 04 February 2012

European Union (EU) leaders held yet another summit meeting this week as the crisis of the euro continued.

And yet again their only idea was to punish workers with more austerity. Greek workers were at the receiving end.

Britain’s Tory chancellor George Osborne let slip the reason for this at another meeting of international capitalist big shots in Davos, Switzerland.

He said, “The fact that we’re still, at the start of 2012, talking about Greece is a sign that this problem has not been dealt with.”

Osborne added, “The danger here is that the tail wags the dog throughout this crisis.

“In other words the inability to deal with the specific problems in the periphery causes shockwaves across the whole European economy and the world economy.”

So this week EU leaders discussed imposing a “budget commissioner” to control the implementation of cuts and austerity in Greece. Or in Osborne’s terms to fix that “tail”.

The Greek economy has been shrinking for four years. The end of the recession is nowhere to be seen. Wages have been cut to make Greek firms more “competitive”.

Exports are up and receipts from tourism have increased, but the overall economy is still declining. VAT has been raised to 23 percent—but the Greek budget revenue is stagnating.

Interest payments for sovereign debt—money owed by the government—have rocketed, on the other hand. They now stand at 40 percent of the budget, or 10 percent of GDP.

That is why the IMF, the EU and the bankers are panicking that Greek debt is not sustainable.

If the bankers continue in the same way they may kill the goose that lays golden eggs for them. There are not many countries that provide them with 20 billion euros just in interest every year.

The so-called Private Sector Initiative is an attempt to cut a deal between the Greek state and the bankers. It means that debt is spread over a longer period of time to avoid a Greek default in the short term.

But even the IMF doubts whether this will work.

Of course taxing the rich is one way to increase state revenues. Greek deposits in Swiss banks are estimated to stand at 600 billion euros.

But EU leaders refuse to consider this option.

They have dropped the idea of a “budget commissioner” just for Greece for the moment. But it remains on the agenda as an EU-wide measure.

In the meantime this threat is being used to put pressure on workers fighting back in Greece.

EU leaders imposed the coalition government of Lucas Papademos, a former governor of the Bank of Greece and vice-president of the European Central Bank.

The conservative New Democracy party, the Labour-type Pasok and the fascists of Laos all accepted it.

These coalition partners are now pretending they are resisting the imposition of a budget commissioner by claiming that they can implement austerity themselves.

They want to convince workers that it is more patriotic and democratic to accept sacrifice than to have it imposed by foreign forces.

But most workers are not buying this. When your boss says, “Take a wage cut or you are fired,” that is neither democratic nor patriotic—even if your boss is Greek.

Steel workers have been resisting this type of blackmail with an all-out strike that is entering its fourth month.

Other sectors, including workers at Intracom Defence, are following their example.

A huge media workers’ meeting forced union leaders to call a ballot for an all-out strike in newspapers, TV and radio stations across Greece.

Workers’ resistance in Greece may be happening in a small country. But this “tail” has a sting. 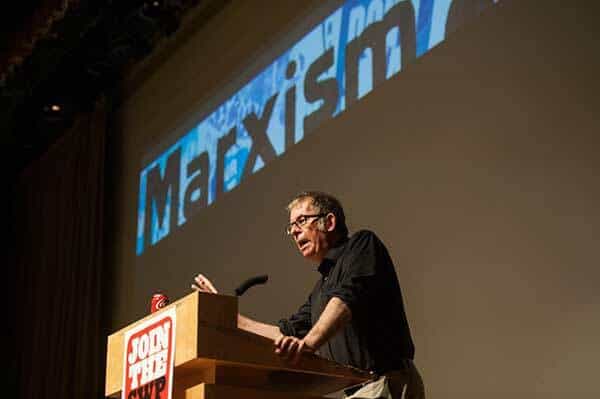