Something is rotten in the state of Blair

This article is over 18 years, 2 months old
THERE'S A scene in Shakespeare's Hamlet where Hamlet walks in on the man who has corrupted the state of Denmark, the king. The problem for Hamlet is that the king is praying.
By MIchael Rosen
Downloading PDF. Please wait...
Saturday 18 October 2003

THERE’S A scene in Shakespeare’s Hamlet where Hamlet walks in on the man who has corrupted the state of Denmark, the king. The problem for Hamlet is that the king is praying.

If you’re a teacher you can have an interesting discussion with students about what kind of thoughts this king might be having. I found myself thinking about this as the camera panned across the face of Tony Blair as he prayed for those who’ve died in Iraq…

‘Hello God. Tony here. It’s been a bit of a tricky time for me recently, God. I wonder if you could see your way to seeing me through, mm?

‘I mean, today I’ve been told that one or two of the families who lost men in Iraq think I shouldn’t be here. You think I should be here, don’t you, God? After all, it was you who told me to send our boys over there in the first place, wasn’t it?

‘OK, so you didn’t say so directly, but come on…you’ve always been on our side, haven’t you?

‘The Crusades to the Holy Land-giving the old Infidel a going-over so that we could make it all…erm…safe, for you, erm…for evermore.

‘OK, so that didn’t quite work out, but you backed us, didn’t you? I’m sure I read that somewhere once…

‘And on the eve of going into Iraq, I had a meeting with you in Downing Street and I said to you, ‘God, say now, if you think I’m doing the wrong thing, tell me.’

‘Nothing. Not a word from you.

‘You backed me. I rang George and, funny thing, he said he’d been doing just the same thing.

”No,’ I said, ‘there are all those clever people working away behind the scenes in your country, George, saying that this gives America the best chance we’ve had for a long time to control the world market in energy supplies.’

”Yes, but no, Tony,’ he said. ‘Sure, that’s what we know, but it’s not what should be at the front of your mind. Remember, what you say is, it’s the Iraqis who want us there. You keep saying that, and I’ll keep saying that you’re a clever guy.’

‘That’s very interesting, don’t you think, God? And the Iraqis do want us there, don’t they God?

‘Which leads me to a problem. Basically, I see you, God, as a very nice old Englishman-a mixture between Ted Heath and Michael Parkinson.

‘This works for me, but I wonder sometimes, how (if you really are like that) you go down with the Iraqis, mm? They have another religion, don’t they?

‘I think you know that I figured out pretty early on that this means that you don’t much care for them, do you?

‘Oh yes, I know all that stuff about how you look on all human beings as your children, but when it comes down to it, you do love us the best, don’t you?

‘I don’t want to pass the buck or anything, but it’s this that sees me through. You know, the…erm…you know…er…collateral wotsits…

‘You don’t think I was wrong to OK the bombing, do you?

‘Do you? And our boys, the ones who’ve died.

‘The way I see it is that they did it for you, so you can’t really give me a hard time about it, can you God? 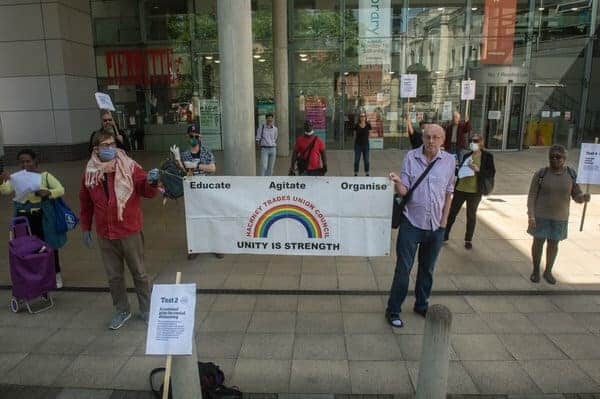