This article is over 22 years, 5 months old
THE WORLD Trade Organisation (WTO) met this week, not only besieged by demonstrators outside, but fissured by internal disputes. These divisions were so deep that negotiators could not even agree on an agenda for the meeting.
By Alex Callinicos
Downloading PDF. Please wait...
Saturday 04 December 1999

THE WORLD Trade Organisation (WTO) met this week, not only besieged by demonstrators outside, but fissured by internal disputes. These divisions were so deep that negotiators could not even agree on an agenda for the meeting.

These conflicts reflect the nature of the WTO. It has two main functions. One is to regulate trade disputes among the leading capitalist economies, as far as possible on terms favourable to the US. The other is to force poorer countries, whether in the Third World or the former Soviet bloc, to open their markets to Western multinationals.

The WTO’s origins date back to the Second World War. As it became clear to the US rulers that they would dominate the post-war world, they laid down detailed plans for the reconstruction of the international economy. US capitalism had suffered badly during the Great Depression of the 1930s from the fragmentation of the world market into rival protectionist blocs. It needed free trade that would allow US capital and commodities to flow to wherever offered the highest profit.

So the US sought to create institutions that would govern international trade and finance. These would be multinational bodies, but Washington would call the shots in them. As Secretary of State Cordell Hull put it in July 1942, ‘Leadership toward a new system of international relationships in trade and other economic affairs will devolve largely onto the United States because of our great economic strength. We should assume this leadership primarily for reasons of pure national self interest.’

The best known of these institutions is the International Monetary Fund, set up by the 1944 Bretton Woods agreement. But in 1947 the General Agreement on Tariffs and Trade (GATT), the predecessor to the WTO, was established. Its role was to negotiate reductions in tariffs and other barriers to trade.

According to the WTO’s defenders – for example, development secretary Clare Short and Thatcherite Financial Times columnist Martin Wolf – the resulting expansion in world trade has been the main lever of economic growth. Yet Wolf’s own figures show that, during the greatest boom in the history of capitalism in the 1950s and 1960s, international trade and production rose roughly in line with each other.

It is only since the late 1960s, when the boom began to falter, that trade began to rise faster than output. Thus between 1982 and 1998 the volume of world exports rose by 152 percent, while world output rose by only 52 percent.

In an era of slow growth international trade has become more important to individual economies. It accounts for 24 percent of US national income compared to only 9 percent in 1950. Trade disputes have therefore also become more important, and more bitter. No longer economically dominant, the US faces powerful rivals in the shape of the European Union and Japan.

When the US economy booms, it sucks in massive amounts of exports. In the late 1980s the US was running a huge balance of payments deficit, equivalent to 3.6 percent of national income, reflecting the vast quantities of goods it was importing from East Asia and Europe. This led to a series of bitter rows, with the US accusing Europe and Japan of protectionism while raising its own trade barriers.

The last round of GATT negotiations – the Uruguay round – lasted seven years and left many issues unresolved. Uruguay did lead to an agreement in March 1994 to establish a beefed up version of GATT, namely the WTO. It is clear that Washington and the US multinationals see the WTO’s powers as a lever to force the EU and Japan in particular to open up markets that are currently effectively closed to imports.

Thus one issue left over from the Uruguay round concerned the demand by the US and the Cairns Group of leading agricultural exporters such as Australia, Argentina, and Brazil that European and East Asian governments stop protecting their farmers from foreign competition. US agribusiness corporations view WTO rulings against the Europeans’ attempts to give preferences to bananas from their former colonies, and to keep out US genetically modified products, as a stalking horse for this much larger struggle.

The booming US economy is once again running a huge balance of payments deficit. This is aggravating the conflicts between the main trading blocs. The outcome of these clashes in Seattle will probably be indecisive. But the great capitalist powers will continue to pursue their rivalries within the WTO. In the process it will be the small fry – ie most of the world’s population – who will suffer.

Economic chaos with no end in sight 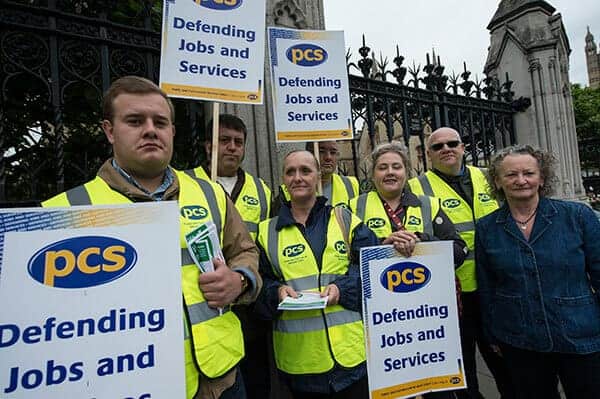 You learn more from Czech TV