Syria’s revolution had too many enemies

This article is over 7 years, 8 months old
By Simon Assaf
Downloading PDF. Please wait...
Tuesday 13 May 2014

The surrender of Homs, the “capital of the revolution”, marks a moment of bitter defeat in Syria. The fighters bravely held out through years of siege, but after little prospect of rescue were finally forced to withdraw.

The defeat of Homs follows the fall of a number of rebel towns and neighbourhoods, and the annihilation of many more. Homs has become a symbol of the retreat of the revolutionary forces.

Many of the popular committees that grew out of the armed uprising in the summer of 2012 have been crushed. Their leaders were murdered by dictator Bashar al-Assad’s regime, killed in battle or by Islamist factions allied to Al Qaida.

Although in many areas the war has become a stalemate, Assad is “winning by inches”.

The defected soldiers, workers, peasants and students who filled the ranks of the revolutionary forces have no defence against the barrel bombs dropped by helicopter gunships, or the regime’s poison gases and devastating conventional weapons.

Those who put their faith in the West, or in the militias funded by the Gulf kingdoms that eclipsed the lightly armed revolutionaries, discovered that their interests were not those of the revolution.

Across the region there is a retrenchment of the old regimes and defeat for the popular movements that made the Arab Spring. The Syrian revolution, as the Palestinian resistance discovered over the years, has too many enemies.

The war in Syria has becomes a many-headed conflict. In the north the battle with Iraqi dominated Al Qaida organisations has drained the resistance. In the south Saudi funded forces have made some battlefield gains, but not enough to lift the sieges on the capital’s working class districts, and with little hope of receiving genuine popular backing.

In Damascus the vast Palestinian refugee camp of Yarmouk, whose residents gave shelter to those fleeing the regime bombardments, is on the verge of starvation after two years of blockade. This is a testament to the moral and political bankruptcy of those who paint the regime as a champion of the Palestinian struggle.

The scale of the “cleansing” of Sunni Muslims at the hands of the regime, its militias and Lebanese Hizbollah forces has left a deep and bitter sectarian legacy.

The rise of the Islamists terrified the Christian and Druze minorities and reinforced sectarian fears among Allawis and Shia Muslims. They had little interest in defending the regime but much to fear from the Salafis who began to dominate the rebel forces.

The revolutionaries weakened their hand by dismissing the desire of Syria’s Kurdish minority for self rule. Despite decades of resistance to the regime, these regions became suspicious of rebels who sidelined their national rights.

Instead of being won to a greater revolutionary project, the Kurds adopted neutrality, in some cases fighting alongside the rebels, or against the Islamists, or making an accommodation with the regime.

Similarly the exiles who quickly filled the ranks of “leaders” sought from the outset to limit the scope of the revolution to changes at the top, rather than the deep desire for fundamental social change.

Assad’s forces have made good on his promise that rather “Syria burn” than change. The many neighbourhoods and towns that emerged as the centres of the uprising have been pulverised.

Some nine million Syrians are now refugees, greater than the number of Palestinians. Many have little prospect of returning to their homes.

Despite its bitter defeats, the spirit of the revolution lives on.

For now the revolutionaries have been sidelined. Many are consumed by the daily struggle to survive, or are languishing in prisons, refugee camps and exile.

But Assad’s victories are hollow. He rules over a rump sectarian statelet at war with the majority of his population, and with little real prospect of reconquering the rest of Syria.

Notes from the Syrian uprising 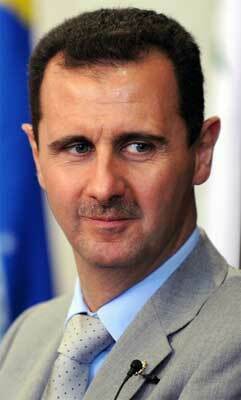 Difficult times for the Syrian revolution, but people continue to fight