This article is over 17 years, 4 months old
IMAGINE MY delight when a few months ago I was invited to speak at a four-day socialist conference organised by All Together in South Korea.
By Martin Smith
Downloading PDF. Please wait...
Saturday 04 September 2004

IMAGINE MY delight when a few months ago I was invited to speak at a four-day socialist conference organised by All Together in South Korea.

What struck me when I arrived in Seoul last week was just how much it is like any other modern industrialised capital city.

There are the ubiquitous steel and glass skyscrapers—the temples of multinational corporations. And to make you feel right at home there are the global food and coffee chains like Starbucks, KFC, and of course McDonald’s.

Until recently a military dictatorship ruled the country. But years of student and trade union protests have helped create a bourgeois democracy, although one that still contains elements of the past.

But it is what’s going on below the shiny surface that makes South Korea such a fascinating and exciting place.

Just like in Britain, South Korea’s president sent troops to fight in Bush’s war in Iraq. And just like in the rest of the world, a huge anti-war movement has developed.

It was against this backdrop that the All Together conference took place. In all, over 1,500 people took part. It was incredibly young, but there were also a lot of workers present.

It was similar to the Marxism festival held here in Britain. There were dozens of meetings on a wide range of subjects that included Rosa Luxemburg, NGOs, economics and the anti-war movement. In the evening there were films and cultural events.

I suppose the main reason I was asked to speak was the fact that my little book on John Coltrane has been published in Korean.

So imagine my horror when one of the organisers of the event took me into a quiet corner and told me that in Korea people were not very interested in music.

I am not sure who was surprised more, the organiser or me, when around 800 people turned up to my meeting on music and the movement.

Even more exciting was the meeting on trade unions. Car workers, steel workers, civil servants, tube workers and health workers all lined up to discuss the struggles in their industries.

There was one common theme—why do trade union leaders sell out?

One health worker was reduced to tears as she described how her union branch was deserted and left to fight alone by their union officials. But with the help of other union branches they won.

On a personal level, being at the event was a humbling experience.

I met workers who have been imprisoned just for organising trade unions. I met activists who were jailed for translating books that can be bought in any high street bookshop in Britain, and I meet socialists who have served time just for selling a socialist paper.

I have vowed never again to moan when I get up at 5am to sell Socialist Worker outside my local post office!

But for me the most moving experience was watching a young punk band play at the final rally. The group was made up of young migrant workers.

In a desperate search for jobs, people from all over South East Asia come to South Korea.

Two members of the band were from Nepal, one was from Burma, and the last I think was from the Philippines.

They ended their set with a slow mournful song which, sung in English, repeated the phrase, “One day I will return to my country.”

All of a sudden the musicians raised the tempo, the punk power chords struck in, and the song was played at the speed of sound. It had become a song of defiance and resistance.

I could have been anywhere—New York, London or Rio. Seoul is just like any other major city, but not in the way Starbucks or McDonald’s want you to believe it is.

Below the surface there are socialists, trade unionists and students fighting for a better world.

Korea exposes tensions in the system 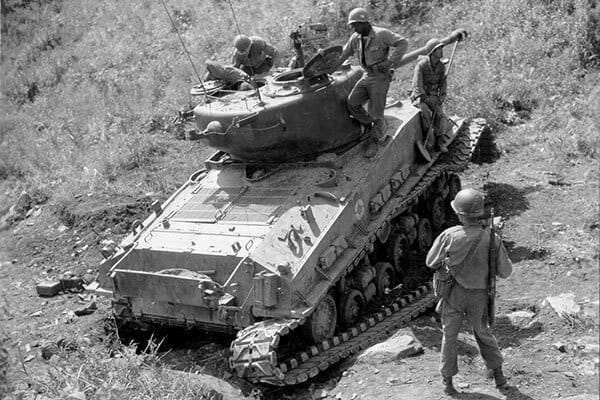