This article is over 14 years, 1 months old
When corruption stories emerge, they are usually presented as being about individual rotten apples. While a few together create a general atmosphere of sleaze, there is always the search for the specific bribe.
By Simon Basketter
Downloading PDF. Please wait...
Monday 17 December 2007

When corruption stories emerge, they are usually presented as being about individual rotten apples. While a few together create a general atmosphere of sleaze, there is always the search for the specific bribe.

It is occasionally the case that one business boss may pay a politician for a specific favour. That in a sense is retail corruption. But most of the corruption around access to politicians is in fact wholesale.

Behind the brown envelopes stand a network of big businesses spending huge sums on lobbying for their interests. Lobbying is well organised corruption.

It is a big business in itself. There are over 50 such firms dotted around in the streets around the House of Commons, with an estimated turnover of £10 million a year.

In addition, across the European Union (EU) there are some 15,000 people working as lobbyists over European legislation. A personal favourite is the European Public Affairs Consultancies Association (EPACA) whose sole purpose is to campaign against any attempt to get lobby companies to be more transparent.

Lobbyists joke that, “The way to a man’s ‘aye’ is through his stomach” and argue that there is indeed such a thing as a free lunch. The “old Labour” stalwart Aneurin Bevan described it as “gastronomic pimping”. Meetings, briefings and “networking” are all the preferred methods. Sometimes donations are involved and sometimes the willing politicians can be persuaded without money changing hands.

When the Tories were in power, the lobbyists tended to be linked to the Tories. After over a decade of a Labour government, the leading firms are staffed with people tied to the Labour Party.

Gordon Brown’s fundraiser Jon Mendelsohn has a career path that highlights the relationship between lobbyists and the parliament.

Mendelsohn was an adviser to Tony Blair from 1995 to 1997. After Labour’s 1997 election victory, Mendelsohn together with two other self-confessed Blairites set up the LLM Communications lobbying firm.

Then in August this year Mendelsohn was appointed as Labour’s director of general election resources.

When one is in power one gets friends in low places. The gangster Al Capone once called capitalism the “legitimate racket of the ruling class”.

In fact, corruption is the logical outcome of the way that society is organised. The business community is presented as just one lobby group of many that enter the political field as equals. In reality, they are economically vastly more powerful. Moreover, since payments are the way business is done, it is also the way business does politics.

Since capitalism is based on competition, this creates pressure on each company to develop strong relations with the state and to cut others out to gain advantage. Often the methods used are secretive and underhand, and lie on the border between legality and illegality.

For instance, in the gambling dens of the stock market, cheating at gambling is frowned upon. But insider trading – where traders use their privileged “insider” knowledge to gamble and sell – is profitable. One study of 172 mergers on the US stock exchange found that there was insider dealing in all of them.

This means that while corruption is logical it is not always healthy for all bosses in the system. If one set of capitalists is more successful at influencing politics in their interest, inevitably others will do badly.

The real victims of all this are of course ordinary people. Neoliberalism normalises the fact that the unaccountable power of wealth and money is the deciding factor for everything. Donations scandals are a sign of how integrated Labour has become to the interests of the bosses.

Every free lunch, every networking opportunity means another city academy, or another cut in services, or another favour for the bosses.

Often it is in periods of instability that corruption comes to the fore. At one level during periods of economic crisis the pressure for business to get an inside edge increases.

More fundamentally, changes in power and political crisis often bring the relations between politics and business to the foreground.

They reveal that a system built on exploitation, theft and competition will put the political system as much as everything else at the service of the market.

Corruption scandals can often blow over as the initial media frenzy dies down and politicians regain their posture. But they can also feed into people’s anger against the system. Across the world the crises sparked by corruption have mobilised people to bring down governments.

Labour’s latest scandals should not just be an example of their duplicity. It should be a spur to build a different sort of politics. 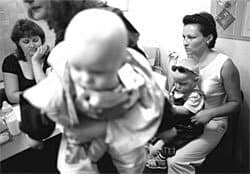 The left must lead the fight against Le Pen 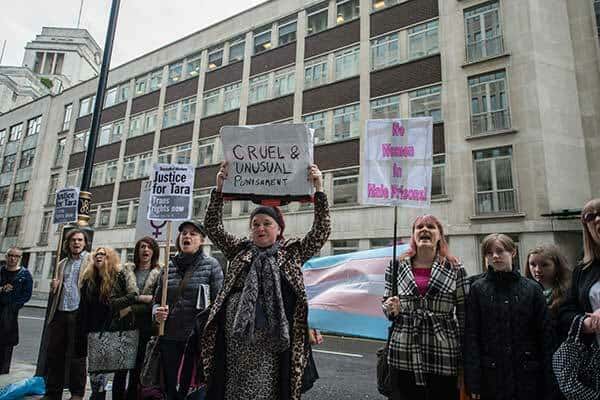