The media is running wild

This article is over 20 years, 1 months old
ARE WE really plunging into a new wave of youth crime caused by out of control children running wild? The media wants us to think so. It is full of stories about \"gangs of feral children bringing fear to the streets of London\".
By Judy Cox
Downloading PDF. Please wait...
Saturday 25 May 2002

ARE WE really plunging into a new wave of youth crime caused by out of control children running wild? The media wants us to think so. It is full of stories about ‘gangs of feral children bringing fear to the streets of London’.

New Labour is steering the bandwagon. ‘Youth crime has reached a record high,’ the government’s Youth Justice Board proclaimed last weekend. This is an example of what sociologists call a ‘moral panic’, a scare which starts in the media and then takes on a life of its own. A few incidents occur. They are blown out of proportion.

Soon every child hanging around is suspicious. Small acts which would have gone unnoticed, like petty shoplifting, become part of the growing hysteria about criminal teenagers. Then tougher legislation is announced to deal with the inflated problem. Moral panics affect even those who are reluctant to get caught up in scapegoating.

Jonathan Miller, an award-winning theatre director, wrote in the London Evening Standard how graffiti and gangs of hooded youths have started appearing on his lovely estate. ‘Crime is at appalling levels-I begin to despair,’ he moans. New Labour ideologues and their supporters want us to believe that youth crime is something new and particularly menacing.

Did they never read Oliver Twist at school or watch films about the ‘juvenile delinquents’ and ‘teddy boys’ of the 1950s? Did they never hear about gangs of mods and rockers terrorising seaside resorts? Young working class people are not threatening society-society is threatening them.

Even so, a lot of their delinquency, at ‘rugger’ matches and ‘town and gown’ scraps, is ignored. Gangs are seen as threatening because they are working class children who spend their free time on the street with nowhere else to go. They make up their own activities because they have no other outlets for their energy.

The whole point of gangs and youth culture is to create something of their own when they have so little else. And the whole point is that it has to be something adults don’t understand and can’t join in.

Graffiti, joyriding, drugs and illicit sex are all about countering boredom with excitement, and feeling insignificant with feeling important. Gangs traditionally provide kids with something to do and someone to do it with. Many young working class people feel completely alienated from a school system that will test them some 105 times in their school lives.

They will have irrelevant facts ground into them and then all too often be failed and rejected. The majority of young people who are convicted of crime are not truants. They have been excluded from school under Labour’s policies of punishing those most in need. Yet it is planning to exclude even more kids.

Most teenagers grow out of their gangs when they get older, and get jobs and relationships. All teenage gangs have the same roots-anger, boredom, frustration, and a desire to kick back against oppressive adults

Socialists understand why young people can be driven to self destructive and abusive behaviour. We can also see the flipside of the alienation. More teenagers and school students are finding collective ways of resisting war, racism, and capitalism now than for a generation.

We need to stay on the streets 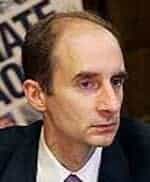 Mike Rosen: Dealing with the Nazis