This article is over 6 years, 6 months old
Calls for urgent action on climate change should be welcomed, even when they come from Pope Francis, writes scientist John Parrington
Downloading PDF. Please wait...
Tuesday 23 June 2015

Saints alive! What are we to make of the pope’s intervention last week in the climate change debate? Personally, I’m glad Pope Francis believes it’s vital we do something to stop global warming.

In his own words, “This home of ours is being ruined and that damages everyone, especially the poor.”

Importantly, the pope locates the cause of global warming as “human activity”, in contrast to those who claim it is somehow part of the earth’s natural cycle.

He is clear that the only solution is to replace “highly polluting fossil fuels” with “renewable energy”.

And he is scathing about the idea that free market options, like the exchange of “carbon credits”, offer a solution. Rightly, he argues that this “can lead to a new form of speculation which would not help reduce the emission of polluting gases worldwide.”

The pope’s intervention—put forward as an “encyclical” letter—has triggered an angry response from climate change “sceptics”.

So Jim Lakely of the Heartland Institute, a conservative US pressure group partly funded by billionaire industrialists, said, “The pope has great moral authority but he’s not an authority on climate science.”

Meanwhile Republican presidential contender Rick Santorum—a Catholic—has also criticised the pope’s stance. He said, “I think we probably are better off leaving science to the scientists.”

In fact the pope’s intervention is fully based on science.

So not only does he himself have a degree in chemistry, but he has consulted top climate scientists.

These include Hans Schellnhuber, director of the Potsdam Institute for Climate Impact Research, who said “I can testify that everything in the encyclical is in line with science.”

In contrast, hardly any serious scientists nowadays are climate sceptics. A recent Nasa space agency survey showed that 97 percent of climate scientists agree global warming is most likely due to human activity.

Some may understandably be wary of the value of the pope’s intervention, given the position of the Catholic Church as an institution and its vast riches.

Then there’s its reactionary stance on issues such as abortion, contraception, as well as collusion with attempts to cover up sexual abuse of children by people in its ranks.

While such criticisms are quite correct, to only focus on this side of the church neglects something Karl Marx once said. Religion is not only the “opium of the people”, but also the “heart in a heartless world” for many people.

Like it or not, the pope retains an audience of more than one billion people. That’s because such people, who are predominantly poor, are suffering badly.

Their suffering will only increase because of global warming, bringing with it drought, floods, and famine.

The pope’s message is welcome because it recognises the scale of the problem and its cause—and also because he has called for a “bold cultural revolution” as the only solution to the coming catastrophe.

Despite the contradictory role of the Catholic Church, this seems to me something socialists can embrace—while not dropping our criticisms of the church’s own abuses.

At the same time we should be clear that stopping global warming will require more than the pope’s moral arguments alone.

There are viable alternative ways to cut emissions 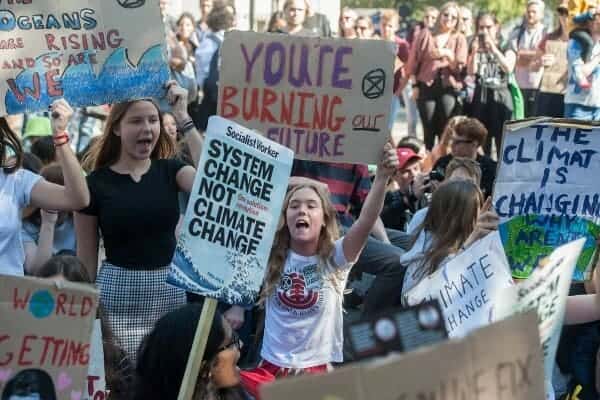 Melting and methane could speed up climate change