Tones of black, white and blue

This article is over 17 years, 10 months old
I ONCE thought the late, great Marvin Gaye was white! The reason was simple: I was eight years old and the guy pictured on the front of my compilation album gazing up at a white woman on a swing was a blue-eyed, blond-haired John F Kennedy look-alike.
By Martin Smith
Downloading PDF. Please wait...
Saturday 06 March 2004

I ONCE thought the late, great Marvin Gaye was white! The reason was simple: I was eight years old and the guy pictured on the front of my compilation album gazing up at a white woman on a swing was a blue-eyed, blond-haired John F Kennedy look-alike.

That cover was not untypical. In the 1940s, 50s and 60s black singers were often portrayed as white by their record companies. Even when images of the artists themselves were used their hair was straightened and their faces bleached. Just look at the original record covers of great artists like Nat King Cole, Lena Horne and Dionne Warwick.

A couple of months ago Joss Stone released her debut album, The Soul Sessions. For those who don’t know, Joss is a 16 year old white soul singer from Devon. The cover of her album really amused me-yep, you guessed it, she is portrayed as a black woman!

The representation of black musicians on record sleeves has gone through many transformations. One of those responsible for those changes was the photographer Francis Wolff. Wolff arrived in New York at the end of 1939 (by legend on the last boat out of Nazi Germany). In 1956 he teamed up with commercial artists Reid Miles and Alfred Lion. Over the next 11 years they created and designed the covers for the jazz record label Blue Note.

Blue Note was very meticulous in every aspect of their record production. They used the best vinyl, they paid for band rehearsals and they definitely produced the best record sleeves.

Their designs were as recognisable as the trumpet timbre of Miles Davis or the phrasing of Billie Holiday. If you have got a jazz poster at home the chances are it’s a Wolff photograph. If you still don’t know what I’m talking about, think Thierry Henry in the new Renault advert. The va va voom they are trying to get you to buy into is inspired by Wolff’s images.

Blue Note’s images of John Coltrane, Miles Davis and Horace Silver portrayed them as serious artists. They had dignity, which was a massive break from the stereotypes and Uncle Tom characters on many previous record covers.

It was coincidence that Wolff started working for Blue Note in the same month as Martin Luther King launched the civil rights movement. But you couldn’t separate his images from the massive events that were taking place in the US. Just take a look at the image of Coltrane on the cover of Blue Train or Art Blakey on the cover of his album Moanin’.

As Blakey said, ‘Wolff’s photograph of me captured my desire for equality-I was saying I want respect.’ As the civil rights movement began to break down barriers so there were musicians and a handful of photographers and graphic artists who wanted to push back the boundaries of their work both artistically and politically.

I don’t want anyone to claim that I am getting carried away when it comes to the representation of black musicians. Only a few years ago Whitney Houston’s record company at one time thought she was too ‘ethnic’ looking. 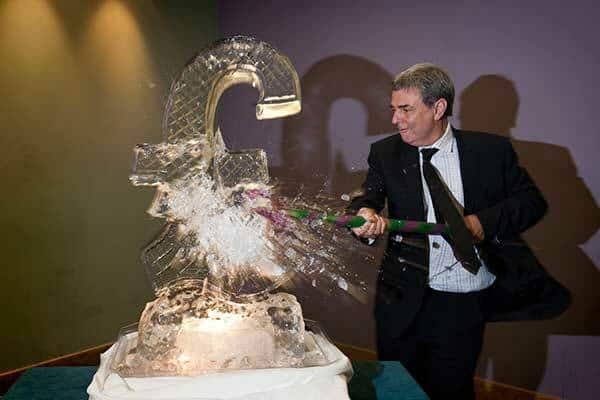 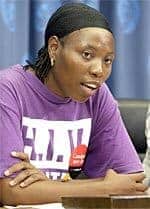 The 14,000 people infected with HIV every day deserve hope