The storms that have battered Britain this winter have exposed the government’s complacency in the face of climate change.

Only as the floods surged along the Thames Valley into Berkshire and Surrey and lapped at the playing fields of Eton College did David Cameron pull on his wellies and get down with the people.

Nick Clegg joined in, but no one really noticed him. Princes Charles, Harry and William also popped up to engage in a spot of recreational sandbag-tossing in Berkshire.

Weeks after the crisis began Cameron decided to chair Cobra, the government’s crisis committee.  His hypocritical face-saving masked plans for more cuts to the Environment Agency (EA). And his comment that “money is no object” in dealing with the floods effectively demolished his mantra that there is no alternative to austerity.

No doubt they also see Smith as proof that gays are, after all, responsible for the floods and storms. Where there’s a rainbow flag there must be rain, right?

While politicians have been knocking lumps off each other a recent poll reported 60 percent of those questioned were critical of the government’s response to the crisis.

Some 48 percent now think climate change is the cause while only 32 percent do not.

The fallout from the floods now threatens to undermine the advantage the Tories hope for from a real, even if narrow and fragile, economic recovery.

A sense that it took the floods’ arrival in the Home Counties to get politicians’ attention added to many people’s sense of injustice at that recovery, which has been heavily skewed in favour of London and south east England.

But it would be wrong to imagine Britain divided between a poor North and a rich South. There are wealthy people in the North and, conversely, huge areas of deprivation and poverty in London and the South.

Half the children in Tower Hamlets live in poverty and 72 percent are deprived. Food banks in London grew by around 300 percent in the 12 months from mid-2012.

But London is certainly recovering compared to most other British cities—and it benefits disproportionately from public and private investment.

In 2011, the Institute for Public Policy Research estimated that transport projects in Britain benefitted people in London by £2,731 per person. But in the North East people only benefitted by £5 per person.

The hundreds of PPP and PFI schemes that see private firms cash in on public sector projects are administered by companies of which 75 percent operate from London. Some 83 percent of the revenue goes back to London and the South East.

A Centre for Cities report, Cities Outlook 2014, calculates that London now has 19 percent of all UK jobs, 21 percent of businesses and 25 percent of UK economic output.

And while the poor and the public sector are suffering in London too, the projected loss of more than half a million public sector jobs in the next few years will predominantly hit the North and West of England.

These are already deprived regions.

This picture of skewed growth and under-investment in areas and regions most at risk from flooding has serious implications as the potential for more extreme weather increases. The situation demands state-directed intervention and investment on a big scale.

When the floods eventually subside, how will the Tories and the rest of the ruling class respond?

Out of touch and unwilling to break from the rhetoric of austerity, they will mostly continue to indulge climate change doubters.

We can expect them to deny state funding for socially necessary projects such as reforestation, upstream flood prevention measures, cutting carbon emissions, dredging and tidal barriers.

Our side will need imaginative campaigning and mass struggle to turn the tide of such ruling class short-sightedness. 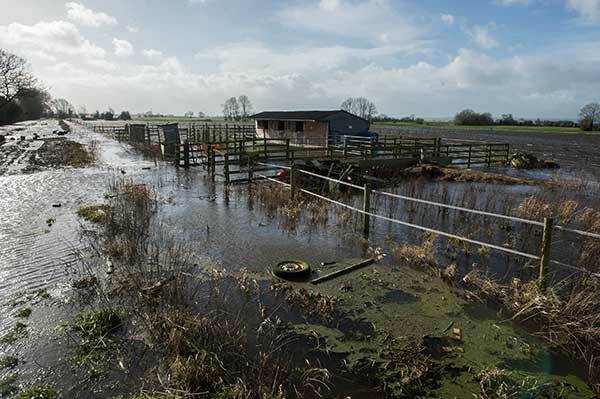 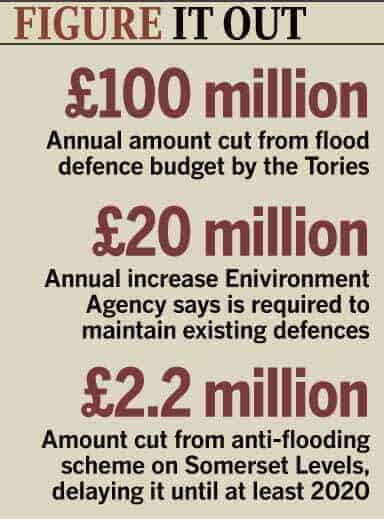 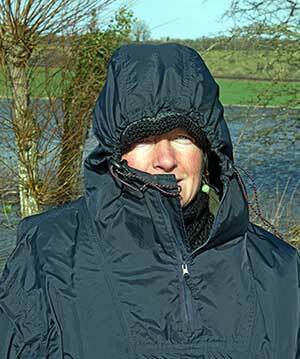 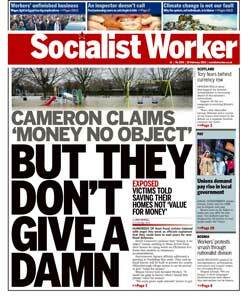