We stopped racist EDL …and we’ll do it again!

This article is over 10 years, 4 months old
There are days when our side wins an outright victory. Tower Hamlets on 3 September 2011 was one such day.
By Martin Smith
Downloading PDF. Please wait...
Tuesday 06 September 2011

There are days when our side wins an outright victory. Tower Hamlets on 3 September 2011 was one such day.

Thousands of anti-fascists took to the streets of East London and ensured the racist English Defence League (EDL) did not take one step inside the borough.

The EDL’s objective was clear. One of its leaders described Tower Hamlets as “The lion’s den—the heart of multiracial and multicultural Britain”.

And the threat was real.

Since its formation two years ago, this violent racist street movement has tried to strike terror into the hearts of Muslims in Britain.

Time after time it has rampaged through Muslim areas. Mosques have been attacked and Asian people assaulted.

But the EDL doesn’t just hate Muslims. It also sees trade unionists, anti-racists and students as its enemies.

Like all fascist groups, the EDL wants to spread racism and smash democratic organisations.

It will only be happy when everyone cowers under the heel of its boot.

But last Saturday anti-racists on the streets outnumbered the EDL ten to one. It faced determined opposition.

Unity was the key to our success. Under the banner of Unite Against Fascism (UAF) and United East End (UEE), a coalition was formed.

Around 600 EDL thugs turned up—far less than the 2,000 they boasted would come. We had split the hardcore thugs from the soft hangers-on.

Don’t let anyone try and tell you the police did everything they could to keep the EDL out of Tower Hamlets.

UAF discovered that the police were going to let the EDL assemble on top of a Sainsbury’s multi-storey car park in Whitechapel.

It overlooks the East London Mosque.

A “boycott Sainsbury’s” campaign was launched.

Within hours this giant corporation issued a statement saying, “The EDL is not welcome here.”

We then discovered that the police wanted to use Liverpool Street station as the EDL rallying point.

The RMT rail union was contacted. RMT members threatened to shut the station on health and safety grounds if the racists turned up there.

Their management weighed up the options and said, “The EDL is not welcome here.”

Finally the EDL declared it was going to meet up in six pubs near Kings Cross station.

UAF activists said that it would organise a boycott of the pubs.

All six pubs then announced, “The EDL is not welcome here.” One landlord even put up a poster in his window stating, “No dogs, No Nazis”, in a wonderful twist on the infamous racist posters in pubs and hotels in the 1950s and 1960s.

Last week’s demonstrations put everybody’s theories on how to stop the EDL to the test.

Many, including the anti-fascist organisation Hope Not Hate/Searchlight and the Labour Party, called on home secretary Theresa May to ban the EDL march.

This was a disaster. May did ban it—but she also banned the anti-racist march.

The ban was used as a pretext to introduce even more draconian laws.

All marches in Hackney, Islington, Newham, Tower Hamlets, Waltham Forest and the City of London were banned for 30 days.

The majority of people who supported the call for a ban are well-meaning. But the strategy is bankrupt.

Bans don’t stop the EDL holding static protests and they demobilise our side. And you can’t rely on the state to halt racism and fascism.

After all the Tories, along with other European leaders, have spearheaded the assault on multiculturalism.

They are happy to play the anti-Muslim card.

A government hell bent on slashing jobs and services also has an interest in limiting resistance to its austerity programme.

It was right to protest. If we hadn’t the EDL would have rampaged through Tower Hamlets.

I am proud of the role that UAF/UEE played on the 3 September. The Tower Hamlets protest has set the benchmark for future anti-EDL protests.

But the EDL will be back. And we will have to mobilise to stop it again. But stopping it is not enough.

Europe is plunged into economic crisis and austerity. Far right and fascist parties are on the rise.

But we also have to put forward an alternative to a system that breeds war, greed and racism.

We need a socialist alternative, with social and economic equality at its heart. 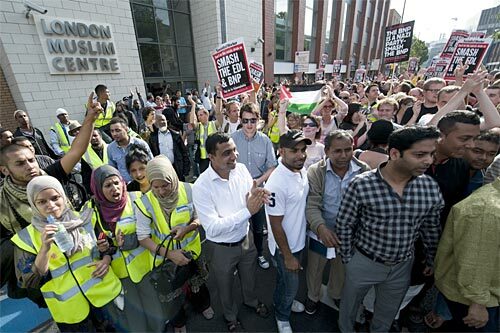 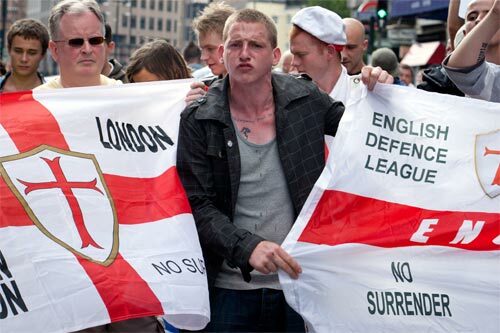 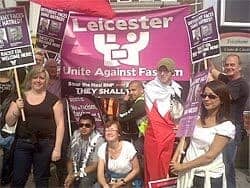