Who can bury this corpse

This article is over 17 years, 3 months old
"IS BLAIR really finished now?" This was the question posed by Angharad Hughes in a letter to last week’s Socialist Worker. She writes, "I seem to remember that about six months ago Socialist Worker was describing Tony Blair as a ‘political corpse’—and I agreed with you.
By Alex Callinicos
Downloading PDF. Please wait...
Saturday 02 October 2004

“IS BLAIR really finished now?” This was the question posed by Angharad Hughes in a letter to last week’s Socialist Worker. She writes, “I seem to remember that about six months ago Socialist Worker was describing Tony Blair as a ‘political corpse’—and I agreed with you.

“He doesn’t seem like that now. Far from backing off from his project (or sloping off to spend more time with some directorships), Blair has the bit between his teeth, and is coming up with ever more crackpot ideas to privatise and deregulate.”

Angharad is right on both counts. I wrote after the Hutton report in January that “Blair is reaching the point at which Thatcher arrived in the late 1980s, where he has become vulnerable to rebellion in his own ranks.”

But here he is, threatening to go on and on, surrounded by fawning Labour ministers, backbenchers and constituency delegates. So why has Blair survived?

It isn’t because he’s in a position of intrinsic strength. An opinion poll in the News of the World last Sunday put Labour at 28 percent, in third place behind the Tories and the Liberal Democrats.

According to Bob Worcester of MORI, writing in the Observer, “Confidence in Blair is now as low as that experienced by Margaret Thatcher in the last 18 months of her premiership.”

The biggest reason for this is what Peter Hain stupidly tried to dismiss as a “fringe issue”—Iraq. Worcester reports, “Iraq is a major worry for the British electorate, with 36 percent saying that the war is one of the key issues facing the country, ahead even of the NHS.”

Blair is still around because of the political degeneration of the Labour Party. British prime ministers lose office either because they lose a general election or because their party removes them. The only Labour figure who could lead a successful rebellion against Blair is Gordon Brown—still seen by many party activists as a real socialist despite the fact that he is the architect of the government’s neo-liberal economic policies.

But it doesn’t look as if Brown has the guts to wield the knife. He twice intervened to save Blair from backbenchers’ rebellions—over the initial decision to go to war in March 2003 and over tuition fees in January this year.

Then there’s the famous dinner that John Prescott gave in his flat for Blair and Brown last November when, according to Suzy Mackenzie of the Guardian, “all the evidence suggests Blair agreed to stand down this autumn to make way for a pre-election leadership contest, an arrangement on which he has since reneged”.

You would have thought Brown of all people would know that promises from Blair are worthless.

It’s also true that the tide of backbench rebellion has receded in the past few months. This isn’t simply because the prospect of a general election next spring is acting as a form of discipline. Labour MPs have made the same cynical calculation as their leaders—that, with the Tories weakened and vulnerable to the Lib Dems and UKIP, Labour will hang onto a majority of seats even with a much reduced share of the vote.

This could change. A further slide by Labour in the polls could push even the cowardly rabble that inhabits the government backbenches into revolt. And the endless guerrilla war between the Blair and Brown camps could spill out of control.

But the probability is that Blair will hang on to 10 Downing Street. What a condemnation of both British parliamentary democracy and the Labour Party that is—a discredited and, to all appearances, increasingly deranged politician can survive because his MPs think most of them can hang onto their jobs under him. No wonder many people will not vote at the next general election.

That in itself is sufficient reason for Respect’s existence—to begin to give a voice to the working class people who have been denied a voice by what was supposed to be their party. 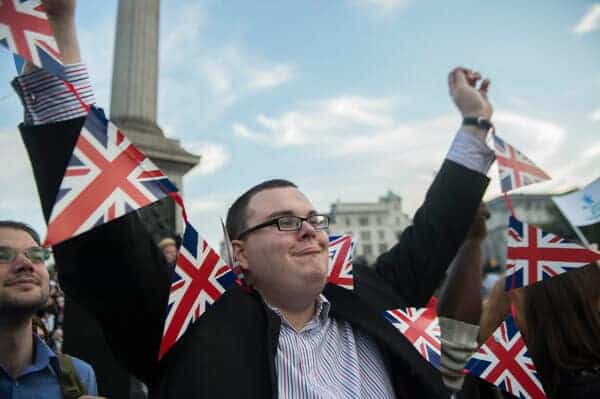 A life in the line of fire in Palestine 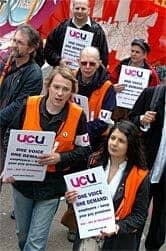 Lecturers: vote no to the deal