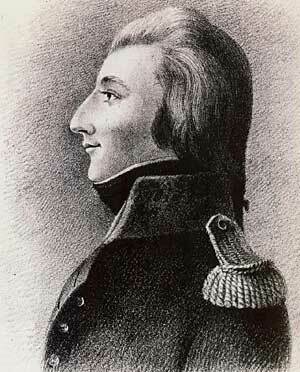 In 1798 a rebellion against British rule in Ireland reached its peak. The struggle for liberty, involving half a million people, was fuelled by colonial repression meted out by British troops. The troops’ favourite torture method was called “pitch-capping”. Men who wore their hair short in the revolutionary style, known as “croppies”, would have their heads tarred and then set alight.

Laws were rushed through giving immunity to British troops who “exceeded legal powers while on duty” and mass hangings were a regular occurrence. Opposition to this brutality led thousands to look to the the United Irish movement, which brought together “Protestant, Catholic and Dissenter” rebels. The 18th century, a period of economic growth, helped lay the basis for this movement.

A textile industry sprung up in the north east, and cities like Dublin grew. As these developments took place a new urban middle class emerged. But political power still lay outside Ireland — in England with the aristocratic landowners. Absentee landlords owned 85 percent of the land. Most were Protestant, while their tenants and labourers were virtually all Catholic.

As well as denying Catholics their basic rights, the landowners also acted as an obstacle to the progress of the Protestant middle classes.

Through the 1790s revolutionary ideas began to take root. The American war of independence in the 1770s had shown Britain could lose a colony. The 1789 French Revolution added to the belief that radical change was possible.

The United Irishmen movement stood in this revolutionary tradition. It was based on an alliance between the new middle class manufacturers, the artisans of Belfast and Dublin, and the mainly Catholic peasants.

The movement was founded by Wolfe Tone, a Protestant barrister. Recognising that “merchants make bad revolutionaries” he argued what was needed was “the men of no property”.

The United Irish demanded the vote for all men, an end to tithes (a form of tax levied by the church), and land reform.

In January 1796 Tone travelled to France and persuaded a French fleet to come to aid Ireland. With Tone aboard 15,000 men set out. But a storm broke up the fleet and a relentless gale meant landing was impossible.

The British rulers were petrified. There were only 3,000 troops in the south of Ireland, and the government could not risk removing troops from the north where the United Irish movement was strong. So the recently formed Orange Order was allowed to run amok in the north of Ireland whipping up anti-Catholic hatred.

Any Catholic on decent land would be driven off it by gangs of thugs and replaced by “loyal” tenants. The repression and the actions of the Orange Order’s mobs pulled many more into the United Irish movement. Then, in 1798, an uprising broke out.

In the run-up to the revolt, most of the United Irishmen leadership was arrested, others fled or deserted. Despite this, insurrection broke out across the country.

In the town of Wexford rebels routed the military. Peasants carrying pikes overran the enemy cannons. The streets filled with the victors, and one eyewitness reported that servants were heard to mutter that it was now “their turn to be master”.

This was no sectarian battle — rebels attacked the slate-roofed homes of the rich, while the British militia burned only the thatched cottages of the rebels and their sympathisers.

The immense bravery of the rebels was not enough. The Wexford rising was finally beaten at Vinegar Hill when the rebels’ camp was captured. In the north the rising came later, but still involved thousands. However, it too went down to defeat. Tone, still in France, sailed with another fleet, but arrived too late to save the rebellion. Tone was captured and cut his own throat the night before his execution.

The colonial government took its revenge. Soldiers were allowed to go on the rampage. An estimated 30,000 supporters of the uprising were killed.

The hundreds of thousands of peasants who saw in the United Irish a chance to stand up against oppression and poverty were abandoned by their allies. The middle classes and the new industrialists who had aspired to Irish independence as a means to increase their wealth and influence lost their nerve. But in 1798 the combination of radical ideas and the bravery of the “men of no property” had nearly brought liberty to England’s oldest colony.