2011’s rising tide of revolution – and historical patterns of revolt

This article is over 10 years, 7 months old
John Molyneux looks at this year’s revolutions, their significance and how they compare to patterns of revolt through history
Downloading PDF. Please wait...
Tuesday 07 June 2011

There is a rising tide of struggle internationally. This kind of generalisation is not easy to make because the struggle is always at different levels and taking different forms in different countries.

Nevertheless, it is clear that in the last year the overall trajectory has been massively upwards.

In 2010 general strikes took place in Greece, Spain and Portugal, and there were mass strikes in France. And in Britain in November and December there was the explosive student revolt over fees.

Then, starting on 17 December in Tunisia, came the “Arab Spring” which lifted the struggle to a new level. The Tunisian Revolution brought down a dictator in less than a month.

It led directly to the 25 January Revolution in Egypt which ended the rule of Hosni Mubarak, an even more powerful dictator, on 11 February.

What made the Egyptian Revolution an event of such importance for the region and the world was:

As a result the Egyptian Revolution served as a beacon internationally. It led to uprisings in Libya, Bahrain, Yemen and Syria.

Despite setbacks and imperialist intervention in Libya and Bahrain, and vicious repression, the Arab struggle continues.

This is due to the awesome courage and resilience of the people. The inspiration radiating out of Cairo’s Tahrir Square was by no means limited to the Arab world.

The Egyptian Revolution connected to American workers in Wisconsin. It had dictators worried as far afield as Zimbabwe and North Korea.

There have also been revolts of some size in the Maldives Islands in the Indian Ocean and in Burkina Faso in sub-Saharan Africa.

In Britain there was the biggest trade union demonstration in history on 26 March, and in Ireland there was a riot at the ballot box, with the devastation of the ruling Fianna Fail party and the election of five hard left members of parliament.

Then came 15 May in Spain, and the occupation of Puerta del Sol square in Madrid. This spread with enormous speed to other cities in Spain and to Spanish communities in other countries.

Greece has seen mass protests, and there is a prospect of a major strike on 30 June in Britain.

And the revolution continues in Egypt with hundreds of thousands out on 27 May calling for a “second revolution”.

In short, people are generalising. It’s not difficult to do so. Everywhere working people are having to deal with attacks on their living standards to make them pay for the crisis of capitalism that broke out in autumn 2008.

It is useful to put this in historical perspective. Since the emergence of the modern working class the revolutionary struggle has seen three international waves.

The first was 1848. It was the time of the great Chartist movement in Britain and the publication of the Communist Manifesto. The uprisings began in Palermo in Sicily and ricocheted round Europe through France, Germany, Hungary, Austria, Italy and Switzerland.

But tens of thousands were killed. Everywhere reaction triumphed, and the movement receded when capitalism embarked on massive economic expansion. At this point the working class was too small and capitalism too strong for there to be a real chance of socialist victory.

The next and greatest wave began before the First World War with the 1905 Revolution in Russia. It included the “Great Unrest” in Britain between 1910 and 1914, the Industrial Workers of the World in America, the Dublin lock-out in 1913 and the Easter Rising in Ireland in 1916.

It reached its high point with the Russian Revolution of 1917. This was followed by six years during which the fate of capitalism hung in the balance.

Tragically the Russian Revolution failed to spread successfully. The worst defeats came in Italy, where Benito Mussolini’s fascists destroyed the powerful workers’ movement, and Germany, where the Communist Party let a great opportunity for revolution go begging in 1923.

Humanity paid the price with the rise to power of Adolf Hitler in Germany and Joseph Stalin in Russia.

The third wave—chronicled by Chris Harman in his book The Fire Last Time—began in the late 1960s. This exploded in 1968 when the black struggle in the US, the student revolt, and the anti-Vietnam war movement came together with the struggle of the working class.

The most spectacular event was May 1968 in France with its strike of ten million workers. But there were also riots across the US, the Prague Spring in Czechoslovakia, the civil rights movement in Ireland, and smaller battles too numerous to mention.

This in turn led to major workers’ struggles in Britain, Italy’s Hot Autumn in 1969, Popular Unity in Chile, the overthrow of the Greek junta and the Portuguese Revolution in 1974.

The upturn ran out of steam after the terrible defeat in Chile in 1973, the neutralising of the Portuguese Revolution in 1975 and the deals struck by the leaders of the labour movement with governments in various countries.

These weakened the workers’ movement and paved the way for neoliberalism and the defeats of the 1980s.

History never repeats itself exactly, but the present situation is closer to the third wave than to the first two. It is beyond 1848 in that the working class is far stronger internationally and there is no prospect of capitalist expansion into new markets—like in the 1850s.

It has not reached the level of 1917 and after—the working class has not yet taken power anywhere. But there is a huge momentum and we are just at the beginning.

The economic situation is also much more severe. The explosion of 1968 came on the back of the first faltering of the long post-war boom and ran aground as the system moved into recession.

This time the movement is rising in response to the economic crisis, which shows every sign of continuing for many years.

Moreover there is a new, extremely serious factor in the situation—climate change. This threat is widely recognised in the abstract but it tends to be seen as a disaster that may or will strike in the future and as a separate issue.

In reality climate change is already happening and having a serious impact in many parts of the world.

It has the effect of sharpening social conflicts and the class struggle. Along with inflation, climate change is a factor in the rise in basic food prices, which in turn has been a major force behind the Arab revolts.

What are the implications of this? Certainly not that our side will advance smoothly from victory to victory. We face a powerful enemy—the international ruling class—and it will fight back and win some battles.

But defeat in one place will not automatically prevent somewhere else picking up the baton. So we should view coming events with optimism and excitement.

We should expect the unexpected. Not only will there be new eruptions of struggle, there will be new forms emerging, such as the occupation of public squares.

Mass strikes, workers’ councils, flying pickets, and student sit-ins were all “new” in their day. Very often, precisely because of their newness and spontaneity, these struggles will be characterised by anti-political, anti-party moods.

People entering into struggle for the first time, enthused by the justness of their cause, frequently think that all that is required is for everyone to get together and keep “politics out of it”.

Socialists need to be alert and ready to respond, quickly and positively, to these developments, without losing sight of basic principles and strategic objectives.

In the end it will be the struggle of the mass of the working class, especially the struggle at the point of production, which will be crucial. “Where the chains of capitalism are forged, there must they be broken,” as the great Marxist Rosa Luxemburg put it.

We also need a sense of urgency. In Britain the racist and fascist right has suffered serious setbacks, but this is not the case everywhere. Even if the left currently has the initiative, if we squander our opportunities the fascists will try to take advantage.

History shows that as well as mass struggle ultimate victory depends on the working class developing strong political organisation. It is no accident that in all the past struggles listed above the only one where the working class took power, albeit only for a few years, was in Russia in 1917, when the Bolshevik Party led the revolution.

At present the forces of revolutionary socialism are small so it is right that socialists in many countries are involved in political initiatives designed to draw more workers into political activity.

This includes initiatives such the Democratic Workers Party in Egypt, the Left Bloc in Portugal, Die Linke in Germany and the United Left Alliance in Ireland.

This does not change the need to build fully revolutionary parties. This is not easy, and some activists will balk at it, but it has to be done.

Build the struggle! Build the party! 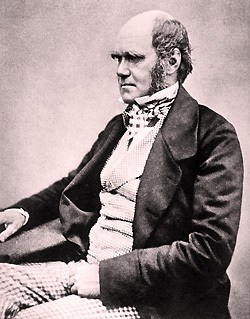 How did human beings evolve? 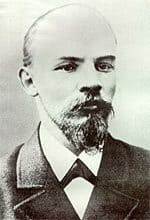 Revolution in the 'progressive' bloc