26 reasons to march on Saturday 26 March

This article is over 10 years, 10 months old
The TUC protest on 26 March against the Tory cuts needs to be huge – here are just 26 reasons to join it
Downloading PDF. Please wait...
Tuesday 22 February 2011

The proposed council job losses total currently stands at 162,718, according to the GMB union.

As you read this it will have gone up even further.

The job cuts include more than 7,000 jobs in Birmingham alone. The funding cuts hit poor areas much harder than rich ones. Deprived areas such as Hackney, Knowsley, Doncaster and South Tyneside have been hit with the maximum funding cut.

Meanwhile leafy Windsor, Richmond and Buckinghamshire all get cuts of less than 1 percent.

2. The rich are getting richer

The wealth of the 1,000 richest people in Britain stands at a record £336 billion, according to the Sunday Times rich list.

It went up by an incredible £77 billion last year.

Why not tax that instead of cutting jobs and services?

3. Tax dodges of the wealthy

The rich already avoid or evade £120 billion a year of tax, according to the PCS civil service workers’ union.

The bosses of the FTSE 100 top companies paid themselves an average of £4.9 million last year.

The war in Afghanistan costs Britain £4.5 billion a year.

And if we scrapped all the Trident nuclear missiles, that would save another £97 billion over the next 20 years

6. Making war on the poor

The Tories are forcing unemployed people into unpaid work. And they have brought in harsh testing for disability benefits.

Private contractor Atos has declared people with severe disabilities as “fit to work”, which has thrown them off badly-needed benefits

7. Fight to save our nurseries

In Manchester, the cuts mean the council is closing every SureStart nursery unless “volunteers” can be found to run them.

This could soon happen everywhere

8. ‘Social cleansing’ of the cities

Transport minister Philip Hammond sits on a £9 million fortune. Chancellor George “Gideon” Osborne (left) has £4.3 million—and is dodging inheritance tax. David Cameron has £3.2 million. Lib Dem Nick Clegg is worth more than £1 million. They’re not “all in it together” with us

The Tories are closing more than 450 libraries.

11. Health serivce is in crisis

The government says it is handing the NHS over to be “run by doctors”. But the truth is that it is handing it over to private firms that only want to make a fast buck.

The will pave the way for full privatisation of the health service.

So-called “GP consortia” will be given control of the NHS budget.

end up in the hands of the private

sector. From there the privateers will be in a position to start taking over whole parts of the service—profit not need will dominate the NHS.

Thousands of jobs are already going every week.

At the Heart of England NHS Trust, in the West Midlands, for example, 1,600 jobs are to go— that’s one in five of the workforce

Not even Margaret Thatcher dared to sell Royal Mail—but the coalition has private mail firms lined up to take it over.

14. Selling off our trees

Outrage and mass marches against the Tories’ plan to privatise all Britain’s forest seems to have made them back off for now.

While we suffer, good times are here again for the bankers—not that they ever went away.

On 15 February, the day Barclays announced its £6 billion profits, the firm’s traders were splashing their bonus cash on champagne.

A Porsche dealership said its most expensive cars were selling out because of bonus season, while posh wine merchant Berry Bros and Rudd said there had been a run on its £5,000-a-case Chateau Latour wines.

Barclays chief executive Bob Diamond pocketed a bonus of at least £9 million. He has an estimated fortune of £95 million.

We bailed out the bankers to the tune of £130 billion. That’s the money they’re now claiming is “profit”. The banks are still there—we should take our cash back

As the RPI inflation measure hits 5.1 percent, the VAT tax rise starts to bite and interest rate rises loom on the horizon, everything is getting more expensive.

Most workers’ pay is frozen

The Tories’ plan to deal with 50,000 work-related deaths a year, according to TUC figures, is to slash the number of health and safety inspections

Up to five million public sector workers will work for longer and pay more in contributions, and end up with lower pensions at the end of it.

The government is already playing the trick of changing the rate they increase at from RPI inflation measure to the lower CPI rate.

This means the average public sector worker will see the amount paid into their pension fall from £7,250 a year to just £4,750.

But the government has even worse plans lined up. Its pensions review is also looking at raising workers’ contribution rates—effectively a pay cut.

And the pension age is rising more quickly to 66. If you’re male and under 40, you’ll have to work until you’re at least 68

19. A million on scrapheap

Youth unemployment stands at one in five—the highest since records began.

20. Education for the rich

Many rely on the £30-a-week Education Maintenance Allowance to go to college—but the coalition has scrapped it.

And if you want to go on to university, it’ll mean running up massive debts to pay the £9,000 a year fees

More than 3,000 youth workers are set to lose their jobs as nearly every project working with 13-18 year olds is at risk

26 March will be a chance to bring together hundreds of thousands of students, trade unionists and others against the Tory government’s attacks

24. They’re trying to divide us

David Cameron’s speech saying “multiculturalism has failed” was a blatant attempt to get us to turn our anger away from the Tories and make us turn on each other. We can’t let him get away with it

Services dedicated to women, LGBT people, black and Asian people and people with disabilities have been some of the first to go in the cuts. These groups also make up a higher proportion of workers in the public sector, and so are more likely to lose their jobs

Imagine being there with your workmates on a monster demonstration of hundreds of thousands. The next day people won’t feel like they’re fighting the cuts alone—they’ll see they are part of a mass movement that can win

For transport go to www.marchforthealternative.org.uk

Problems for US as Israel attacks Syria 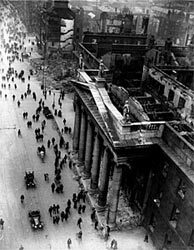 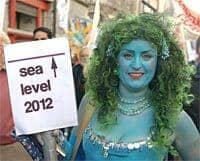 'We are really on the move now'