This article is over 16 years, 0 months old
John Rees introduced a discussion on Respect by putting it in the context of wider developments across Europe.
Downloading PDF. Please wait...
Saturday 14 January 2006

John Rees introduced a discussion on Respect by putting it in the context of wider developments across Europe.

“Respect is not a British phenomenon,” he said. “Look at Rifondazione in Italy, the Linkspartei in Germany and the Left Bloc in Portugal.

“What we have is not just a political crisis for the Labour Party, but a crisis of the political system.”

Delegates argued that Respect could make a breakthrough in the May council elections — providing it built roots in local campaigns and networks.

A teacher from London who was recently involved in an anti-academy campaign said, “This is exactly the kind of campaign that Respect needs to get involved with.”

Many people spoke about Respect’s preparations for the council elections in their local areas.

Simon from north London said, “We did fairly well in the general election last May — and it was a class vote. If you look at the places we did well in, they were the poorer, working class areas.

“The key to success is in building networks, in strengthening the links we already have as well as reaching out and building new links.”

Preston Respect councillor Michael Lavalette added, “If we want to get councillors elected in May we need to prove that Respect is not only the anti-war party.

“It will also fight over issues like civil liberties, Make Poverty History and the environment. We also have to be involved in what’s happening locally — we have to be there to deal with leaking roofs and the rest.” 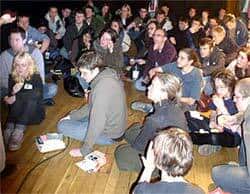 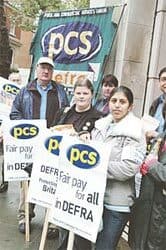