A philosophy that reveals contradictions

This article is over 16 years, 10 months old
The second instalment in our series on the Italian Marxist Antonio Grasmsci by Chris Bambery
Downloading PDF. Please wait...
Saturday 27 August 2005

Philosophy is usually presented as something beyond the ken of everyday folk. It is seen as timeless truths handed down by great men.

For Antonio Gramsci, philosophy was a response to contemporary problems, using contemporary modes of thought which have to be judged from an historical and social point of view.

Philosophy is a component part of the ideas of a particular society.

We are, for Gramsci, all philosophers. The language we use together with our culture, religion, folklore and the common sense of everyday life all involve particular conceptions of the world.

The ideas which dominate our lives filter down to us in a fragmented way, often finding expression in a way different to those philosophers and intellectuals first expressed.

Popular consciousness contains all sorts of modern and progressive ideas together with some terrible throwbacks.

For Gramsci a worker could be a “walking anachronism, a fossil” expressing all sorts of racist and sexist ideas but at the same time a loyal trade unionist who would never cross a picket line.

Popular consciousness “contains Stone Age elements and principles of a more advanced science, prejudices from all the past phases of history at the local level and intuitions of a future philosophy which will be that of a human race united the world over”.

Gramsci was drawing on his immersion in the Turin working class during the revolutionary years of 1919 and 1920. The mix of contradictory consciousness explains why the working class is not, under capitalism, an autonomous force acting in pursuit of its own interests.

The advance from popular to revolutionary consciousness is not a

Workers could act in ways which contradict what they said. This contrast between thought and action was the central contradiction within popular consciousness.

Workers spontaneously fight back despite the dominant ideology they might espouse.

Gramsci wrote, “One might almost say he [the worker] has two theoretical consciousness (or one contradictory consciousness).

“One which is implicit in his activity and which in reality unites him with his fellow workers in the practical transformation of the real world, and one superficially explicit or verbal, which he has inherited from the past and uncritically absorbed.”

The most important clash is that between a worker’s perceived view of the world and the reality they experience through struggle.

That gives rise to awareness of class, that workers stand in opposition to the power of the ruling class. This is “good sense”, a mighty step forward from “common sense”.

That can develop to a second higher stage, to a common class identity which transcends sectional interests.

Then, “A third moment is that in which one becomes aware that one’s own corporate interests transcend the corporate limits of the purely economic class, and can and must become the interests of other subordinate groups too.

“This is the most purely political phase.

“It is the phase in which previously germinated ideologies become ‘party’, come into confrontation and conflict, until only one of them tends to prevail.

“ This brings about not only a unison of economic and political aims, but also intellectual and moral unity, posing all the questions around which the struggle rages on a ‘universal’ plane, thus creating the hegemony of a fundamental social group over a series of subordinate groups.”

Gramsci explained, “Every revolution has been preceded by a long process of intense critical activity, of new cultural insight and the spread of ideas through groups of men initially resistant to them.”

Gramsci stressed the importance of the revolutionary party:

“One certainly cannot ask every worker from the masses to be completely aware of the whole complex function which his class is destined to perform in the process of development of humanity.

“But this must be asked of members of the party.

“The party can and must, as a whole, represent this higher consciousness. Otherwise it will not lead them but be dragged along by them. Hence, the party must assimilate Marxism.”

The party and its ideas cannot be separated from daily reality:

“Modern theory [Marxism] cannot be in opposition to the ‘spontaneous’ feelings of the masses.

“A passage from one to the other and vice versa, must be possible.” 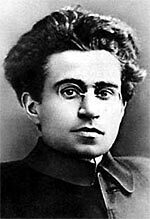 The state, consent and ‘war of position’ 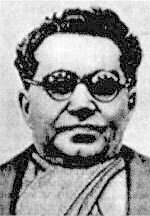