THE POLITICAL temperature has rocketed in recent weeks. There is the potential for the coming together of mass opposition to the war on Iraq and a very important industrial battle in the fire service. A senior Labour MP said last week, ‘I don’t know about regime change in Iraq, but we certainly need regime change in Downing Street.’

We have also heard veteran Labour right winger Denis Healey say this could mean the end of Blair because there is so much hostility to the war. That gives some indication of the stakes this autumn. At the same time the Anti Nazi League carnival in Manchester was a further sign of how young people are becoming politicised. There was a strong, militant atmosphere against the Nazis.

And the audience loved the political statements from the bands. This is the context in which we have launched our autumn financial appeal. Socialist Worker has a crucial role to play in the rising movement. It is not automatic that socialist ideas will win influence in this changed situation.

All sorts of traditions can gain a hearing. There are debates and arguments about which direction the movement and struggles should take. Some people in the anti-war movement, for example, are still talking about appealing to the UN to try and act as some kind of brake on the US. It is important for the anti-war movement that Socialist Worker is there patiently arguing that the UN is not a barrier to war. Socialist Worker is prepared to stick its neck out.

The rest of the press are not going to point out the hypocrisy of Blair condemning Saddam Hussein for breaking UN resolutions when Israel is in breach of far more.

Socialist Worker is not just a propaganda weapon but also an organiser. It helps to create networks to focus protest and resistance. That is reflected in the quotes from a range of people in support of the appeal, from representatives of the Arriva strikers through to the Ahmadi family campaign.

That shapes how we aim to raise the appeal money. Obviously we are the paper of the millions and the masses, not the paper of the millionaires. We depend on the sales of Socialist Worker, subscriptions from supporters, and the help of people who do not necessarily agree with the paper’s whole tradition, but who hold it in very high regard.

We are very conscious of the generosity of supporters and of all sorts of people inside the movement who have given to a number of issues over many years. We certainly don’t seek to abuse that generosity. We recognise there have been tremendous demands on people.

So we have set a target of £100,000 now (rather than £200,000, as last year) and we will be looking to raise another £100,000 in the spring. We are asking supporters to give a day’s pay, more if they can. More importantly, we are asking people who read and respect the paper to give what they can to strengthen it.

We have produced collection sheets for use at work, college or where people live. The heightened atmosphere means large numbers of people will be prepared to give.

That atmosphere also means increased demands on the paper, and for campaign materials and organisation to make our contribution to the movement successful. Every supporter has received a letter explaining the appeal and people are taking many initiatives.

In Sheffield, for example, activists met up last weekend to ring supporters up about the appeal. If things are done collectively it is enjoyable as you get a sense of people’s enthusiasm for the struggle and willingness to give. It is also much more efficient.

Lots of people are suggesting video showings, social events, car boot sales and so on. Any imaginative local initiative is welcome. There is an inextricable link between the political initiatives we are taking and the funding that is essential for them to be carried through.

Our enemies have no qualms about raising money. I remember growing up and listening to Ian Paisley asking for money for the bigoted Loyalist cause. Far from being apologetic, he virtually held people upside down and shook the money from their pockets!

Look at the way Blair sucks up to the fat cats and accepts their cash. Our aims and methods are the opposite. But we should be equally unapologetic.

Respect in the news 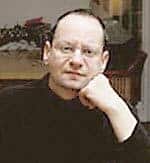 Philippe Sands: when Bush and Blair set off to war

Is an Arab revolution on the agenda?