Africom: the ‘war on terror’ spreads to Africa

This article is over 14 years, 6 months old
US plans for Africa are about increasing its dominance and the grip of Western multinationals, writes Ken Olende, and they will only make the people’s suffering worse
Downloading PDF. Please wait...
Tuesday 20 November 2007

The US government is planning to take its “war on terror” into new territory – Africa. Plans to establish a network of US-friendly military bases and a cross-continent command structure are well underway.

Many Africans believe that an enlarged US military presence will intensify existing civil wars and fan the flames of ethnic conflict, while strengthening the grip of Western multinationals which are clamouring for Africa’s oil and natural resources.

It is in this light that we should see the recent Ethiopian invasion of Somalia. It is a war being waged for the US by proxy, and has already led to hundreds of thousands of people being killed or displaced – many more, in fact, than in the much publicised conflict in Darfur.

The invasion was launched against the United Islamic Courts (UIC) government – the first in 15 years that appeared able to stabilise Somalia – primarily because it would not accept US control.

The US pointed to a so-called “Islamist threat” and alleged the presence of Al Qaida, even though the UIC was not sympathetic to Al Qaida.

Growing US imperial ambitions became clearer in February this year when George Bush announced the creation of Africom – a new unified US military command for Africa.

Currently the main US base in Africa is in Djibouti, which borders Ethiopia, with some 1,800 personnel.

However, the US also has access to air bases and ports across Africa. It has established what it calls “lily pads” in several more – facilities maintained by local troops that can be used to extend the US military’s strike range.

For African governments there is a growing awareness that allying with the US military will make them into terrorist targets, in the same way that the British government’s support for the “war on terror” increased the risk of terrorist attacks.

A number of African governments – including those of Libya, Nigeria and South Africa – have distanced themselves from Africom.

Zambian minister Mike Mulongoti said that inviting Africom in would be “like allowing a giant to settle in your home”.

The US justification for establishing the project is spelled out in a report to Congress from this July: “The 1998 bombing of US embassies in East Africa highlighted the threat of terrorism to US interests on the continent.”

And in a crucial passage, the report notes, “Africa recently surpassed the Middle East as the US’s largest supplier of crude oil, further emphasising the continent’s strategic importance.”

The report goes on to liken Africom’s role to that of Southcom, which was established in 1983 to cover Central and South America while the US was undermining the left wing Sandinista government in Nicaragua and backing the death squads in El Salvador.

Africom became operational in October. It is currently based in Stuttgart, Germany.

Despite the undoubted economic benefits that housing up to 700 US staff would bring, so far Liberia – barely recovering after years of civil war – is the only African country to seriously offer to house the US’s headquarters.

In 1995, two years after its previous disastrous military intervention in Somalia, the US defence department stated that “ultimately we see very little traditional strategic interest in Africa”.

Since then things have changed dramatically. When George Bush announced plans in 2006 “to replace more than 75 percent of our oil imports from the Middle East by 2025”, it was Africa he saw as the major alternative.

Economic and imperial power are always combined. A 2005 report to the US Congress on progress in the “war on terror” was very concerned about Africa, partly because it wildly overestimated the influence and coherence of Al Qaida as an organisation.

That same year the US launched the Gulf of Guinea Guard Initiative to build up maritime security for ten countries down the west coast of Africa. The initiative affected the exact area where Africa’s main oil deposits are to be found.

These military operations go a long way to reinforcing the economic power of institutions like the World Bank and the International Monetary Fund that police African economies with a heavy stick.

Even the most pro-Western leaders in Africa understand the role of these institutions in the creation of Africa’s debt crisis. The stranglehold of Western banks and multinationals has served to make an already dire economic situation worse for the majority of Africans.

Before his execution by the Nigerian state in 1995, Ken Saro Wiwa was exposing companies like Shell and BP, who were making millions from Nigeria’s oil wealth while local people suffered.

In October The Standard newspaper in Kenya, not usually particularly hostile to US interests, observed that the establishment of Africom coincided with Tanzania’s announcement that it had “hit commercially viable oil deposits along its coast. This comes just over one year after Uganda struck its own black gold in the west.”

Oil is not the only economic reason for the return of US interest in Africa. There is a much more concrete reason for US sabre rattling in Africa than the often elusive presence of Al Qaida.

China is now second only to the US as Africa’s largest trading partner. Trade between Africa and China for 2007 is expected to reach $70 billion, up from $56 billion last year, and it is currently showing no sign of levelling off.

Other imperial powers are also trying to re-establish their influence.

French president Nicolas Sarkozy has recently been travelling round Africa and the British military intervention in Sierra Leone was a part of the same process – as was Tony Blair’s Commission for Africa.

Local sub-imperialisms, such as South Africa and Nigeria, are also trying to assert their own influence – which is another reason why they are hostile to Africom’s crude assertion of US power.

The extremely uneven but nevertheless enormous growth of some African economies has had another effect – the creation of vast cities.

It is estimated that in 20 years the Gulf of Guinea will have more cities with a population of over one million than the US. The mass of people in these cities live in extreme poverty and they are hotbeds of resistance.

However the choice is not simply between accepting imperialist military and economic investment from Western powers, or investment from China, which also happens to be doing a roaring trade in arms sales to Africa.

It is also not about relying on a coalition of African nations to act independently of the major players.

Resistance movements in cities across Africa provide a third alternative. Workers and the poor have already stirred in Egypt, Nigeria, Guinea and South Africa.

The movements have yet to reach the levels achieved in Latin America, but the possibility does exist of massive struggles, across several countries, against both neoliberalism and imperialism. 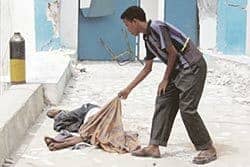 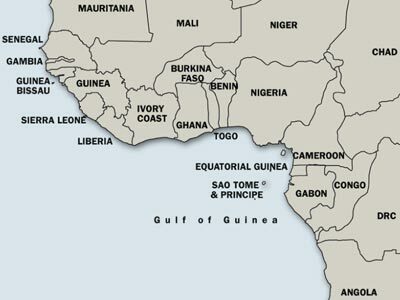