After typhoon Haiyan – capitalism and the climate

The devastation of the Philippines by typhoon Haiyan has shocked millions around the world.

For most of human existence we have been at the mercy of the weather. The massive development of scientific understanding and productive power under capitalism means this is no longer the case.

Yet capitalism causes poverty and hunger for millions. It also creates and worsens the climate crisis.

Naderev Sano, a delegate to the conference and a member of the Philippines’ Climate Change Commission, made an impassioned speech demanding action on global warming from the conference. He then pledged to go on hunger strike until the end of the event.

Sadly Sano and others in the Philippines will be disappointed by the outcomes of the UN conference. This is the 19th “Conference of the Parties” and as with the previous 18, little concrete action will be agreed.

Serious action on climate change has been blocked by politicians who are prepared to put the interests of big business before commitments that would reduce environmental disasters.

This is business as usual, under capitalism. The ruling class looks after its own interests.

Capitalists believe that the cutthroat competition of the free market provides the best balance. But as Frederick Engels put it in 1876, “In relation to nature, as to society, the present mode of production is predominantly concerned only about the immediate, the most tangible result.

“And then surprise is expressed that the more remote effects of actions directed to this end turn out to be quite different.”

But these effects leave millions of people facing a worsening environmental crisis. In countries like the Philippines, poor people have no option but to try and pick up the pieces of their lives after each disaster.

Urban expansion, poverty and lack of land mean that people are forced to live in high risk areas. Even if there are places to move to, the majority of people cannot afford to leave their jobs.

The local ruling class is in its own way as corrupt as the West, but any understanding of the balance of power in the world must take imperialism into account. This is the way modern capitalist states compete, using what power they have across the board to maintain control.

The current military competition between the US and China is an example of this.

The Philippines were fought over by Spain, Britain and America. The country was turned into a market for exports and a source of cheap raw materials and crops. Even today the country is one of the largest destinations for US agricultural exports.

And while the Philippines is not self-sufficient for basic foodstuffs like rice, it still produces huge amounts of foods like coconuts for export.

In addition, the social divisions at the heart of the system mean that the poorest nations are hit worst by climate change and the poorest people in those countries suffer the most.

The population of the Philippines is no stranger to extreme weather.

Almost 12 months ago, 2,000 people died as typhoon Bopha hit the country. Haiyan was the third superstorm to hit this year and in October alone there were seven major typhoons.

The Philippines are the first land mass that these storms hit as they travel westward from their formation in the mid-Pacific.

It is not possible to definitely state that any individual storm is down to climate change, but the fact that storms are getting worse almost certainly is.

Recently it was shown that the Pacific Ocean is warming at its fastest rate in 10,000 years. Storms like Haiyan get their energy from the ocean, and as the water warms they will get more powerful, and probably more common.

The Intergovernmental Panel on Climate Change—the international body that has produced regular reports on global warming—said in its 2013 report that such storms are getting more intense in the North Atlantic.

Elsewhere the evidence is not conclusive, but seems very likely.

But it is not just storms like Haiyan that are getting worse. Reports from the Arctic Ocean show that huge amounts of methane are escaping from the seabed.

This process is accelerating as the Arctic warms. Methane, like carbon dioxide, is a greenhouse gas and as it enters the atmosphere it further increases warming. Some studies suggest that the Arctic will be “ice-free” by September 2014.

Polar ice plays a major role in helping to reflect solar energy back into space. The melting of Arctic ice will further accelerate global warming.

Just this week a report by the World Meteorological Organisation suggested that sea levels this year were at a record high.

It is on course to be one of the hottest years since records began. As ice trapped in ice-caps and glaciers melted, it was contributing to higher sea levels. Higher sea-levels increase the impact of storms and cause flooding.

Last week The Economist reported that early estimates of the cost of Haiyan were £9 billion, pointing out that this “relatively low” figure was because the storm hit one of the poorest regions. When extreme whether hits wealthier nations, the cost is higher.

Since 2011 the US has experienced 25 extreme weather events that each caused more that £600 million in damages.

But the impact cannot be measured purely in terms of money. Up to 11 million people have been affected by Haiyan. Some 600,000 may have been made homeless.

In 2010 floods in Pakistan destroyed over 570,000 hectares of cropland. A 2011 drought in east Africa affected 13 million people. Drought in 2012 reduced the Russian grain harvest by 25 percent.

But governments remain less than enthusiastic about action on global warming.

Two years ago at in Durban the UN Climate Conference promised an agreement by 2015 that would commit all nations to keeping global temperatures to under two degrees above pre-industrial levels.

This modest agreement—not enough to reverse existing damage from climate change—would be implemented from 2020 onwards.

Meanwhile, emissions continue to rise. Last year saw a record high for greenhouse gas concentrations in our atmosphere. As a result, just a week before the Warsaw talks began a UN report warned that it would be very difficult to implement the two degree target.

Many studies have now shown that the world’s energy needs could be met by a switch to renewable energy.

But this would require investment on an enormous scale. So governments and corporations are doing the exact opposite.

Despite promises to be the “greenest ever”, David Cameron’s government has cut subsidies for renewable energies and invested billions in further exploiting British oil and gas sources.

Worldwide the top 200 companies spent £441 billion in 2012 to find more oil and gas reserves. Had this money been spent on adopting clean energy, we would have been far closer to avoiding dangerous global warming.

This unbalanced trading is another aspect of imperialism, as major powers force poorer countries to accept things on their terms.

When it comes to poverty in the Global South, Western governments are not innocent bystanders. They are to a large extent responsible.

The most powerful governments will use their muscle to prevent significant action coming out of the UN meeting in Warsaw.

There is no reason why developing industry in the rest of the world should repeat the levels of pollution and environmental destruction that was carried out in Europe or America. It is only capitalist short-termism that pushes them in this direction.

Haiyan teaches us once again the urgency of challenging that system and building a socialist society, one based on the rational, democratic use of resources in the interest of people and planet. 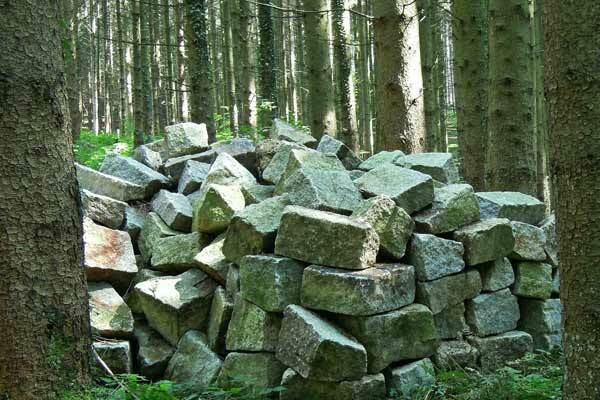 Land and Labour: for a sustainable solution to the ecological crises