This article is over 2 years, 9 months old
Hundreds killed, thousands injured and bodies piled on top of each other. Socialist Worker tells the story of one of the bloodiest crimes committed by the British Empire in India
Downloading PDF. Please wait...
Tuesday 09 April 2019

If the tide of British rule in India can be said to have turned on one day it would undoubtedly be Sunday 13 April, 1919.

In the Punjabi city of Amritsar, a British officer ordered his troops to fire without warning into a peaceful gathering of unarmed Indians. Hundreds were killed in cold blood.

Britain had committed a crime so heinous that anger spread to millions of Indians who now backed calls for independence. And, as the details became clear, even much of the Westminster establishment recoiled.

General Reginald Dyer had arrived in the city in the wake of a day of protests, killing and rioting.

On 10 April soldiers shot marchers demanding an end to repression and for their leaders to be brought back from British-imposed exile.

In return buildings associated with the Empire were burned, and their staff hunted down.

Vicious and occasionally deadly assaults on a small number of white people sent the British incandescent with rage. Hundreds of troops began arriving in the city ­preparing for revenge.

Their officers thought the riots were a clear signal to the rest of the Punjab to rise up.

In their minds, this ­rebellion was an echo of the 1857 uprising, when Indian soldiers had turned their guns on their British officers. That launched a war that swept the occupiers out of much of the north, including Delhi. British control of India had hung by a thread.

India was too big a prize to be lost. It was an enormous source of raw materials for British factories. It produced valuable commodities such as tea and spices which were sold all over the world.

And, as the British ran down India’s own industries, it also became a huge market for British-made goods.

India’s strategic location also made it vital for control of world trade routes, and British domination in Asia and beyond.

The lesson for today was clear. To save the Empire, Amritsar must be made to pay a heavy price for its defiance. 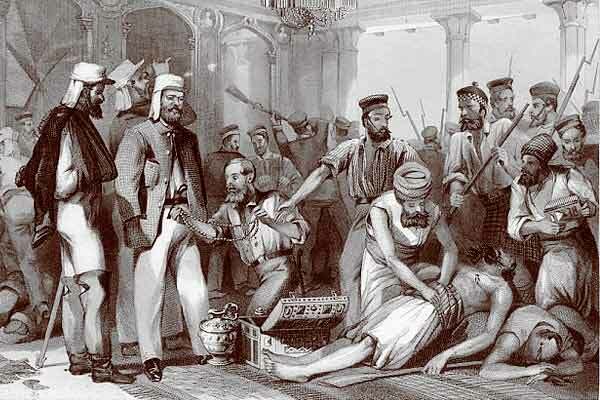 Some officers talked of bombing the centre of the city.

But Dyer, who now took command, had other ideas.

He announced a curfew and a ban on any gathering of Indians. When independence activists defied his orders by calling for a protest rally in the centre of the city the following day, the general sprang into action.

On 13 April he had fifty armed troops and two vehicle-mounted heavy machine guns prepared. On hearing the planned gathering was ­happening, he led his patrol into the heart of the city.

There thousands of pilgrims and families were celebrating the Sikh New Year festival of Baisakhi, visiting the Golden Temple.

By late afternoon, with temperatures in the mid-thirties, groups of ­worshippers retreated to a nearby park called Jallianwala Bagh. The park was surrounded by high walls and entry was by a small number of narrow passages.

Having squeezed their way in, visitors would have seen a raised platform surrounded by a crowd and heard campaigners denouncing British rule.

The park was full with an estimated 15,000 people—Sikhs, Muslims and Hindus—some of who were from ­outside the city and knew ­nothing of Dyer’s ban.

The general ordered his troops to seal all the entrances to the Bagh so that no one could escape, and then instructed the rest of his force to take up position on the edge of the grounds.

Without warning, and at a range of just a few dozen meters, Dyer ordered the soldiers to open fire, directing their shots to where the crowd was most dense.

The firing lasted for more than ten minutes, with 1,650 rounds spent. Some bullets passed through their initial target only to hit others as they continued.

People ran in all directions and towards the exits where bodies simply piled onto each other as the bullets ricocheted around them.

Moulvi Gholam Jilani, a cattle inspector, described how he ran towards a wall, “and fell on a mass of dead and wounded persons. Many others fell on me.

“There was a heap of the dead and wounded over, under and all around me. I felt suffocated. I thought I was going to die. I cannot remember how I managed to extricate myself when the firing ceased. I crept out and then fled.”

At one point, Dyer turned to one of his officers and said, “Do you think they’ve had enough?” Before continuing, saying, “No, we’ll give them 4 rounds more.” So the fifty soldiers fired another 200 rounds.

One man who had been shot recalled, “After the soldiers had left, I looked around. There must have been more than a thousand corpses there. The whole place was strewn with them.

“In addition to the dead, there must have been about a thousand wounded persons lying there. Close by where I was lying, I saw a young boy, aged about 12 years, lying dead with a child of about 3 years clasped in his arms, also dead.”

Dyer was clear that the firing was not simply about enforcing his ban on meetings.

“I fired and continued to fire until the crowd dispersed and I consider this is the least amount of firing which would produce the necessary moral and ­widespread effect it was my duty to produce,” he said.

“It was no longer a question of merely dispersing the crowd, but one of producing a ­sufficient moral effect.”

His “moral lesson” continued after the massacre.

The army set up martial law courts for those accused of wrongdoing. Not only was there widespread torture, but there were all manner of collective punishments.

Teenage “rioters” were tied to poles in the street, and whipped until they lost consciousness, revived by water, and then whipped again. Their parents were forced to watch the spectacle.

At the place where a white woman was badly assaulted, a “crawling order” was declared.

Any Indian who wanted to pass, had to get on down on their hands and knees and crawl the length of the street while being assaulted by British soldiers’ rifle butts.

But as news of the atrocity filtered out and anger spread across India, sections of the British ruling class became fearful. They worried that, rather than drive back a ­rebellion, Dyer’s actions had encouraged one.

They commissioned an inquiry that whitewashed the ­establishment but lambasted Dyer alone for the ­shooting policy. The general was ­eventually ordered to resign after the British House of Commons agreed the censure.

But others in the establishment were livid at what they saw as retreat. They believed Dyer had been following the long-held military policy of using exemplary violence when dealing with “semi-civilised” peoples.

They organised a campaign in the right wing press to clear Dyer’s name and to raise funds for him, eventually collecting some £25,000—approximately £725,000 today.

It dubbed him, “The man who saved India.” 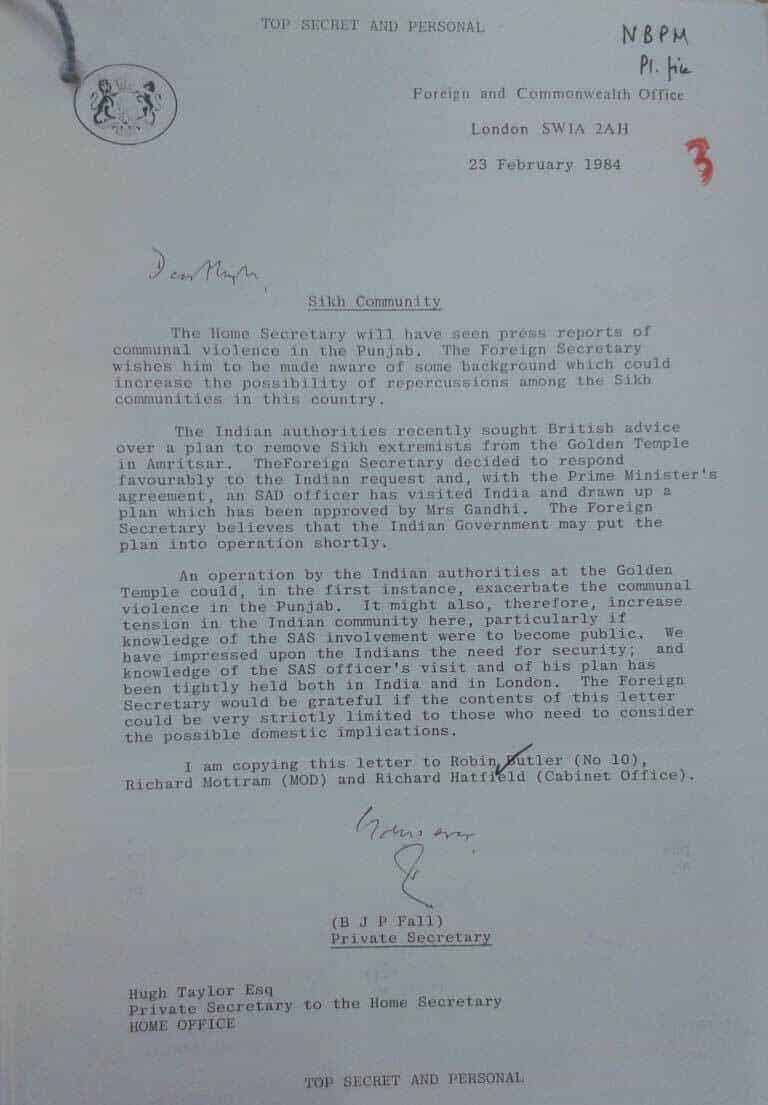 Within a year, whatever the splits among the ruling class, it was clear to all that the massacre had sparked a new wave of resistance.

Gandhi and other leaders of the Indian National Congress announced a new mass campaign of “non-cooperation” to bring independence within a year.

British goods were burned by crowds in the streets, and businesses were shut down.

Children withdrew from British schools and colleges, and all official institutions of state were boycotted.

Within the first month of the campaign about 9,000 pupils left British schools to join new “national institutions”. Trade in foreign cloth collapsed, its value reduced by around half.

In some parts of the country, class struggles fused with the movement for national liberation. It became impossible to distinguish between a ­meeting of peasants and that of the Non-Cooperation Movement.

It took another 27 years for India to obtain its independence. The British clung on with a deliberate policy of violence combined with divide and rule, which separated Hindus, Muslims and Sikhs into competing groups.

Today the British political class admits that Amritsar was a terrible mistake, albeit one committed by a single “rogue officer”. It offers ­mealy-mouthed apologies.

Our demand should be not for a more sincere apology for one massacre.

We need an apology for the whole British Empire, which destroyed the lives of millions of Indians and continues to blight the South Asian sub-continent today.

The real reckoning will be when we sweep away the system of imperialism upon which this horror was based. 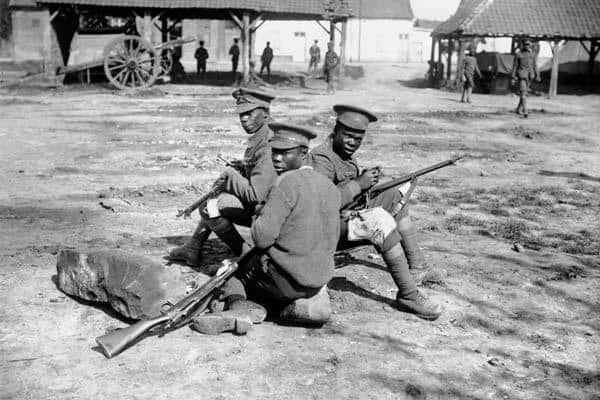 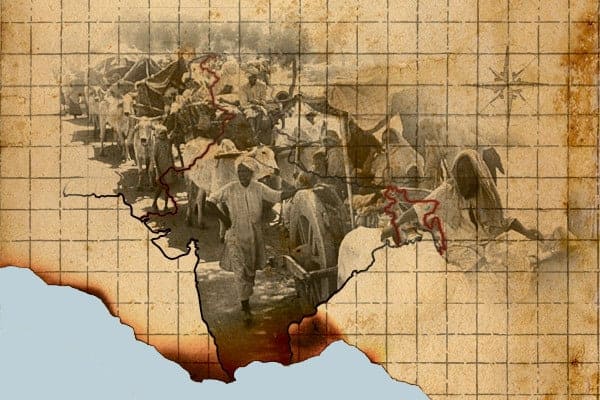 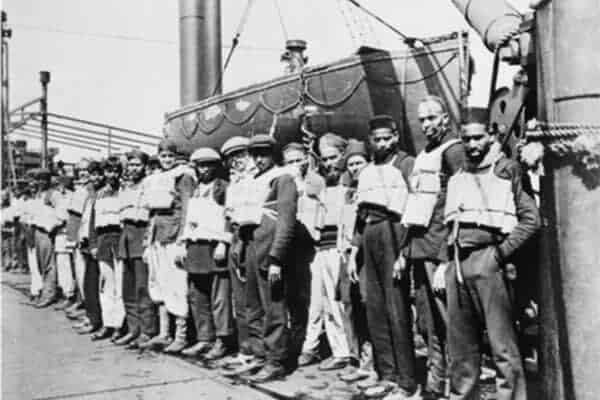