This article is over 16 years, 1 months old
Moira Nolan looks at Angela Davis, who has campaigned against racism and injustice for over 35 years
Downloading PDF. Please wait...
Saturday 03 December 2005

In October 2004, the Not In My Name US anti-war coalition took out a full page advert in the New York Times condemning the war in Iraq.

Among the high profile academics and Hollywood stars uniting to oppose George Bush’s war was Angela Davis — a key figure of the black liberation movement in the 1970s.

Davis was catapulted to international renown in 1970 when the FBI put her on its Most Wanted list and issued an “Armed and Dangerous” poster of her — in those days an invitation to any racist cop in the US to gun her down in cold blood.

Yet for millions of black Americans Davis was a symbol of the movement to end the institutionalised racism of the US—and especially its prison system.

As a child in the 1940s Davis grew up in segregated Birmingham, Alabama, in an area known as Dynamite Hill because of the vast number of black American houses firebombed by the Ku Klux Klan.

The 1960s civil rights movement and the anti-Vietnam war campaigns were springboards for radical change and brought Davis into struggle.

By the late 1960s the mass non-violent campaigns that led to desegregation across much of the South, led by Martin Luther King, had impacted across the whole country.

Black communities were involved in struggles against discrimination in jobs and housing, especially in northern cities such as Chicago and Detroit.

A minority began to see that real liberation for black people could only come about with economic justice and linked individual battles to a wider struggle against the entire capitalist system.

The more radical elements of the black liberation movement began to reject non-violence in the face of the increasing brutal response of the US government.

Organisations such as the Black Panther Party argued for the carrying of arms to use in self defence in the ghettos.

Davis was a Black Panther and a member of the US Communist Party. She argued, “The only true path of liberation for black people is the one that leads towards a complete and total overthrow of the capitalist class in this country.”

Her key campaigning focus was the justice system in the US — she railed, and continues to do so, against the way that the law is used to perpetrate great injustice against black people in the US.

The case of George Jackson was an example of this. He was arrested at 18 for stealing $70 from a petrol station and ended up serving over ten years in jail — seven years in solitary confinement. In 1971 he was killed in a prison riot in the notorious Soledad jail.

From her “respectable” position as a lecturer in philosophy at the University of California, Davis had played a key role in the Soledad Brothers Defence Committee to “Free George Jackson”.

Her uncompromising stance led to an attempt to sack her from her post in 1969.

Ronald Reagan, then governor of California, spearheaded a witch-hunt to get Davis sacked. This met massive resistance across campus and beyond — more than 1,500 students now attended her lectures.

Reagan succeeded when the US state found an excuse to carry his persecution of Davis onto a higher level.

As the movement for black liberation dissipated, the government carried out widespread repression of the Black Panthers.

Some 20 leading members were killed in 18 months and leading figures such as Huey Newton and Bobby Seale unsuccessfully framed for murder.

Davis was accused of supplying guns to Jonathan Jackson, George’s brother. He invaded a California courthouse and took hostages in an attempt to free two black Soledad inmates on trial.

The subsequent FBI manhunt for Davis could easily have led to her death.

After her arrest in New York, Davis was detained for 18 months and became the subject of the kind of campaign for justice she had led for others. She was receiving up to 400 letters a day from around the world.

Her writing from this period is passionate and polemical, and often contains a sharp analysis of race and class.

Women, Race and Class, Davis’s most widely read book, attempts to understand the dynamic between oppression and exploitation in capitalist society.

Her analysis sharply differs from the dominant ideas of many leaders of liberation movements in seeing the struggles for women or blacks as ones that need to engage wider sections of society.

Davis’s engagement with the modern anti-war movement is a testament to her belief that, collectively, we have the power to order the world anew. 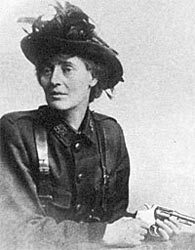 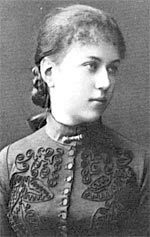