Anti-social assault on the poor

This article is over 18 years, 2 months old
How will a crackdown on young and vulnerable people in society help any of us?
Downloading PDF. Please wait...
Saturday 15 November 2003

TONY BLAIR and David Blunkett have launched a new crusade against what they call ‘anti-social behaviour’.

They hope to strike a chord with people who feel insecure where they live and with those who feel they have been abandoned by the authorities.

But the Anti-Social Behaviour Bill which will shortly become law is not about improving life for ordinary people-it is about punishing and scapegoating the vulnerable, the young and the homeless.

The bill gives the police powers to disperse groups of more than two youngsters, to force young people under 16 to go home and to ban them from an area altogether.

The young people don’t have to have committed an offence. They can be forced to move on if their presence causes ‘alarm or distress’. But this is not defined and could include people claiming to be ‘alarmed’ by the way the young people are dressed.

Reporting restrictions have been lifted so young people served with anti-social behaviour orders can be ‘named and shamed’. The Sun was the first to grasp this opportunity and print pictures of ‘yobs’ as young as 13, giving rise to fears of a lynch mob mentality.

New Labour’s Anti-Social Behaviour Bill has been slammed by 13 children’s charities, including Barnardo’s and the National Society for the Prevention of Cruelty to Children.

Children’s Society chief executive Bob Reitemeier says, ‘This bill is likely to draw more children into the criminal justice system. We are concerned that some children will be unfairly punished for simply being children.’

Legal expert Anthony Jennings QC said, ‘This is the imposition of government morality in relation to the 15 year olds who have done nothing more wrong than be on the street on a warm summer’s night in the school holidays.’

Blair and Blunkett’s bill criminalises behaviour that many would not think of as threatening or dangerous. The law’s targets also go wider than young people. People sleeping rough could be served with anti-social behaviour orders for blocking pavements or begging.

Announcing the latest round of legislation, Blunkett proclaimed, ‘There is no point in all this garbage from the 1960s and 70s about being non-judgemental.’

The bill is silent about the anti-social behaviour of the rich in places such as the City of London, described as one of the world’s most ‘brutal and bestial places to work’ in a recent article in the Financial Times.

A City of London lawyer told the paper, ‘You only have to go out in the City on a Friday night at 6pm and see all the boys, and girls, behaving like louts to see it’s true.’

One late train which is traditionally packed with £100,000 a year high-flyers is known as the ‘vomit comet’. But Blunkett is not interested in City traders.

He wants to penalise young working class people and their families. He wants to turn people’s anger away from poverty, deprivation and neglect by the authorities and towards young people, with no money and nowhere to go.

And as with all such legislation some of the harshest treatment will be meted out to young black and Asian people.

‘The system fails kids but they get punished for it’

THE ANTI-Social Behaviour Bill is just one part of the government’s authoritarian and destructive approach to youth crime.

Barry Goldson, a senior lecturer in sociology at the University of Liverpool, explains the wider issues to Socialist Worker:

‘FOR SOME time we have seen the repoliticisation of youth crime. The government’s anti-social behaviour White Paper is probably their most nakedly authoritarian statement of policy to date.

In addition their new Green Paper, Every Child Matters, was an opportunity to bring state services for children together.

Many people welcomed the idea of addressing the complete needs of the child, rather than different agencies dealing with different aspects.

But it is a major disappointment that children in trouble with the law remain outside that new integrated system.

This separation fits exactly with the way the government has re-established the notion of the ‘deserving’ and the ‘undeserving’ poor.

A child in trouble with the law is firmly in the ‘undeserving’ camp. So state agencies intervene in their lives to correct their behaviour rather than to address their needs.

Policy is driven by the need to be seen to be ‘tough on crime’, in Blair’s famous phrase.

So we have punitive policy. Custodial sentences handed out by the courts have doubled in the last ten years.

This is the ultimate expression of New Labour’s attitude to youth crime. But there is no corresponding increase in the number or severity of incidents involving young people. So the system has become more punitive even though young people are not behaving worse.

Almost all the evidence shows that the reconviction rate for young people is very high and that their crimes tend to get more serious once they have had experience of prison.

The government talks about basing their policies on evidence, but there is no evidence to suggest that youth behaviour is getting any worse. What there is is a moral panic about youth crime, so the public has become sensitised to young people’s behaviour.

The kids who are embroiled in the heavy end of the criminal justice system are the ones who have been the most spectacularly failed by the system.

They come from the poorest families and the most distressed communities. They are already the victims of poverty, injustice and inequality. It is taking a group of kids who have been failed and punishing them again-that’s a very strange sort of justice.

And in prison there is a culture of bullying and brutality. The kids often have serious welfare needs that are unmet.

Many young people in prison self harm and, at the sharpest end, commit suicide. Prison suicide rates are going up. Suicide sometimes makes the headlines, but there is a sea of other miseries young people endure in prison that go unreported.

And there is a culture of racism in prisons. The prison service has made some efforts to tackle this, but research shows little has actually changed.

The prisons inspectorate has delivered some of the most damning reports on the inhumanity of custodial responses to children and young people and the dehumanisation of the young in prison.

Prison does not work at all

JOSEPH Scholes hanged himself while in Stoke Heath Young Offenders Institution in March a month after his 16th birthday.

He had a history of mental illness and self harm but was given a two-year prison sentence for robbery.

Joseph is one of 25 people aged between 15 and 17 who have killed themselves while in custody since 1990. 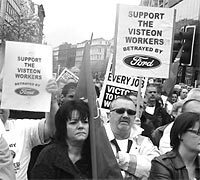 Marxism 2010: ideas to change the world 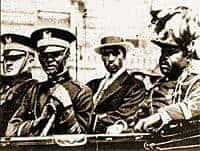