Antisemitism accusations – an attempt to smear anti-Zionists into silence

Last week saw the publication of a report by a group of MPs called the All-Party Parliamentary Inquiry Into Antisemitism. It is an important document to confront, because it is part of a Europe-wide attempt to widen the definition of antisemitism to include root and branch criticism of Israel.

So, even as it highlights a form of racism that is on the increase in Britain, it prepares the way for what could be legal action against people who are opposed to the racism of Israel.

We need to be clear about what we’re talking about, so here are some definitions and distinctions:

The parliamentary report uses all these terms. But in one key area it has blurred the distinction between antisemitism and anti-Zionism. Here it is:

“Examples of the ways in which antisemitism manifests itself with regard to the state of Israel taking into account the overall context could include… denying the Jewish people their right to self-determination, eg by claiming that the existence of a state of Israel is a racist endeavour.”

So if I should write that the Jews have every right to self-determination, but not if it is at the expense of others (as is the case with Israel), it would seem that now I, a Jew who is utterly opposed to antisemitism, am guilty of antisemitism.

Worryingly, this is part of a working definition of antisemitism proposed by the European Union Monitoring Centre on Racism and Xenophobia. The writers of this parliamentary report recommend that this definition is “adopted and promoted by the government and law enforcement agencies”.

The message is clear – anti-Zionists beware. Criticism of Israeli government policies will be permitted, but if you attack the core creed of Zionism, then we’ll call in the law.

The excuse for such a drastic change in the approach to antisemitism is the claim that people are using criticism of Israel as a cover for their hatred of Jews. The two main groups who come under suspicion for this are ­liberal or left wing groupings and some Muslims.

What is curious here is that, in my experience, if people both hate Jews and the state of Israel then they say so. One of the classic forms of antisemitism is to say that “the Jews” are in a “conspiracy” to take over the world, or that they are running the world.

Sometimes, they may say there’s a “Zionist” conspiracy to run the world – but that’s hardly a cunning disguise for a hatred of Jews.

Within this bit of conspiracy theory is the antisemitic idea that “the Jews” or “Israel” or “Zionists” run the US. Again, the people who believe this say so.

It’s a nonsense because the people who run US capitalism and the people who defend what it calls “America’s strategic interests” (often just a euphemism for “raw materials and markets we want to get our hands on”) are simply US capitalists, their officials, allies and armies.

This report highlights the fact that this kind of antisemitism has increased, but it confuses the matter by suggesting that it is hidden within criticism of Israel, rather than being nakedly obvious.

The effect of this is to put pressure on those who criticise Israeli policies – such as the butchery going on in Gaza – and give them cause to wonder if they have been caught up in what the report calls “antisemitic discourse”.

Meanwhile, the report has collated the most up to date statistics on hostility and violence directed towards Jews simply and only because they are Jews. It shows that this is on the increase.

But how much of this is old European style antisemitism (the kind with the bloodiest record) and how much comes out of the Middle East is not clear. We have to fight the merging of these very different kinds of racism.

For many of us, our experience has been that when we’ve marched against those who would desecrate Jewish cemeteries, we haven’t been supported by the Jewish establishment, but when we’ve spoken out against Israel, we’ve been vilified and in some cases threatened. 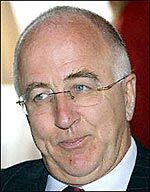 Muddying the waters on antisemitism