Are left wing union leaders too awkward for New Labour?

This article is over 18 years, 3 months old
As New Labour and the bosses gloat over the defeat of the post workers' national pay ballot, Martin Smith, an industrial organiser for the SWP, looks at Andrew Murray's new book on the 'awkward squad' of left union leaders.
Downloading PDF. Please wait...
Saturday 04 October 2003

IN 1998 a relatively unknown train driver from Leeds, Mick Rix, won the general secretary election in Aslef. He was the first in a series of new left wing trade union leaders now known as the ‘awkward squad’. Their election signalled a wider radicalisation taking place inside Britain’s trade union movement.

Andrew Murray’s new book, A New Labour Nightmare: The Return of the Awkward Squad, charts the rise of this new generation of union leaders. This book gives a rare insight into the minds of general secretaries like Bob Crow, Mark Serwotka, Billy Hayes, Andy Gilchrist and Tony Woodley, who are demonised by the right wing press.

One of most interesting sections is a series of interviews with key figures in the movement. Murray asks two important questions. Firstly, what agenda are the union leaders intending to embark on in the coming months and years? Secondly, can the Labour Party be reclaimed or does a new alternative have to be built?

As Andrew makes clear, things began well for this new generation of union leaders. Their rejection of partnership with the bosses and their enthusiasm for growing political movements like the Stop the War Coalition and the anti-capitalist movement were a breath of fresh air for the unions.

As Billy Hayes has said on many platforms, by getting involved in these movements unions are ‘investing in the future’.

But since Andrew wrote the book much has changed. Mick Rix was defeated in the recent Aslef general secretary election, the FBU lost their strike and probably the most shocking of all was the national pay ballot defeat in the post. Serious questions are now being asked of the awkward squad. Already some political commentators are celebrating their downfall.

One unnamed Labour minister boasted to a Radio Five reporter, ‘We are going through the awkward squad like a hot knife through butter!’ From the outset New Labour has seen the rise of the awkward squad as a threat. The first broadside was fired by New Labour employment minister and ex CWU general secretary Alan Johnson last April. Mockingly he told journalists, ‘The TUC left Planet Zog 20-odd years ago, but a few union leaders go back for the occasional day trip.’

Blair soon joined in, claiming he was happy to work with so called sensible union leaders but the rest would have to be taught a lesson. The government’s threats are getting more serious. Two key union leaders have told me that government intermediaries have warned that it will destroy their unions if their members take action.

Yet talk of the demise of the mood that produced the awkward squad is premature. That was brought home in superb style with the victory of an unofficial strike in the Oxford Mail Centre last week and the decision of post workers in London to take action this week over their pay allowances. Only two weeks ago Royal Mail chief Allan Leighton described the national pay ballot as ‘a victory’ and saw it as a green light to go on the offensive against post workers’ conditions and the union.

These strikes have put the bosses on the back foot. It’s too early to say what the outcome will be, but rank and file action has stopped a rout taking place in the industry. We have also seen the recent unofficial walkout by British Airways check-in staff at Heathrow, where reps from the TGWU, GMB and Amicus unions met together. This was a critical catalyst for the organisation of the action.

Thousands of workers in the shipyards along the River Tyne took part in unofficial strike action in support of sacked workmates. We have also seen the magnificent 80 percent vote in the London Region of Unison to continue taking action over London weighting.

We live in contradictory times. On one hand the defeats the union movement has suffered over the last 20 years continue to haunt the recovery. On the other we continue to see bright flashes of the new mood. So far the political radicalisation has pulled the trade union movement along in its wake. For instance the two million strong anti-war demonstration helped to offset the defeat of the firefighters.

But, three setbacks down the road, complacency is the last thing we need. Andy Gilchrist, the leader of the firefighters’ union, wrote a letter to the Financial Times (23 September 2003) stating, ‘I doubt that many of your readers will agree with you that a 16 percent pay settlement represents a ‘defeat of the firefighters’ strike’.’

Tell this to the firefighters who are seeing thousands of jobs going and the introduction of restrictions on union organisation. If that is a victory, I would hate to see what a defeat looks like! Activists are beginning to question the wisdom of just relying on the election of left wing officials. Of course socialists should always support left wing officials against the right. But that alone is not enough.

One thing comes across very strongly in Andrew’s book. This new generation of union leaders genuinely wants to see a fight.

But at the end of the day all union officials are elected to positions within bureaucratic structures and are subjected to conservative pressures that are built into the union machine. A very well paid job free from the daily grind of work can be enough to subdue the instincts of the best militant. It’s obvious that union leaders are not workers. But it is important to say that they are not bosses either. Because their power lies in protecting workers’ conditions even the most cowardly can be forced to fight.

There is another pacifying force on the unions-the anti trade union laws introduced by the Tories and continued under New Labour. They have struck a shrewd blow by bringing the full weight of the law to bear chiefly on the union machine.

During the Oxford strike Billy Hayes and the union deputy general secretary Dave Ward acted in a principled way by refusing to repudiate the strike. But at no time would either encourage secondary action. The reason for this is simple-the union’s funds would have been sequestrated.

Yet at the same time hundreds of post workers were happy to defy the law! This does not mean socialists should abandon the unions to the bureaucracy or treat the awkward squad in the same way as the Blairites. But you cannot put your faith in any section of the bureaucracy to fight in a consistent and determined manner.

This has been clearly demonstrated in the disputes in the fire service and the post. Firefighters overwhelmingly voted to strike, yet after only limited action their leaders were able to call off the dispute.

In the post on the other hand, despite losing the official ballot over national pay, a small section of the union struck, putting pressure on the leadership to activate the London ballot. The key difference between the two unions is the confidence of the rank and file. Just 500 workers in Oxford made the difference.

The relationship between the rank and file and the union bureaucracy is still best summed up by the Clyde shop stewards committee who declared in 1915: ‘We will support the officials just so long as they rightly represent the workers but we will act independently immediately they misrepresent them.’

Once again we are witnessing small but significant moves amongst workers in the post, London Underground and in the fire service to create rank and file organisations based on similar principles. Andrew’s book also raises a second key question facing the so called awkward squad: what should be the relationship between the trade union movement and the Labour Party?

Mick Rix, Billy Hayes and Tony Woodley all argue the need to stay with the Labour Party to reclaim it. Woodley makes his position crystal clear, ‘I don’t support breakaways from Labour-there is just no sense in it. So we need a real change of leadership to one that remembers the roots of the trade unions and Labour Party. There are people like Gordon Brown, but there are others.’

Gordon Brown! He is Blair’s economic architect and the man who has privatised sections of the economy the Tories could only dream of. Backing Labour at all costs undermines our side, as the firefighters found out in their dispute.

Andy Gilchrist believed he could do deals with sections of the government. Prescott held out one hand in friendship and stabbed the FBU with the other. Secondly, the strikes were due to start during the Iraq war. New Labour and the press played the ‘Unite behind the nation’ card. Like so many union leaders in the past Gilchrist had no way of dealing with the attack and ended up putting nation before class.

No sooner had the war ended than the government turned round and attacked the firefighters. But it is not the case that all of the awkward squad show blind allegiance to Labour. In Andrew Murray’s book Bob Crow and Mark Serwotka come out with a different view.

They don’t damn those fighting to reclaim New Labour from the Blairites yet they don’t believe that the project can work. Mark Serwotka is an open supporter of the Socialist Alliance and Bob Crow’s union, the RMT, has opened up its political funds to parties of the left of New Labour.

Andrew Murray’s book comes out at an important moment in the development of the trade union movement. One thing is certain-major struggles lie ahead. But what is not certain is their outcome. The role the new union leaders play and the confidence of the rank and file are going to be two critical factors.

A New Labour Nightmare: The Return of the Awkward Squad by Andrew Murray (Verso, £13) – Andrew Murray’s new account of the rise of the left union leaders.

‘The Return of the Rank and File’ by Martin Smith, in International Socialism 94 (£3) an analysis of the role of rank and file organisation in trade union struggle.

Both are available from Bookmarks, the socialist bookshop -phone 020 7637 1848 or go to www.bookmarks.uk.com 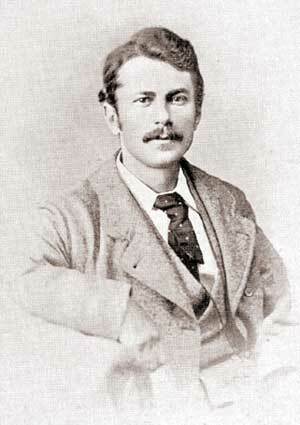 Edward Carpenter: for liberty and love 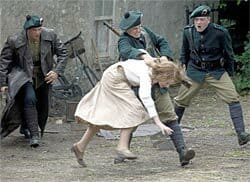 Ken Loach on The Wind That Shakes the Barley 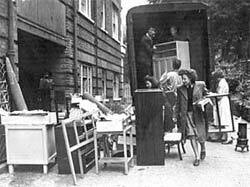 Fighting to keep a roof over our heads