This article is over 13 years, 2 months old
This month marks 90 years since the end of the First World War. Neil Faulkner looks at what the official remembrance ceremonies show about the ideology of our rulers
Downloading PDF. Please wait...
Tuesday 11 November 2008

George Bush and Tony Blair – leading architects of a war that has killed more than a million people in Iraq – appear side by side. Bush wears a stars-and-stripes lapel badge, a symbol of belligerent nationalism and the self-declared “war on terror”. Blair wears a poppy.

The poppy is the enduring symbol of the hypocrisy of our leaders who take us to war.

It goes back, of course, to the First World War, whose end is marked every year on Remembrance Sunday. The war produced an unprecedented wave of “remembrance”.

The Commonwealth War Graves Commission was set up in 1917, for instance, and it now manages the graves of 1.5 million British and Commonwealth dead from 90 years of war.

The missing of the First World War were many. Some men were simply sucked into the mud and drowned. Or they were buried alive when shells caused their dugouts to collapse. Or they just disappeared altogether, blown into thousands of tiny pieces and scattered.

The missing became the focus of great battlefield monuments after the war. The 1927 Menin Gate in Ypres lists the names of 55,000, the 1932 Thiepval Memorial on the Somme a further 72,000.

Remembrance Day itself was dedicated by king George V in 1919 – it recalls the moment when the guns fell silent on the Western Front on 11 November 1918.

Later, in 1921, the Earl Haig Fund, a charity for ex-servicemen, was launched, and the sale of poppies marked the build-up to Remembrance Day. It is named after Sir Douglas Haig, the British commander responsible for the mass slaughter at the battles of the Somme and the Passchendaele.

Why did the British ruling class create this official industry of remembrance? The First World War was different in scale from anything that had happened before. It plunged the world into an abyss of barbarism, industrialised killing and destruction, waste, suffering, and grief beyond imagination.

The result was a tidal wave of revolt against world rulers. Poppies, cemeteries, and remembrance rituals were the official response to popular anti-war bitterness.

In 1914, men had marched to war with a chocolate box image of what it would be like. Heads were filled with dizzy notions of empire, nation, and glory. Enemies were demonised as militarists and baby-killers.

Many saw the war as a great adventure and an escape from lives of drudgery and poverty at home. Nothing prepared them for what was to come.

It was not that their leaders lied about the realities of modern war. They did not know either and were equally unprepared.

They imagined a quick campaign, a decisive battle, a rapid descent on the enemy capital. The Germans expected to capture Paris within six weeks of the start of the war.

What made it so different was that the First World War was a war of global empires and industrial mass production – a distinctive type of war characteristic of capitalist imperialism.

For 20 years, the global economy had been growing fast. At the time, people thought the great boom would go on forever. But beneath the surface of events, the mole of history was at work.

Under capitalism, growth meant intensified competition as the giant corporations of the global economy clashed in a struggle for markets, contracts, and profits.

Behind them stood the great powers – imperialist nation states whose armies and navies had been used to carve the world into rival empires in the interests of their own capitalists.

By the early 20th century, with most of the world divided up, the great powers increasingly confronted one another head-to-head.

The British Empire feared the growing industrial and military power of imperial Germany. The war that erupted in 1914 was a war to redivide the world.

But the First World War was not only an imperialist war on a global scale. It was also a war of modern industry.

Capitalism had created the corporations and empires whose collision caused the war – and also the mass industries that were to make modern war so violent and destructive.

Modern economies were able to equip, supply and transport conscript armies of millions. In 1870, the Prussians had defeated France with an army of 300,000.

The cost in lives exceeded all expectations. Between ten and 20 million people were killed. Millions more were maimed forever, returning home with bits blown off or minds deranged by horror and fear.

Millions of others wept for lost fathers, husbands, and sons.

The survivors faced a bleak world. The post-war economy collapsed, and the reward for many returning “heroes” was the poverty and hopelessness of unemployment.

Popular revulsion against the carnage fused with class anger against exploitation and privation at home. A wave of revolution swept across Europe.

This potential had flashed intermittently through the early years of conflict. Opposing soldiers had fraternised in no man’s land during Christmas 1914. Many soldiers had practised “live and let live” – tacit agreements not to fire on one another.

At home, as blockades and shortages cut into living standards while war profiteers pocketed millions, strikes and street protests erupted.

In 1917 it broke through into mass struggle. The French army mutinied on the Western Front in the spring. The Italian army broke and headed for home in the autumn. Both revolts were limited.

But in Russia, revolt turned into revolution and an end to war.

It started with mass strikes and protests in Petrograd and other industrial centres, but it quickly spread into the army. Soldiers refused to attack.

Russians fraternised with Germans and Austrians across the line. Soon, following the example of the workers, the soldiers were forming democratic councils and taking control of the army from below.

The ferment of revolt culminated in the Bolshevik Revolution in October 1917 and an end to the war on the Eastern Front early the following year.

As the “contagion” of revolution spread westwards, Germany’s war leaders launched a final desperate offensive on the Western Front. But they failed to break through – leaving the German army facing defeat while the German working class was in revolt at home.

The armistice of 1918 was a product of incipient revolution – Germany’s rulers surrendered for fear their army would mutiny and the state collapse.

Even the winners were scared. Britain, France, and Italy all experienced mass strikes, giant demonstrations, and a huge growth of the left.

Because of this political upsurge, the legacy of the war was bitterly contested. Official remembrance rituals are one of the results.

Official remembrance looks two ways. It mourns the dead and regrets their loss. But at the same time it glorifies their “necessary sacrifice”. The war was terrible, the argument goes, but the price was worth paying. That is why Blair can wear a poppy.

We, too, mourn the dead. But our mourning is mixed with bitter anger against the rulers and the system that create such carnage.

The poppy is tainted by the hypocrisy of warmongers and imperialists. It is better to wear an anti-war badge, representing a struggle to end war by challenging the rulers and the system that cause it.

There is reason for hope. The First World War created modern industrialised war, with its murderous firepower, its aerial bombing, its starvation and ethnic cleansing.

But it also spawned a universal hatred of war and mass movements to end it. The anti-war movement of recent years has revived that tradition. And now the crisis of capitalism has reopened the argument for a socialist world that could abolish war forever.

Neil Faulkner is an archeologist and historian based at Bristol university.

The Imperial War Museum in London is marking 90 years since the end of the First World War with various exhibitions and events. Go to » www.iwm.org.uk for more details 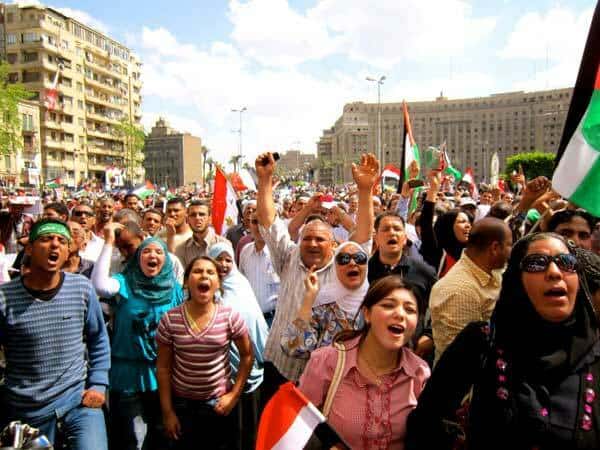 We've a world to win

The nightmare that is haunting Bush now