This article is over 18 years, 2 months old
The campaign to stop the Nazi British National Party making a breakthrough on 10 June is gathering pace. Matthew Cookson reports from one election hot spot
Downloading PDF. Please wait...
Saturday 22 May 2004

THE NAZI British National Party (BNP) is hoping to make a breakthrough in the European elections on 10 June. The BNP hopes to capitalise on the disillusionment with New Labour and a low turnout. But the forces exist that can stop the BNP. Unite Against Fascism has been drawing those forces together in unprecedented numbers to campaign against the Nazis.

A key area in the battle against the BNP is the north west of England. Rob Jackson, a Unite Against Fascism activist in Manchester, says, “The BNP have made some significant headway in areas like Burnley. They are trying to crack into Manchester and Oldham by spreading their message of hate. We have a situation where people are legitimately pissed off by their area’s degradation and poverty. The problems are real, and people are looking for answers.

The BNP message is that asylum seekers, and black and Asian people, are the problem. Unite Against Fascism is organising a Stop the BNP festival in Manchester on Sunday 30 June, sponsored by the North West TUC. It has a fantastic line-up of bands. We want to pull people together to show the great benefits of having a multicultural society. We are having bands that play a wide variety of music, from reggae to hip-hop, which would all be banned if the BNP had their way.

We have already organised a successful week-long series of events in April. There was a real cross-section of people at an organising meeting we held on Monday of last week to plan for the festival. Everybody was really excited and serious about the festival. We want to draw the majority of people together in a show against the BNP. I think a lot of people don’t understand the danger.

The mainstream media and the council haven’t done enough to make people realise that they could wake up on 13 June after the votes have been counted and have BNP leader Griffin as our MEP. If people realise that I think the turnout will be much higher. Whatever people do they have to turn out and vote in the European elections. However bad they think the mainstream parties are, the BNP is much worse.”

The BNP believed it had made a significant breakthrough in Burnley last year when it conned its way to having eight councillors. But it has suffered two blows since. Luke Smith resigned as a councillor after being thrown out of the BNP. Maureen Stowe resigned as a BNP councillor after she discovered the racism at the heart of the organisation.

It failed to find enough candidates to contest all 15 wards up for election in Burnley and is standing in just eight. Paul Moore, a Labour Party councillor in Burnley, told Socialist Worker, “If you asked me last year if I thought Griffin would get in I would have said yes. Now I think it’s closer. I think the way that immigration is played in the press, and the anti-Labour feeling around the war and weapons of mass destruction are all playing into the BNP’s hands. The BNP said it wanted ‘fairer’ funding for the communities. At the recent budget meeting its council leader refused his right to speak on the issue. To not speak out at budget meetings is failure at the highest level. None of the BNP councillors even turned up for the budget meeting the previous year.

We hope to beat them on their record of failure as councillors, not just on the history of the BNP and what they stand for. This failure is resonating on the doorsteps. I’ve been out canvassing and to community meetings, and you still come across some of the BNP myths. One example is that Burnley has been given £15 million for regeneration. The BNP say it’s all going to the Asian areas. The truth is that over 50 percent is going to white areas. When things start off as a rumour they can become an urban myth. The BNP is still strong here.

But the BNP has shown it’s not a wonder party. It’s councillors do nothing and say nothing. My real fear is that Griffin can win a seat in the European Parliament. Once he’s in, the BNP will have access to more funds. It will become more professional and more normalised. In Burnley the Labour Party is fighting an active campaign. We are exposing the BNP. There is a lack of enthusiasm for the European elections. The logistics of the postal vote are a nightmare. But it will be one of the biggest body blows to the BNP that we can deliver if we stop Griffin getting in.”

The elections in the north west are starting earlier than in most other areas because people will be voting by postal ballot. These will start being delivered on Wednesday of next week and should all have been delivered by Saturday 29 May. Ballot papers must be returned by 10 June, but it is better to return them as soon as possible.

Naeem Ul-Hassan, a GMB union community liason officer in Burnley, says, “The GMB is organising against the BNP. I am there to help the communities. We want to bring all the communities together. People see that the BNP are lying. It isn’t enough. The GMB has leafleted every ward in Burnley to let people know we are there for them. The trade unions organised a May Day march for manufacturing, as businesses are going down. This was successful. We’re trying our best, building bridges in Burnley. We have distributed thousands of leaflets.”

Jo Wood, a Unite Against Fascism activist in Burnley, says, “We have leafleted Burnleywood, an area that is seen as one of the BNP’s strongholds, for the Unite day of action. It would be terrible if Griffin got elected. He would be up there with the French fascist leader Le Pen in Europe. We’re working as hard as we can to stop it from happening. The BNP have had a lot of bad publicity. Some people think that’s enough, but we can’t be complacent. We have to keep fighting.”

The rise and fall of the welfare state 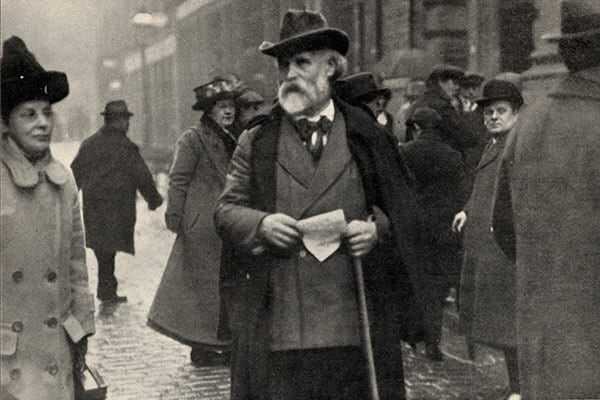