This article is over 13 years, 2 months old
The British National Party hopes to make a breakthrough in the upcoming Euro elections. Martin Smith answers five questions on the fascist party, and explains how it can be beaten
Downloading PDF. Please wait...
Tuesday 26 May 2009

Life in Britain is hard for working class people. Unemployment has reached 2.2 million and continues to grow.

The expenses scandal has rocked parliament and has left millions of people disillusioned with the mainstream parties and many are looking to punish them at the ballot box.

The fascist British National Party (BNP) is trying to exploit this situation. It believes it is going to make a major breakthrough in the upcoming European parliamentary elections.

Here are five things you need to know about the BNP – and what you can do to stop it.

1 – Is the British National Party a Nazi party?

The BNP is not just another right wing party like the Conservative Party or UKIP. It is a fascist organisation that admires Hitler’s Nazi government in Germany.

Hitler’s regime saw the murder of millions, the annihilation of entire communities and the destruction of democracy.

From its very beginnings BNP leaders have worshipped Hitler. One of its founders, John Tyndall, used to dress up in Nazi regalia and once proclaimed that Hitler’s book Mein Kampf was his “ bible”.

Before joining the party, the BNP’s present leader, Nick Griffin, belonged to several Nazi organisations including the National Front.

During the 1980s he shared a flat with Italian fascist Roberto Fiore, who had links to a right wing terror group involved in the 1980 bombing of Bologna train station, which killed 85 people and wounded over 200.

Just like Hitler’s Nazi party the BNP is a racist party.

He said, “I don’t believe these comments are racist. I am not a racist and that is that.”

Fascism is about more than just racism. As the Russian revolutionary Leon Trotsky put it, “The historic function of fascism is to smash the working class, destroy its organisation and stifle political liberties when the capitalists find themselves unable to govern and dominate with the help of democratic machinery.”

2 – Is there any truth to the claim that the BNP is no longer a fascist party?

BNP leader Nick Griffin goes to great lengths to claim that the BNP has ditched its Nazi heritage.

This is simply a lie. Griffin knows that if his party were to state what it really believes, most BNP voters would reject it.

That’s why the BNP has spent so much time and effort trying to deny what it really is.

Le Pen argued that in order to build up the FN’s strength its members could no longer openly proclaim their dedication to Hitler and genocidal racism.

Instead they would present themselves as nationalists who were concerned about immigration and multiculturalism, in order to embed themselves within the political system.

This did not mean dropping fascism, but hiding it. Le Pen’s FN still has an army of thugs it uses to spread race hatred and terror, as does the BNP in Britain.

Whenever the BNP manages to root itself locally, racist attacks and murders in that area rise.

The National Party in the Czech Republic is an openly Nazi party. It used its recent TV party political broadcast to call for a “Final solution to the Gypsy question”.

The Final Solution was the name of Hitler’s policy of murdering millions of Jews, Gypsies and other minorities.

Simon Darby, the deputy leader of the BNP, even defended the actions of the Czech National Party saying, “There is a Gypsy problem there. What’s wrong with people who talk openly about their problems?”

The BNP believes it has found itself at the centre of a “perfect storm”. It is growing for three main reasons.

First there is racism. Griffin openly boasts that the BNP is being aided by the racist filth and lies being peddled by the media and some politicians.

They are, as one BNP spokesperson said, “making our message respectable”.

Fascists have nearly always used racism as a way of winning support.

In the 1930s Hitler targeted the Jews. In Britain in the 1970s the National Front – the forerunner of the BNP – attacked black and Asian communities. Today the BNP is directing a lot of its hate towards Muslims.

In every BNP target area, it has tried to whip up Islamophobia.

In its latest Euro election leaflet the BNP states: “We oppose the dangerous drive – backed by the other main parties – to give 80 million low waged Muslim Turks the right to swamp Britain”.

Second there is economic despair. The BNP wants white workers to blame migrants and foreign workers for the rise in unemployment.

That’s why it is promoting the slogan “British Jobs for British Workers”.

It is a lie. Migrant workers didn’t create this crisis. Greedy bankers and a Labour government that worships the market are the immediate factors behind the crisis.

Blaming foreign workers lets the real culprits off the hook.

Third is the failure of Labour. The BNP is feeding off despair with a Labour government that has betrayed working class people. This has created a vacuum that the BNP wants to fill.

The media likes to claim that it is the white working class that votes for the BNP. The reality is more complicated.

Historically fascism has been a primarily middle class movement.

The fascist parties in Italy and Germany in the 1920s drew their core support from the “petty bourgeoisie” – small businessmen, the self-employed and the like.

During times of crisis these people often see their livelihoods destroyed – but they do not have the traditions of collective resistance found among the working class.

Today, although the BNP does draw much support from angry and frustrated working class communities, the vast majority of these people are not fascists.

As a report published by the Democratic Audit points out, while the BNP has done well in places where Labour had once been strong, it does not mean that former Labour voters are simply switching over to the BNP.

In particular it claims, “The BNP gains its electoral support from all three of the largest parties; and in fact it gains the most from the Conservatives and the least from Labour.”

The BNP’s membership list – which was leaked last year – showed that out of the 584 members who stated their occupation, 28 percent were either police, prison or security workers.

A further 13 percent were shopkeepers or company owners.

Of the sample list 65 percent of those members who stated their occupation are from middle class backgrounds.

Unite Against Fascism (UAF) is a broad based campaign. Its supporters come from many different political backgrounds on the left – the Labour Party, the Socialist Workers Party, the trade union movement, faith and community groups and those with no political affiliations.

We may disagree on many things but one thing unites us – if the BNP ever took power we could all end up in concentration camps.

UAF uses mass propaganda to expose the Nazi face of the BNP and campaigns against it.

LMHR also goes into schools and colleges to make the case against the BNP.

But propaganda is not enough. Like other fascist parties, the BNP uses a dual strategy of participating in democratic politics while also organising terror gangs on the ground.

That means when the Nazis try to take to the streets – like they did in the 1930s in Cable Street, the 1970s in Lewisham and the 1990s in Brick Lane – it is vital that organisations like UAF and LMHR mobilises as many people as we can to stop them.

We also have to build a real fightback over jobs, housing and public services to stop the BNP feeding off despair.

For more information, and to get involved in Unite Against Fascism, go to » www.uaf.org.uk 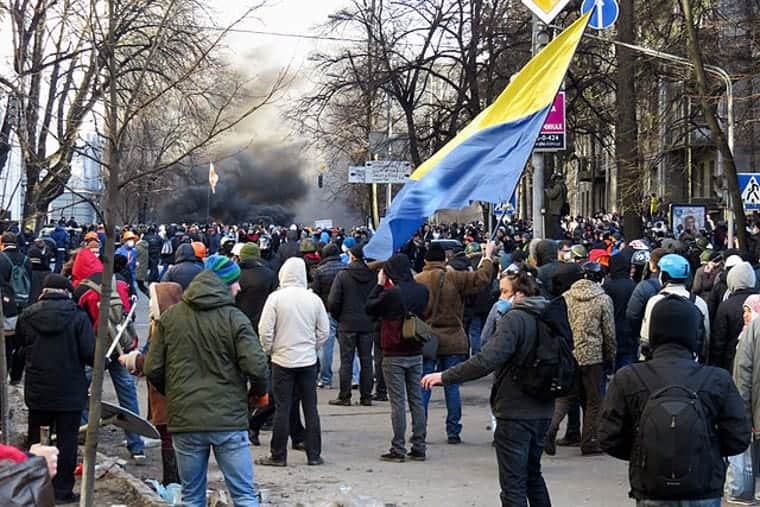 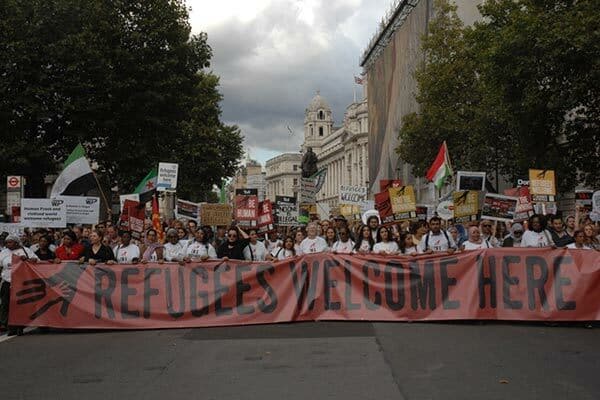 They gambled our future