Blair’s gang wants this regime for all workers

This article is over 19 years, 10 months old
Tony Blair has formed an unholy alliance with the two most right wing leaders in Europe to drive through an assault on workers' rights across Europe. Blair's friends-Spain's leader Jose Maria Aznar and Italy's Silvio Berlusconi – want to push through privatisation, deregulation, more flexibility and attacks on trade unions.
Downloading PDF. Please wait...
Wednesday 27 March 2002

Tony Blair has formed an unholy alliance with the two most right wing leaders in Europe to drive through an assault on workers’ rights across Europe. Blair’s friends-Spain’s leader Jose Maria Aznar and Italy’s Silvio Berlusconi – want to push through privatisation, deregulation, more flexibility and attacks on trade unions.

Britain already has the longest working hours, the toughest anti trade union laws and the most deregulated economy in Europe. Now Blair wants to bring the worst of Aznar and Berlusconi’s regimes to Britain. There is massive job insecurity in Aznar’s Spain. Over one third of Spanish workers are in precarious jobs, where bosses can hire and fire at will.

Spain also has the highest number of workers on ‘fixed term contracts’, where workers have no job security and few rights. In Italy there are over three and a half million ‘irregular workers’. Berlusconi is trying to ram new labour laws through to make it easier for bosses to sack workers.

Blair is not satisfied that workers in Britain work themselves into the ground just to be able to scrape by. He wants to sweep away ‘labour market rigidities, restrictive practices or role demarcations’. That means forcing workers to be at the beck and call of the boss 24 hours a day, seven days a week.

It means attacking trade unions, and stamping on the rights we’ve won for things like paid holidays or sickness pay. It means more workers on short term contracts and unsociable shifts, and to hell with our health, relationships and social lives. This has created a storm of outrage among trade union leaders in Britain. But we need more than fighting talk. We need a massive revolt.

In France the government was forced to promise and implement legislation for a 35-hour week after a wave of protests and strikes over welfare. Today in France there is a wave of strikes by young workers in insecure jobs in Disney, Virgin and a host of other shops. Workers sacked by McDonald’s won their jobs back after 115 days on strike.

In Italy Berlusconi’s first government was ousted in 1994 after a wave of protest against ‘pension reform’, including a demo of one and a half million people. Last Saturday three million people took to the streets against Berlusconi (see page 5).

In Spain hatred at Aznar’s neo-liberal assault spurred hundreds of thousands to join the magnificent half a million strong anti-capitalist march in Barcelona. It is time our union leaders opened up a third front against the Blair-Aznar-Berlusconi axis and mobilised the anger which is simmering in every area of Britain.

Millions forced to do overtime

FOUR MILLION workers in Britain still work over 48 hours a week, a new survey by the TUC reports . This is despite the fact that New Labour is supposed to have implemented the European Union’s working time limit of 48 hours a week.

Workers in Britain work longer hours than those in every other country in the European Union. An incredible one and a half million workers do more than 55 hours a week, and over half a million work more than 60 hours a week.

Nearly half of all companies (47 percent) use opt-outs from the 48-hour working time limit for at least some of their workforce. And the biggest companies are the worst. In firms with between 500 and 5,000 workers some 71 percent use the opt-out.

The opt-out is used by 61 percent of engineering firms, and 50 percent of employers in the print industry, the NHS and retail. A majority of us have to do some kind of overtime. Some two thirds of all workers work extra hours every week.

Nearly half the people who work overtime say they do so because they need the extra money just to get a decent standard of living. Some 34 percent of those doing overtime do so without pay just to be able to cope with ‘unmanageable workloads’.

The CBI bosses’ club may howl for more flexibility. But they are totally inflexible when it comes to workers’ needs. Some 41 percent of workers are not allowed free time off for vital activities such as doctors’ appointments or for domestic emergencies.

And 42 percent of workers have no flexibility at all over altering their working hours. All figures are from the TUC survey ‘About Time’.

‘I WORK about 53 hours a week in a warehouse with a staff of about 30. Some people work even more than me. We’re involved in storage-forklift truck driving, loading and unloading. For our basic working week of 40 hours we get about £195 after tax. The people who have families have to work overtime just to get by.

If we had decent pay we wouldn’t spend so much time at work. The amount of hours I work means at the end of the day I’m almost comatose. It’s very difficult to do anything in the evening except fall asleep. I get up at 5am for six days a week. Saturday night is the only night I get a good night’s sleep. The management put a lot of pressure on people to work overtime. If you refuse you might not get it in the future when you really need it.’
WAREHOUSE WORKER, Home Counties

I’m a single bloke but a lot of the other drivers are the main income earners for their families. They’ve got mortgages, kids, rents, and if you just do 38 hours a week you take home £183. You can start as early as 4am. There’s a high turnover of staff because of the hours, the pay, the conditions. I had a week off at the end of January and it took me three to four days just to wind down.’
MIKE WILLIAMS, Bristol bus driver

‘IN SPAIN many workers are on what are called ‘rubbish contracts’-short term temporary contracts with no rights and usually miserable wages. There is a high level of insecurity for those in work, and bosses try to sack people at will. Half the unemployed get no benefits at all. At Sintel, a telecoms firm, we went on strike for six months against the bosses’ plans to sack us, and we won back our jobs. At the firm we are 90 percent unionised, but in the whole of Spain unionisation is just 12 percent.

The fact we were organised made all the difference. We camped out in the centre of Madrid in front of a government ministry. We built a shanty town. We even took electricity and water from the street cables so we could survive. We organised protests, meetings and a host of activities. We won after 183 days. We were only able to stick it out because of the magnificent solidarity we received all around Europe-from workers, from the unemployed and from pensioners.’
FREDERICO DOMINGUEZ, telecoms worker, Spain

'We beat giants of privatisation' 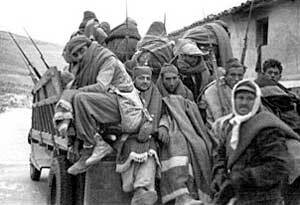 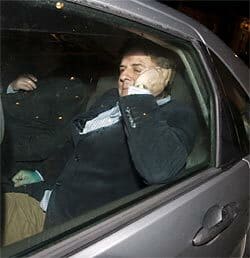 We need your money now more than ever