Blair should pay for his war crimes

This article is over 18 years, 3 months old
The Labour Party's conference begins in Bournemouth this Sunday after its shattering defeat in Brent East
By Charlie Kimber
Downloading PDF. Please wait...
Saturday 27 September 2003

DELEGATES COULD potentially humiliate Tony Blair at Labour’s conference. It will be a test for the union leaders-if they really used their power they could wound Blair fatally and force his resignation. Party managers will find it very hard to keep Iraq off the agenda and, if there is a proper debate, then there will be motions directly rejecting what the government has done.

If such a motion was passed it would not of course lead to immediate orders for withdrawal. The truth is that-just like the motion passed in 2000 calling for pensions linked to earnings and last year’s motion passed against PFI-the government would ignore the conference.

The real Labour tradition for a century has been that delegates can vote but ministers do largely what they want. But what a blow it would be to Blair if his own party conference-stage managed, neutered and battered into line-voted against the central policy of his second term! It would show that Blair was utterly isolated.

But although there has been much opposition inside the party, it has been ineffective in halting Blair’s war drive. The opposition he really feared was on the streets, not inside the party. Some Labour MPs voted against the war-but the solid majority had blood on their hands.

Even in the biggest rebellion, 247 backed the government while 139 did not. Significant numbers of Labour members have despaired of the party and ripped up their membership cards because of the war. Tens of thousands more have seriously considered it.

A year ago the Labour conference very nearly passed an anti-war motion. If just a few big unions had changed their votes then Bush’s most trusted ally would have had his war policy rejected. Some 40 percent of the conference voted to oppose totally any military action against Iraq. The motion won backing from a third of delegates from local Labour parties, and over half of the delegates from trade unions. The vote was even more remarkable because the anti-war position was not given a fair hearing.

During the debate there were 21 speeches directly on the question of war and Iraq. Fifteen of those called were in support of the leadership’s line. Even then the overall debate went very badly for Blair. Just minutes before it was due to be voted on, the leadership withdrew an executive statement which pointed towards support for war.

The motion which was eventually passed was not clearly anti-war, but neither did it give Blair a free hand. It said British policy should be to go through the UN, and that force should be a last resort to ‘enforce UN decisions’.

Behind the scenes key delegates were reassured that this meant there would have to be a second UN resolution before New Labour would back a war. International development secretary Clare Short told the press that she would be ‘staggered if there is not a second resolution’ (not so staggered that it stopped her voting for war without one, however).

Party managers rushed round telling delegates it would be disastrous if Blair was defeated again, having already lost over privatisation earlier in the week. At the time many of the pro-Blair speakers seemed incredibly weak. Now their arguments seem ludicrous.

For example, Rhondda MP Chris Bryant said, ‘There is a lot of talk about Tony being Bush’s poodle, but I wonder who is wearing the dog collar. It was Tony who told George to declare in favour of a Palestinian state. It was Tony who forced George to go to the UN. It’s Tony who is insisting the central aim of any war is not regime change but disarmament.’

Blair posed as the man who, far from being a warmonger, was going to dispense justice for all. He said, ‘We need coalitions not just to deal with evil by force if necessary, but coalitions for peace, coalitions to tackle poverty, ignorance and disease.’

What has happened since? Mass murder in Iraq-and absolutely nothing effective on any of the other issues Blair mentioned.

‘Which party are they reclaiming?’

Would you like Jim Callaghan’s Labour Party, with its pay norms, where people were asked to take pay cuts? Or would you like Harold Wilson’s, with his politically motivated attack on the seamen and his feriously anti trade union struggles? Or Clement Attlee, who I guess was the best of the bunch? But let’s remember when Attlee’s government nationalised industries, it didn’t do it to put the working class in power.

It did it to acquire an infrastructure on which companies could then make profits. Or would they prefer Blair’s nearest equivalent, Ramsay MacDonald, who in 1926 betrayed the General Strike and in the 1930s left the Labour Party and joined the Tories and formed the national government?

Which of those Labour Parties would they like? I think the idea of reclaiming Labour is a lost cause.’

‘The Blair clique won’t silence me’

‘THE LABOUR Party seems determined to expel me after three decades of membership. I face a hearing in front of three officials on 22 October. It is clear to me that the decision does not rest with those three, but will be taken by Tony Blair and his court. A string of further charges have now been levelled at me.

These include the ‘crimes’ of congratulating an anti-war candidate on his election to the Preston council chamber, and calling on anti-war campaigners in Plymouth to hold their MP to account.

The documents sent to me from the party’s headquarters include verbatim transcripts of speeches I made at Stop the War Coalition public meetings. That Labour Party officials are secretly recording such meetings should send a shiver down the spine of everyone who cares about democracy. It is the behaviour of the Blair clique that has brought the Labour Party into disrepute, not the actions of those of us who opposed the war.

I do not intend to be silenced. I will continue to speak out for peace and justice-whether inside the Labour Party or out of it, whether in parliament or not.’

Part of a rotten tradition of backing imperialist wars

But then came 15 February, and two million on the streets. The mood shifted and even affected parliament. On 26 February 122 Labour MPs rebelled. In the key debate on 18 March, the eve of war, 139 Labour MPs backed a motion against attacking Iraq. This was despite intense lobbying from Blair, Brown and the rest of the hierarchy.

Cherie Blair was wheeled out to pressure women MPs. Christian members of the cabinet were used to persuade their co-religionists. The last year has shown just how rotten the Labour Party is. It has continued its terrible tradition of backing imperialist wars from the First World War to the Falklands and Afghanistan. Yes, 139 Labour MPs voted against war on 18 March.

But 247 supported the government and 24 did not vote. And of the 139 who voted the right way, only about one in ten went on to actively oppose the war. The Labour Party has always been pulled towards backing ‘the national interest’ (a myth to cover up class divisions) before international class interests. Throughout, Labour members have been persuaded to put the interests of the party leaders before the interests of the working class.

This is not just about individual failings-it is about the whole way that Labour operates within the system. That is why it so urgent to discuss building a credible socialist alternative.

'We deserve better than Blair or Brown' 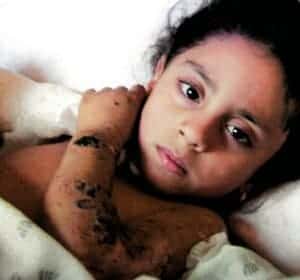