This article is over 17 years, 3 months old
The brother of Omar Deghayes talked to Anindya Bhattacharyya about the battle to win justice and release him from US custody
Downloading PDF. Please wait...
Saturday 19 March 2005

Omar Deghayes fled to Britain aged 11 to escape persecution in Libya. He was granted asylum, grew up in Brighton and applied for British citizenship. Yet today he lies caged in Guantanamo Bay—and the British government is refusing to lift a finger to help him.

Abu Baker Deghayes spoke to Socialist Worker about his younger brother’s plight. “We only found out that Omar was in Guantanamo Bay when the Red Cross contacted my mother,” he says.

“That was about three years ago. The only contact we’ve had is letters that came through the Red Cross. They are very heavily censored—they just say things like ‘How are you?’ and ‘I’m fine.’”

But according to human rights lawyer Clive Stafford Smith, Omar is anything but fine. US interrogators have tortured Omar, he says, permanently blinding him in one eye with a pepper spray. And he has been visited by Libyan officials, who have threatened to ship him back to Libya.

Stafford Smith represented several of the British Guantanamo detainees freed earlier this year. He has now taken up Omar’s case, writing to foreign secretary Jack Straw asking him to intervene to free Omar.

But Straw has so far refused to help Omar, claiming that since he is not technically a British citizen, there is nothing he can do—despite the fact that Omar’s family have been here since 1986.

“We’re really worried about him,” says Abu Baker. “If the Americans hand him back to Libya it will be very dangerous.”

Their father, Amer Deghayes, helped build the trade union movement in Libya and was an opponent of Colonel Gadaffi’s regime. Amer was tortured and murdered in 1980.

“Brighton council has now voted to adopt Omar’s case. All the councillors voted for the motion. The public pressure helps, but there’s still much to be done. We hope the government comes to its senses and intervenes on behalf of Omar.”

Last weekend the Bush administration announced plans to transfer over half the prisoners held in Guantanamo to custody in Saudi Arabia, Egypt and other “friendly” regimes.

Abu Baker is deeply worried by these plans. “If they send them to those dictatorships, they will have no chance of a fair trial or anything. They may even be killed,” he says. “If these people are criminals, they should be charged. Otherwise they should be released.

“We fled our country because of this sort of oppression and came here. I thought this country was a safe place, but even here it’s changing.

“Now I see they can arrest people on suspicion without charging them. This can be used against anyone in future, so many innocents will be entangled in this.”

Nevertheless, Abu Baker remains optimistic that sustained public pressure can help secure Omar’s release. He says he has been touched by the support from the anti-war movement.

He says, “I’d like to be on the 19 March demonstration. I think it’s very good and I wish the demonstrators success. They are standing up for the right cause, saying no to all this nonsense. I ask them to pray with me for the release of my brother.

“I’m astonished by the support of the British people for my brother’s case and for other oppressed people. It shows there’s still a lot of good in human beings, and it gives me a lot of hope.” 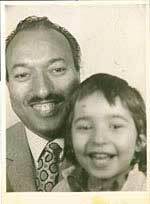 Nightmare world where all rights are taken away