Lindsey German is the convenor of the Stop the War Coalition.

In Britain, a survey in the Financial Times shows that 38 percent of those questioned said defence and foreign affairs were the most important issues facing Britain, compared with only 2 percent who felt this in 2001.

Tony Blair cannot get his agenda back to domestic issues because the groundswell of opinion continues to be against him.

His invitation to Iyad Allawi, the interim prime minister of Iraq, to address Labour’s conference was hastily withdrawn because the backlash against war goes right to the heart of politics in Britain.

The Stop the War Coalition has been busy despite the summer holidays. The delegation to Downing Street by Rose and Maxine Gentle, mother and sister of Gordon Gentle who was killed in Iraq, gained headline publicity and widespread sympathy.

The picket over Najaf the following day showed solidarity with the Iraqi resistance.

It is just two months till the ESF comes to London. We are planning for a mass demonstration in London on its final day.

In September and early October there will be public meetings with popular speakers across the country to build for the demo.

The ESF can bring opposition to war from across Europe right to Tony Blair’s doorstep. Make sure you start building it now.’

‘KEN LOACH will be showing a new version of his film Bread and Roses at the ESF. The day after, the Living Wage campaign has planned a seminar on fighting exploitation.

After that we plan to march to Canary Wharf. We are bringing together the people involved in recent May Day protests in London—South East Region TUC, Globalise Resistance and the wider labour movement. We want to carry on the fight against a modern “upstairs downstairs” approach towards cleaners from managers at Canary Wharf.’

‘I’ve NEVER been to a Social Forum before, World or European. It’ll be a brilliant opportunity to meet like-minded people from other countries. I went to Marxism 2004—that was a really good event.

I’m looking forward to hearing informed people speaking about what’s happening in places like Iraq. There’s so much going on in the world.’

ROB JACKSON is a young activist in the PCS civil service workers’ union.

‘I’VE BEEN putting up posters and I’ve distributed leaflets for the ESF at work. I raised it in a union branch meeting and gave a brief introduction.

It’s great because it means all of the issues that the ESF brings together—from racism to war—are raised in the workplace.

I’m planning to bring people from my work and civil service reps from around Manchester.’

Inspirational figures from the global movement

THE ESF will be a feast of debate and discussion.

Walden Bello from Focus on the Global South will join a debate on how to take on the G8 summit, scheduled for Scotland next summer.

Algerian resistance leader Ahmed Ben Bella will head a panel on the struggle for democracy in the Middle East with activists from Afghanistan, Iran and Egypt.

Aleida Guevara, daughter of Che, will be speaking on life in Cuba today.

Also coming are Edgar Paez from the Colombian unions struggling against Coca-Cola, Evo Morales from the Bolivian movement, and a senator from P-sol, the new radical party in Brazil.

Other speakers include journalists George Monbiot and John Pilger, leader of Nigerian groups fighting the Shell oil company Oronto Douglas, and Michael Albert from Z-Net on alternatives to neo-liberalism.

A forum on racism, rap and resistance is planned with Asher D, Skeme and Big P, and Corey Johnson.

A discussion on Islamophobia will be led off by Muslim activist Tariq Ramadan from France.

The ESF will be a carnival of counter-culture, with an all-day video and film programme, including the premiere of a new film about the resistance in Iraq and an acclaimed Palestinian road movie.

There will be music events taking place throughout the ESF, including a Love Music Hate Racism European special at the Astoria, Mick Jones from The Clash’s new band, and a UK hip-hop allstars showcase.

Asian Dub Foundation will be headlining the final concert at the end of the international demo in Trafalgar Square. 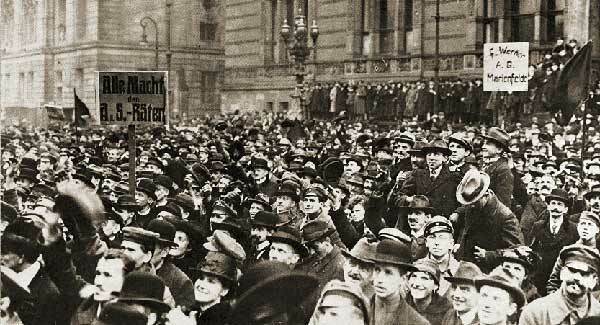 Sexuality and struggle in Weimar Germany

The system that keeps women in chains