He told cabinet colleague Roy Hattersley that he hesitated because he feared the army might not be able to withdraw for “weeks or even months”.

In the event troops withdrew in 2007.

The official history of the conflict, co-written by General Mike Jackson, is Operation Banner—An Analysis Of Military Operations In Northern Ireland.

Jackson was second in command of the Parachute Regiment when it shot dead 14 unarmed people in 1972 after a civil rights march in Derry on Bloody Sunday.

He was later to command British forces during the invasion of Iraq.

According to that official history, and what passes for thinking in many media articles, the conflict in Northern Ireland was about two warring tribes. This says British soldiers had to keep Catholics and Protestants apart for their own sakes.

In reality the occupation of Northern Ireland was brutal, repressive and murderous. Far from keeping warring tribes apart, it was a colonial military occupation.

Britain denied it was at war while it fought a decades-long, brutal counter-insurgency.

In 1969, refugees were pouring into southern Ireland from working class nationalist areas of Belfast and Derry. They were fleeing state-backed pogroms.

The southern Irish government moved Irish troops up to the border.

Some of those facing the violence of the Northern Irish state hoped they would invade. But their actions were more likely aimed at making sure the trouble stayed in the North.

A Civil Rights Movement of marches and civil disobedience was met with repression.

People called for minor changes, such as one person, one vote in local government, a points system for housing and the outlawing of job discrimination. The Northern Ireland government resisted these demands with batons.

Unable to reform, the Northern Ireland government called up the Ulster Special Constabulary. This was a part time force of thugs made up entirely of Protestants.

Since 1922, when Ireland was partitioned, Northern Ireland had been governed by a devolved parliament, modelled on Westminster but sitting at Stormont in Belfast.

Stormont had the power to legislate over nearly every aspect of Northern Irish domestic life. Foreign policy and some central taxes remained the preserve of Westminster.

The Ulster Unionist Party was in government for 50 years. Northern Ireland was a one-party state, operating an institutionalised form of discrimination.

Emergency law and order legislation was normalised as a tool to be used against the minority nationalist population. Nationalist and republican marches, publications—including left wing publications—and emblems were frequently banned. 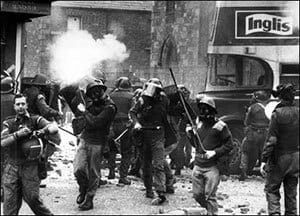 The Northern Irish police force, the Royal Ulster Constabulary (RUC), was armed—unlike any other British force—and was overwhelmingly Protestant and Unionist.

There was open discrimination against Catholics in employment and housing allocation, which also determined the right to vote in local elections.

In January 1969 a People’s Democracy march from Belfast to Derry was attacked at Burntollet Bridge a few miles outside Derry.

It led to rioting and sectarian attacks by the police on the people of the Catholic Bogside area in Derry.

Following the “Free Berkeley” slogan of student protesters in the US, the barricaded zone was dubbed “Free Derry”.

People put up barricades to defend themselves, then took them down. By August they were reinstated following an attack by the RUC and members of the Protestant Apprentice Boys, one of the Protestant Loyal Orders.

As Derry socialist Eamonn McCann recorded, “Barricades went up all around the area, open-air petrol bomb factories were established, dumpers hijacked from a building site were used to carry stones to the front.”

The reasonable demands for an end to discrimination were met with a violent backlash, orchestrated by extremists and supported by sectarian cops.

When that force couldn’t cope, the British state sent troops to prop it up.

Derry was the site of the “Battle of the Bogside”. This was large-scale rioting in August 1969 after police and the Specials attempted a pogrom through the Bogside.

The police lost control of the city and, by the third day of clashes, the coercive capacity of the Northern Ireland state was running out.

In July and August 1969, some ten people—eight Catholics and two Protestants—were killed. Some 154 were shot, 745 injured and 300 treated for the effects of CS gas used by the security forces.

In Derry, a single dairy reported having 43,000 milk bottles stolen over a three-day period to make petrol bombs.

Nationalist areas bore the brunt. According to historian Jonathan Bardon, it suffered 83.5 percent of the damage and made up 1,505 of the 1,820 families who fled their homes.

The state responded with more repression, internment and massacring civilians in Ballymurphy in Belfast and on Bloody Sunday in Derry in 1972.

Ulster, he said, had been cynically betrayed by Britain’s policies that had relegated it to “the status of a Fuzzy Wuzzy colony”.

Troops on the streets and repression brought more sectarianism. Without organisation looking to mass mobilisation in the North and, importantly, South, the space of resistance was mostly filled with armed struggle against Britain.

The Republicans were a tiny force in Northern Ireland in 1968. But their message began to connect with thousands who faced British army bullets and the naked terror campaign of Loyalist death squads.

The depth of resistance meant that the British state could not repress Northern Ireland into stability.

But the repression weakened the potential for mass struggle that could have ended the sectarian state.

British soldiers propped up the sectarian state and poured fuel on the fire. Only when they left was there the chance of peace, if not justice.

One of Boris Johnson’s first acts as prime minister was to try and appease backers of murderers in Northern Ireland.

He created an Office for Veterans’ Affairs.

Veterans will be represented in the cabinet by minister Oliver Dowden and former soldier Johnny Mercer.

Mercer said Johnson has tasked him to “end the repeated and vexatious pursuit of veterans”.

In Northern Ireland, Loyalists who want to reignite sectarianism against Catholics are trying to use the issue.

Yet just four soldiers have been convicted of shooting civilians while on duty in Northern Ireland in circumstances where the courts ruled they were guilty of murder. 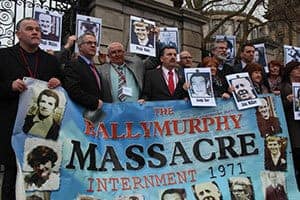 Campaigning for justice over the Ballymurphy Massacre (Pic: Sinn Fein/Flickr)

One conviction was overturned on appeal.

All four were freed after five years of their life sentences. All were allowed to rejoin the British army.

A small number of killings by British soldiers are being investigated. The vast majority are not.

In the early 1970s, an illegal agreement existed between senior army and police officers. It meant that soldiers involved in fatal incidents were rarely interviewed by police officers or by military police. Where they were, soldiers lied and faked evidence.

In March defence secretary Gavin Williamson guaranteed that all soldiers will be entitled to retain their own lawyers “without limit of time or cap on expenditure” for any investigation.

The soldiers will not be means tested nor required to contribute to their own legal costs.

That generosity has not applied to the victims of British soldiers. Their relatives are still fighting in a raft of cases.

This includes the Ballymurphy Massacre.

The ultimate butchers in Northern Ireland were the politicians—Tory and Labour—who unleashed the army and the death squads it backed.

They, and the soldiers who fired the bullets, still need to be brought to justice. 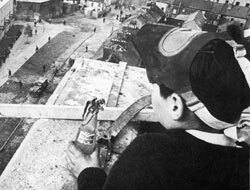 The Battle of the Bogside 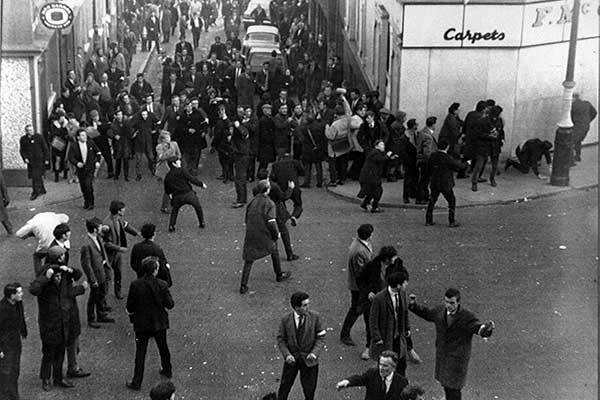 October 1968 - when Derry dared to revolt against British imperialism 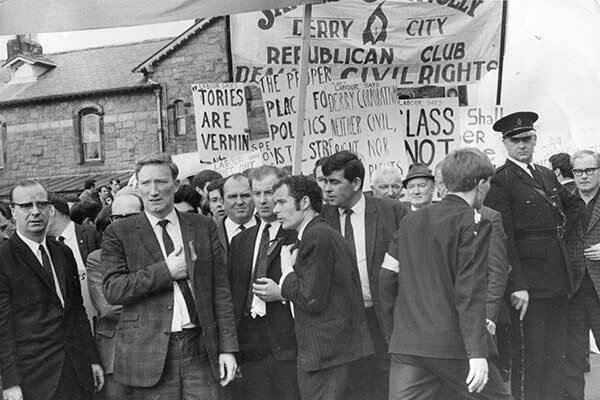