This article is over 17 years, 10 months old
NEW LABOUR boasts that it has been hugely successful at cutting unemployment. The number of people out of work and claiming benefit, 892,000, is at a 30-year low. But this 'success' is based on a great illusion. There is increasing evidence that the real unemployment figure is much higher, perhaps two million more.
Downloading PDF. Please wait...
Saturday 13 March 2004

NEW LABOUR boasts that it has been hugely successful at cutting unemployment. The number of people out of work and claiming benefit, 892,000, is at a 30-year low. But this ‘success’ is based on a great illusion. There is increasing evidence that the real unemployment figure is much higher, perhaps two million more.

Socialist Worker went to Merthyr Tydfil in the South Wales Valleys to meet people who are part of the ‘hidden unemployed’. None of them are counted as unemployed. All of them are.

I suppose some people would see me as a scrounger, but my health is not good. I only did 11 years underground but it still did for my lungs. After I lost my job I had a bit of a breakdown. I think it was because I realised that it was pretty unlikely that I was going to get another job, or at least not a job that meant much to me or anyone else. There are a lot of us here who feel that we’re shut out of the world you see in the newspapers and on television. It’s a foreign country to me, that life with money and nice things and travel.

I could work if it was the right sort of job. But what’s on offer is heavy work on short term contracts, which I’m just not up to. I’ve no qualifications to speak of and no car. There are other men who worked in the pit with me who are just the same, who get frightened at the thought of going down the valley to Cardiff. It’s a big place and we’re all a bit done in, to be honest.

These are men who used to think nothing of the dangers of the pit! There’s been lots of talk of regeneration in the Valleys and there are some good people who are trying to make things better and some useful community projects. But these firms come here and get their grants and then they disappear again leaving nothing but broken hearts. It feels like we’ve been forgotten. What am I? A man who retired at bloody 30! I’m not even a statistic on the unemployment register.’

‘MERTHYR TYDFIL has been a health black spot for two centuries. In the late 1930s one in five children died before they were five here. That’s like some of the worst parts of Africa today. So let’s not romanticise the great old days of coal and steel. Ill health today, like then, is a combination of poverty, bad diet, a legacy of hard work and a sort of hopelessness.

The last of those is now a very strong factor and it interacts with all the others. There are a lot of men around 50 years old who are not working. They used to do jobs where they had a certain pride and purpose and now they don’t quite know what they are doing. It’s not like they have the money to enjoy themselves. Quite a few of them have physical problems allied to a mental ill health-deep depression and a feeling of isolation.

Of course it’s much too much of a stigma to say that too widely because it would be seen as a judgement on individuals, when really it is a judgement on society. There are thousands of people in this area on long term sick who are genuinely not well and deserve their money but would be able to contribute to society if their life was different. It helps to keep the unemployment figures low if they are shuffled off to another category.’

‘I’M A single parent with three kids who left school at 16 and has to look after her mam as well. So I don’t think I’m going to make it as a managing director.

I’d like to work and, believe it or not, I’m far from stupid. I used to write poetry and I love to read a book in that brief moment in between getting the kids to bed and giving in to the telly or a drink. If there was childcare and a way of training I’d like to be a teacher. But it’s all ifs, isn’t it?

I was joking with my friend that they should come to Merthyr and make a TV programme called I’m a Human Being, Get Me Out of Here. I love the people here and I love my family. But the heart really went out of the place with the pits and the steel and nothing has replaced it. My dad was a miner and we used to have the union and the Labour Party.

It doesn’t seem there are unions like that now. As for the Labour Party-well, they’ve abolished it, haven’t they? I’m sure that shower you see in parliament can’t be part of anything you’d call socialist.’

‘I RETIRED a few years ago, not because I wanted to but because the company had a scheme to let people out with a bit of cash. I could see the writing on the wall with redundancies coming and I took the bribe. I know I’ll not work again. I’d love to have a job but who’s going to take me on at my age? Maybe I could get a job at Tesco’s but it isn’t really me, and anyway they go for youngsters who don’t have a choice to say no to £5 an hour.

Me and the wife have a hard time to get by. We get to the checkout at the supermarket and sometimes have to put things back. I’m talking a packet of biscuits, not luxuries. You can get a turkey leg for 90p down the market and we’ll have that for Sunday roast. It’s a struggle to budget enough for the grandchildren’s presents, although we manage it.

When you’re not in work it’s very easy to slip into a downward spiral, wasting your time, drinking too much. Some of the younger ones get into bad drugs and a few into crime. I survive, I think, because a long time ago I realised that it wasn’t my fault that I’m poor. It’s not our fault. We’re better than the lives we’ve had dealt to us.’

The hidden unemployed are made up of five main groups:

(1) People who have retired early-often not because they wanted to-and aren’t eligible to be counted as unemployed but who really would like to have a job.

(2) People on sickness benefits of one sort or another who could work if the right sort of jobs were available.

(3) People, mainly women, who are prevented from working by childcare responsibilities or the need to care for elderly relatives. They are not ‘actively seeking work’ and cannot register as unemployed.

(4) People who aren’t eligible for benefits and are missed even by the wider definition the government uses of unemployment because statistics are collected only from a small number of sample areas.

(5) People on government schemes. A thoroughly researched study in 2002 suggested that the hidden unemployed amounted to 1,830,000. The figure today is probably higher. 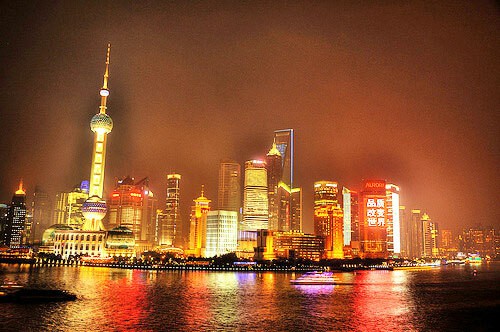 How our anti-war protests rocked Blair