This article is over 19 years, 3 months old
THE MASSIVE demonstration against war on Iraq surpassed everyone's expectations in its size, unity and spirit.Lindsey German, the convenor of the Stop the War Coalition, spoke to us about what the anti-war movement plans next.
Downloading PDF. Please wait...
Saturday 12 October 2002

THE MASSIVE demonstration against war on Iraq surpassed everyone’s expectations in its size, unity and spirit.Lindsey German, the convenor of the Stop the War Coalition, spoke to us about what the anti-war movement plans next.

‘The demonstration has had a huge impact across the world. The fact that we pulled together a massive demonstration, probably the largest demonstration in our lifetimes and certainly the biggest demo over the question of war and Palestine, was a huge achievement.

‘We are getting requests all the time for new groups and for people to set up activity. It marks a breakthrough politically for the movement. We are organising a ‘Don’t Attack Iraq’ day on Thursday 31 October. This means that people have the next two weeks to organise the biggest and most effective protests in their local area, workplace, college or school.

‘We want this to be a mass protest. We want people in every town and city up and down Britain to organise a range of activities, from school assemblies, student occupations, walkouts at work at lunchtime, meetings at lunchtime, hanging banners out of office windows, to even lighting candles in your windows at home.

‘People should try to organise and do anything they feel can be a protest against an attack on Iraq. We have a Student Stop the War Coalition and we really want to hit the colleges on that day. In every college we want people to take action – to occupy and join street and other protests.

‘The majority of student unions around Britain will support it. But also post office workers, fire brigade workers, rail workers and others, who were all very well represented on the demonstration, can take action. It won’t be possible in most places to have strike action on the day, but it will be possible to have lunchtime meetings and walkouts and other forms of protests at work which really give a sense of the opposition to the war.

‘We can set up ‘Stop the War’ groups in all kinds of workplaces, which can organise for and build action on the day. We are also asking people to gather in town centres at 6 o’clock in the evening of 31 October.

‘This is about bringing the protest about the war home to every town and city. In the run-up to 31 October we want to organise a lot of social events and big public rallies where we get MPs and other speakers. People should also try and raise money for the Stop the War Coalition. We spent a fraction of what the Countryside Alliance spent on their demonstration.

‘They spent £1 million. We spent £30,000, and we don’t have access to resources. On the day the war starts we are also committed, along with CND, to holding protests again and to organise the mass direct action and civil disobedience that Tony Benn called for last March.

‘We are also considering a date for another national demonstration, although the date partly depends on what the timetable for the war is. The movement against the war represents the majority of public opinion in this country.

‘On 31 October we want to draw even more people to take part in the movement. We want everyone to do something on 31 October.’

This warmonger did deals with Iraq 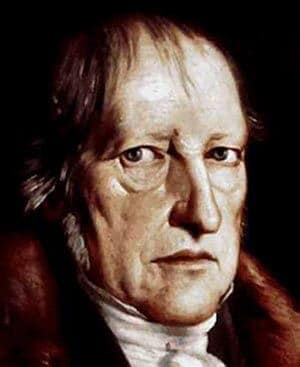 Marx and Hegel: Interpreting the world in order to change it